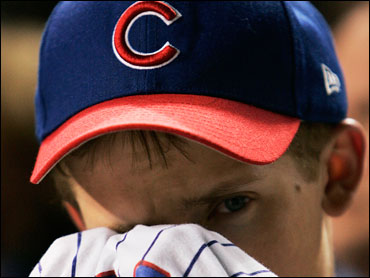 The Chicago Cubs baseball team filed for Chapter 11 bankruptcy protection Monday, a step that will allow its corporate parent to sell the team in an $845 million deal.

The filing in Wilmington, Del., was anticipated and is expected to lead to a brief stay in Chapter 11 for the Cubs. A hearing on the case was scheduled for Tuesday in front of the judge who has been handling the bankruptcy case of the Cubs' owner, Tribune Co.

The Cubs' filing is part of the Tribune Co.'s plans to sell the team, Wrigley Field and related properties to the family of billionaire Joe Ricketts, the founder of Omaha, Neb.-based TD Ameritrade.

Tribune, which also owns the Chicago Tribune and the Los Angeles Times, filed for bankruptcy protection in December, but the Cubs were not included in the filing. The team's run through Chapter 11 is expected to protect its new owners from potential claims by Tribune creditors.

Tribune bought the Cubs in 1981 for $20.5 million from candy maker Wm. Wrigley Jr. Co. It announced plans to sell the franchise in 2007, but got tripped up by the recession and the collapse of the credit markets.

It has agreed to sell the Ricketts family a 95 percent stake in a deal that tops the record $660 million paid for the Boston Red Sox and its related properties in 2002. Tribune Co. is keeping the remaining 5 percent.

Major League Baseball's other team owners have approved the sale.

The Cubs' bankruptcy filing is not the first in baseball. The Baltimore Orioles were sold in a bankruptcy auction in 1993 after owner Eli Jacobs filed for Chapter 11. The same happened to the Seattle Pilots after the 1969 season. The new owners moved the team to Milwaukee and changed the name to the Brewers.

The National Hockey League's Phoenix Coyotes, a franchise that has yet to make a profit since moving from Winnipeg, Manitoba, in 1996, filed for Chapter 11 protection in May.