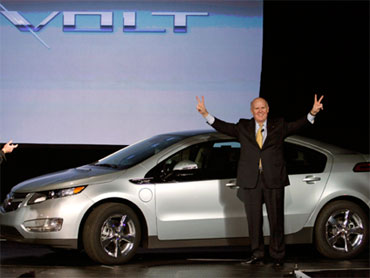 DETROIT - The Chevrolet Volt has won the 2011 North American Car of the Year at the Detroit auto show.

The Ford Explorer won the truck of the year.

The awards were announced Monday morning on the first day of media previews for the show.

Finalists for the car award were the Volt, Hyundai Sonata and Nissan Leaf. Truck finalists were the Dodge Durango, the Explorer and Jeep Grand Cherokee.

Forty-nine auto journalists from the U.S. and Canada made the picks. The vehicles are judged on innovation, design, safety, handling, driver satisfaction and value.

Awards are often used by automakers in advertising.