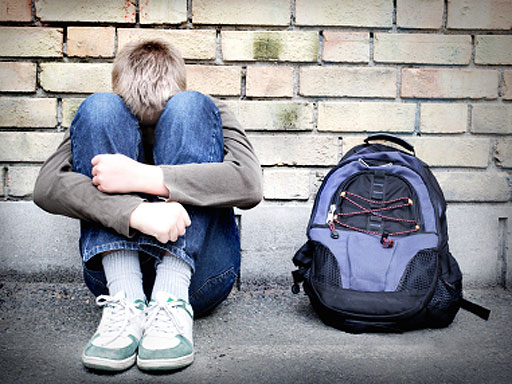 (CBS) Can being bullied damage youngsters' self-esteem and undermine their ability to make new friends and forge family relationships? Apparently so, at least if they have fur and four paws.

In a new study from Rockefeller University, mice that had been pushed around by dominant males grew unusually nervous in the presence of new company. That change of behavior could affect everything from courtship and "pair-bonding" to parenting abilities, researcher Yoav Litvin said in a written statement.

Litvin and colleagues conducted a series of experiments in which young mice were put into cages with larger, older mice. After the turf battles that the young mice inevitably lost, the mice were separated by a partition that allowed them to see, smell, and hear one another - a stressful experience for the loser.

When the bullied mice were then put into cages with non-threatening mice, they seemed unusually fearful and reserved. And when researchers then examined the brains of the bullied mice, they found changes indicating heightened sensitivity to a hormone called vasopressin - which in humans is associated with aggression, stress, and anxiety.

The good news? The discovery of the brain chemistry changes suggests doctors may be able to develop drugs to counteract the effects of bullying in humans.

"The identification of brain neuroendocrine systems that are affected by stress opens the door for possible pharmacological interventions," Litvin said in the statement. "Additionally, studies have shown that the formation and maintenance of positive social relationships may heal some of the damage of bullying."

The study was published in Physiology & Behavior.