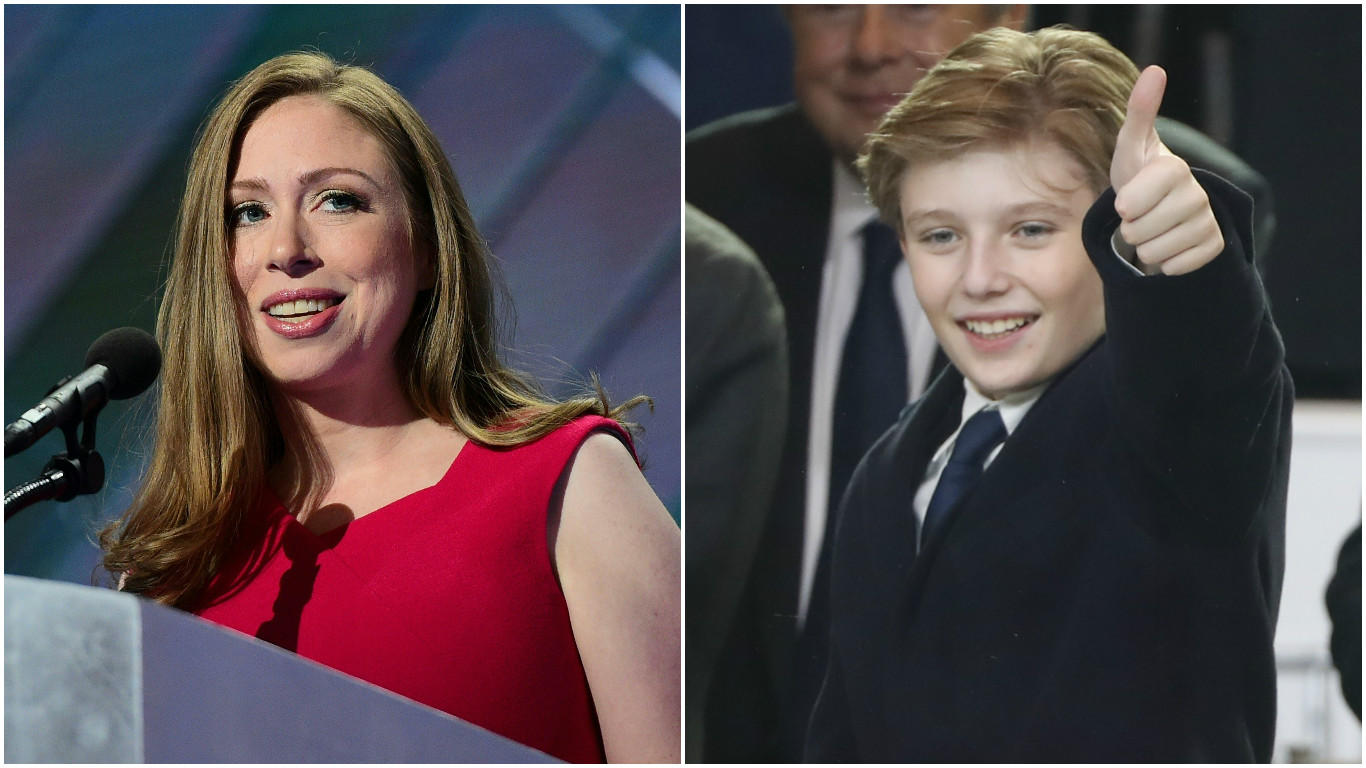 While the majority of the country was likely arguing about the size of the inauguration crowd or the Women’s March on Washington this weekend, another controversy was brewing over first son Barron Trump.

During the inauguration, off-color tweets began trickling in targeting 10-year-old Barron as he appeared behind his father during the various televised events of the day. Almost immediately, those jokes were condemned as inappropriate by people from both sides of the aisle. Journalists, comedians, and prominent political figures across the spectrum rushed to defend Barron, a child who did not ask to be put in the spotlight.

Perhaps the most notable response came from Chelsea Clinton, a former first child who faced her own media bullying. Clinton tweeted he deserves “to be a kid” while also vaguely alluding to his father’s policies.

Even Monica Lewkinsky spoke out on behalf of Barron in a tweet late Monday afternoon.

A firestorm of criticism rained down on “Saturday Night Live” writer Katie Rich, in particular, for her offensive joke about Barron posted on Twitter. A petition to NBC to fire her received nearly 84,000 signatures and counting. The network had no official comment, but a source familiar with the situation confirmed she was suspended indefinitely immediately after the tweet was sent. By Monday afternoon, Rich had deleted all of her previous tweets before issuing an apology.

Underage first children have traditionally been seen as off-limits bystanders in a political world they did not choose to enter, and therefore protected from the scrutiny given to their parents. But that rule hasn’t always been followed.

Clinton herself, just twelve years old when her father took office, was also infamously ridiculed for her appearance by “Saturday Night Live,” which led to an apology from the show’s executive producer Lorne Michaels. After Clinton, the Bush twins became the butt of late-night comedy jokes after they were branded as party girls during their college years. Amy Carter, Jimmy and Rosylyn Carter’s youngest, was also the butt of jokes in a less politically correct era.

Malia and Sasha Obama were criticized by a Tennesee congressman’s spokesperson in a Facebook rant she wrote about the teens’ seemingly uninterested attitudes during their father’s 2014 turkey pardoning. She later resigned after a swift backlash. And after it was announced that Malia would attend Harvard after taking a gap year, a slew of racist remarks reportedly forced Fox News to lock down its comments section.

Despite these lapses, it has been mostly the norm for first children to simply be left alone. The consensus from the weekend seems to be Barron Trump is no exception, no matter how unconventional his father might be. For what it’s worth, Barron also got some warm attention from the internet after he was seen playing peek-a-boo with his nephew, Ivanka Trump’s 10-month-old son Theodore.

President Trump has vocally opposed “SNL”, and Alec Baldwin’s portrayal of him, on Twitter in recent months. In a statement on Tuesday afternoon, the White House asked for privacy, saying “it is a longstanding tradition that the children of Presidents are afforded the opportunity to grow up outside of the political spotlight.”