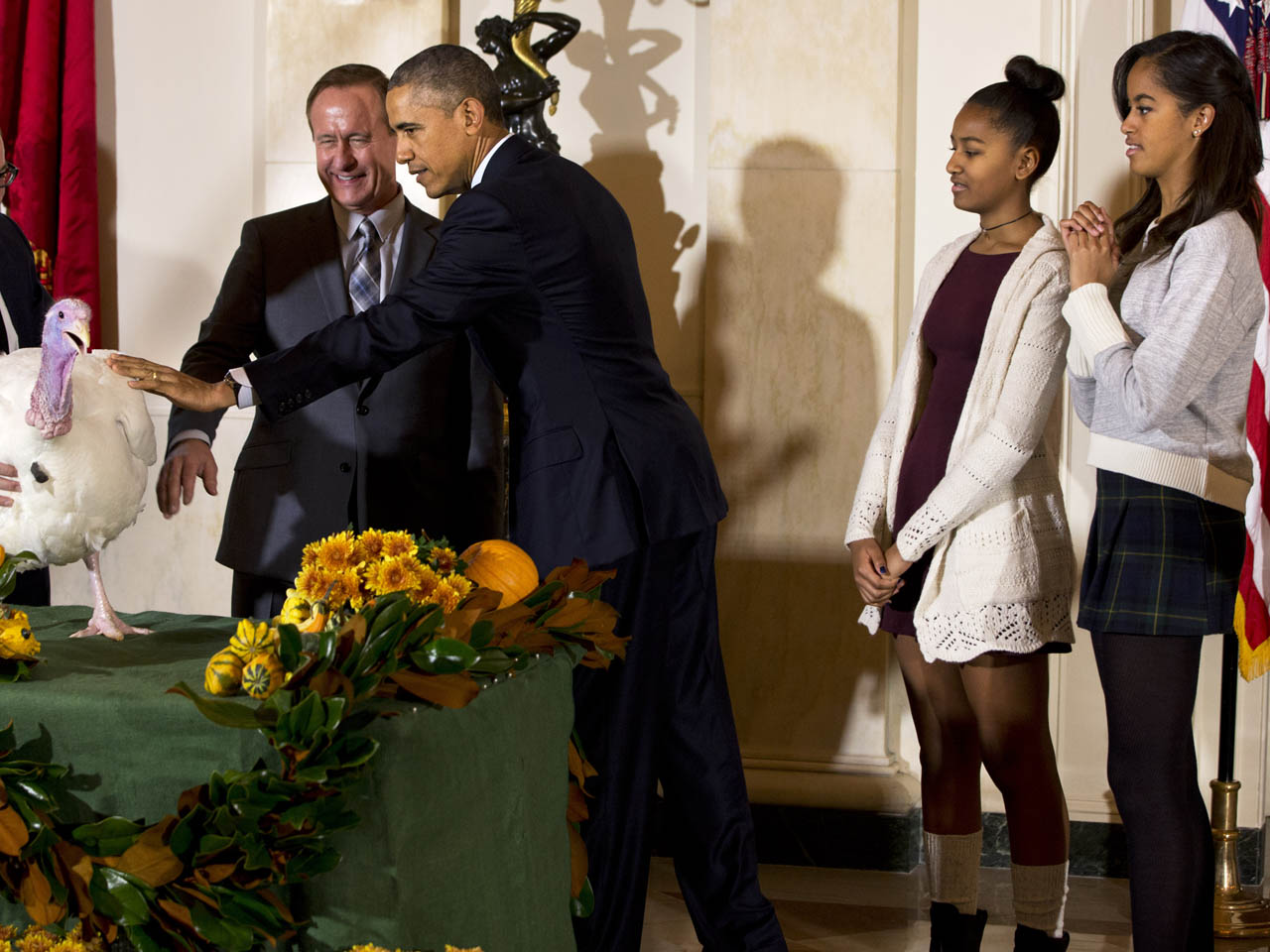 The ever-widening partisan divide in Washington didn't take a break for the Thanksgiving holiday. In fact, just the opposite - Thanksgiving actually sparked the latest round of sniping and this time, it got very personal.

The episode of social media snarkiness began with the president conducting the Thanksgiving ritual of pardoning a turkey.

But it wasn't the president that drew the attention of a woman named Elizabeth Lauten. It was his daughters, Sasha and Malia, who were also in the room and, well, maybe not as transfixed by the pardon ceremony as they might have been a few years ago.

"Dear Sasha and Malia, I get your both in those awful teen years but you're a part of the First Family. Try showing a little class. At least respect the part you play. Then again, your mother and father don't respect their positions very much, or the nation for that matter, so I'm guessing you're coming up a little short in the 'good role model' department."

"Dress like you deserve respect, not a spot in a bar."

The comments might have been lost forever to the blogosphere, were it not for the fact that Lauten is the communications director for Rep. Steven Fincher, R-Tenn., and used to manage new media for the Republican National Committee.

A storm of pushback followed, accusing Lauten of being "mean," "thoughtless," "ignorant," and a host of other things we can't repeat here, while also calling for her job.

On Friday, Lauten posted an apology: "After many hours of prayer, talking to my parents, and re-reading my words online, I can see more clearly just how hurtful my words were. Please know, those judgmental feelings truly have no place in my heart. "

Since the apology was posted on Lauten's Facebook page, it has been either deleted or made private.

An interracial couple was pressured to break up. Decades later, they married.
Jim Axelrod