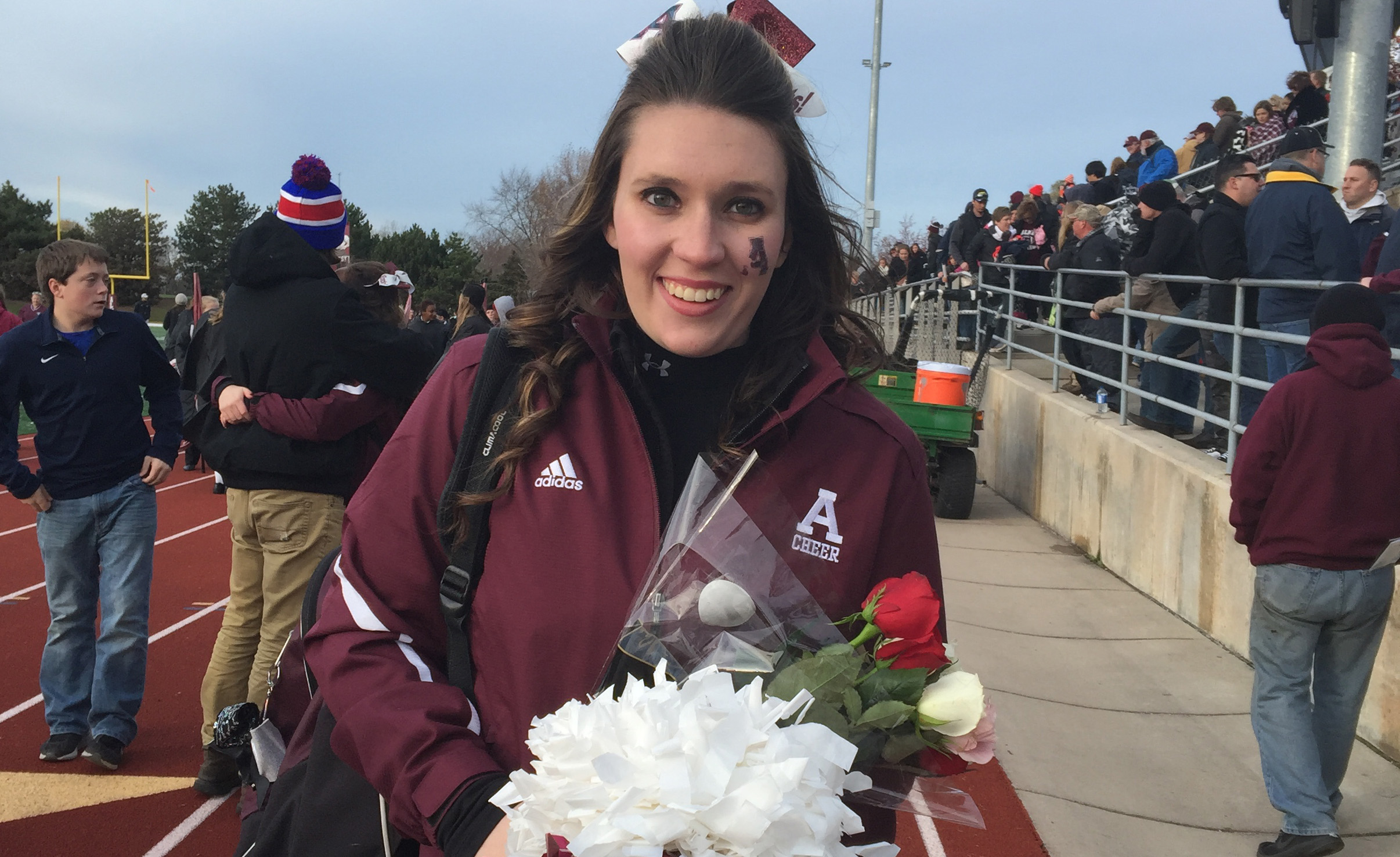 When Tia Wilson was a senior in high school, she dislocated her kneecap during a tryout for a summer cheerleading camp.

"I was doing a no-handed cartwheel, called an aerial, and I must have landed funny," she told CBS News.

A gymnast since the age of two and a cheerleader since middle school, the injury had severe consequences for Wilson. Nerve complications associated with the injury kept her out of school for eight weeks and off cheerleading for several months.

Wilson's story may sound familiar to thousands of cheerleaders -- and their parents -- across the country.

In fact, new research finds that although overall injury rates for cheerleading are lower than most other high school sports, these injuries tend to be more severe when they do occur.

The study, published today in the journal Pediatrics, found that cheerleading ranked 18 out of 22 high school sports in terms of injury rate but ranked second -- behind gymnastics -- in the proportion of injuries that resulted in an athlete needing to sit out for at least three weeks or for the entire season. Male cheerleaders were more likely to suffer injuries, and most mishaps occurred during practice.

Concussions were the most common injury diagnosis, accounting for 31 percent of all cheerleading injuries. But the study authors point out that concussion rates among cheerleaders were significantly lower than all other high school sports combined. Other common cheerleading injuries in the report included ligament sprains, muscle strains, and fractures.

"One of the interesting things we found that surprised me, though it may not surprise as many people in the cheerleading community, was that many of the concussions we saw were the result of the base getting hit by the either the elbow or some other body part of the flyer, rather than the flyer getting concussed by contacting the playing surface," lead author Dustin Currie, a doctoral candidate in epidemiology at the Colorado School of Public Health, told CBS News.

Cheerleading is the fourth most popular high school girls' athletic activity, with approximately 400,000 participants each year, according to the National Federation of State High School Associations.

Is cheerleading a sport?

While efforts have been made in recent years to ensure the safety of student cheerleaders, it is still not considered a sport in some states, which greatly limits the resources available to participants.

"There's a certain infrastructure that goes along with the sport categorization as opposed to the activity categorization," Currie said.

For example, he points to the fact that cheerleaders in many schools don't have adequate practice space and are forced to practice in school hallways or parking lots.

"These are spaces not meant for athletic practice activity," he said. "We believe that providing the same safety infrastructure for cheerleaders as are provided for every other sport would likely reduce the injury risk."

Tess Walston, of Olney, Maryland, is currently a junior in college and was the captain of her high school cheerleading team. As a cheerleader, she sustained several serious injuries, including a dislocated knee and two torn cartilages in her knees, as a result of falls during practice and strenuous lifting.

While some of the physical strain was expected, Walston said there were times she believes she fell unnecessarily because of the environment in which the team practiced.

"During winter season, because it was too cold outside, we had to practice in the front main lobby of the school," she said. "This space was very problematic for many reasons. It was right in front of the main entrance of the school so there would be people coming in and out all of the time and it was very distracting."

In the summer, her team practiced outside, which wasn't a problem, Walston said, until the football team also had practice in the same place. "It was distracting for everyone and being distracted is very dangerous when throwing girls into the air," she said.

However, Jim Lord, executive director of American Association of Cheerleading Coaches and Administrators said that a sports categorization does not necessarily guarantee a safety net.

"In most states if you call something a sport it now has to follow everything a sport follows," he said. "That sounds like a great idea, but what a sport does is a sport competes. So now what that means to some cheerleading squads is that they no longer cheer at games, but they now do competition only to qualify for this categorization. So now they're doing the most difficult skills they can do over and over and over as opposed to what they do now."

Lord said the solution is to modify the skills practiced according to the environment. "While we would love to have every cheerleading team have the perfect practice space, but most schools have limited resources with a lot of different activities," he said. "So you modify the activity so you're not doing skills that would be unsafe in that area until you can get to somewhere where it is safe."

One thing all experts agree on when it comes to cheerleading safety is that having an experienced coach is of utmost importance.

"Some of these stunts can be very complex whether it's twisting or twirling, and some of these flyers are tossed 15 feet or higher in the air," said Dr. Mark Riederer, Assistant Professor of Pediatric Orthopaedic Surgery and Sports Medicine at C.S. Mott Children's Hospital at the University of Michigan. "So I think what's important for not only cheerleaders themselves, but parents or guardians, to understand is that having an experienced coach is really important."

Riederer also said safety equipment, including proper mats on which to perform stunts, and having an athletic trainer at the high school, can also help significantly reduce injury risk.

Assuring athletes are at a similar performance level is also important.

Maria Esposito of Belleview, Florida, a 2013 graduate, was on her high school's cheerleading team for four years. But in her senior year, in order to become more competitive and make the team bigger, the team brought on more students, many of whom were new at it and inexperienced in complicated stunts.

During practicing for a competition, Esposito lost her balance while topping a pyramid formation.

"The girl who was supposed to be my back spot was one of the girls who had never cheered before and she walked away," Esposito said.

She held on to two other girls to regain her balance, but they all ultimately fell, the two landing on top of her. Esposito suffered a concussion and was benched for a month.

She said she thinks her injury could have been prevented if her school had two teams, based on experience level.

"I knew what I was doing, but I had girls much younger than me who had never cheered before lifting me up in the air and I had to rely on them," she said.

Wilson, who was treated by the University of Michigan's sports medicine team at MedSport, said her high school gave the cheerleading team proper practice space and equipment and had an active athletic trainer. But she said could have used more training in body awareness.

"Many high school girls don't have full body awareness, whether they're tumbling or flying," she said. "If you're not told you need to do this or that while flying in the air, that's a major factor that can result in injury." Wilson is currently a senior and competitive cheerleader at Alma College in Michigan.

Finally, experts underscore that while these safety concerns within cheerleading still need to be addressed, it is by no means an unsafe sport.

"Our research shows that at the national level in terms of typical day-to-day sports participation cheerleading is not particularly dangerous and appears perhaps to be even safer than other sports," Currie said. "That's not to say that parents shouldn't take precautions or minimize the potential risks of injury in cheerleading but this should alleviate some fears and they shouldn't be afraid to have their children participate in the sport."