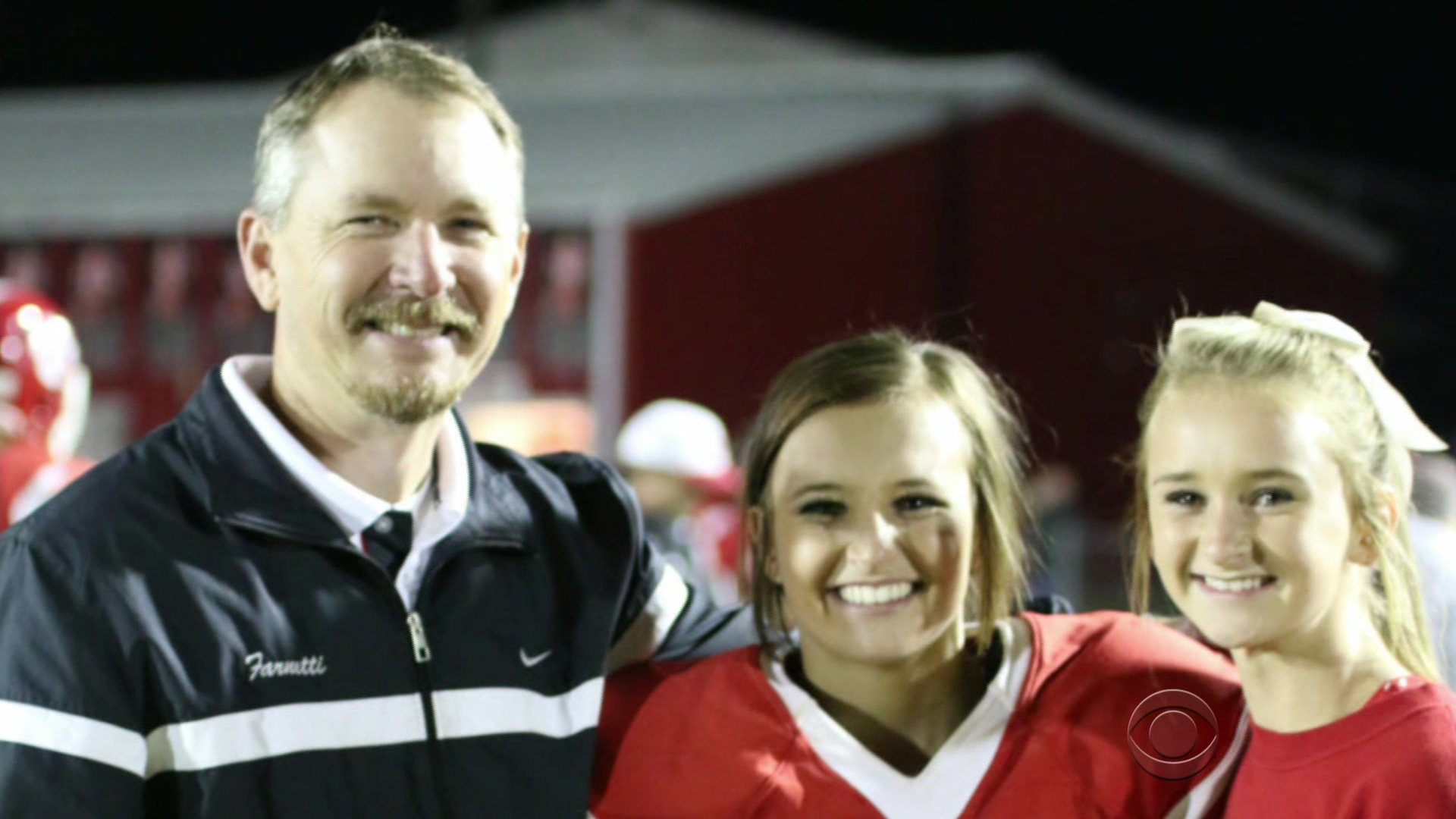 It had no effect on the game whatsoever, but that kick made his career.

Franetti has lived for football all his life. He played as a kid, went into coaching after college, and when he got married, he dreamed of a son who could play for him one day.

"I envisioned him doing what I did, playing football."

What he got instead was two daughters. No boys, other than the 40 or so he pretty much adopts every year.

So imagine Jodie's surprise when her dad recently announced he would quit coaching.

"I just got to thinking one of these days I'm going to blink my eye and my daughters are going to be gone and I'm going to miss something," said Farnetti about his retirement.

The sport that had mattered so much, for so long, will now be replaced by cheer competitions and softball games.

"I can't even wrap my head around it," Jodie said. "I'm like, 'Dad, are you sure you want to do this?' And I realized he's giving this up for me - I need to do something for him."

Which is where the extra point comes in. Looking closely, a pony tail can be seen under the kicker's helmet.

Jodie practiced for months, got the team's permission, and scored the final point for her dad -- the last point in his last home game.

Farnetti said it was very exciting to see his daughter running off the field in full uniform -- even more exciting than if she had been a boy.

"I wouldn't trade anything for my girls, nothing. If I had to go back and do it all over again, I'd say, 'I want them two, right there.'"