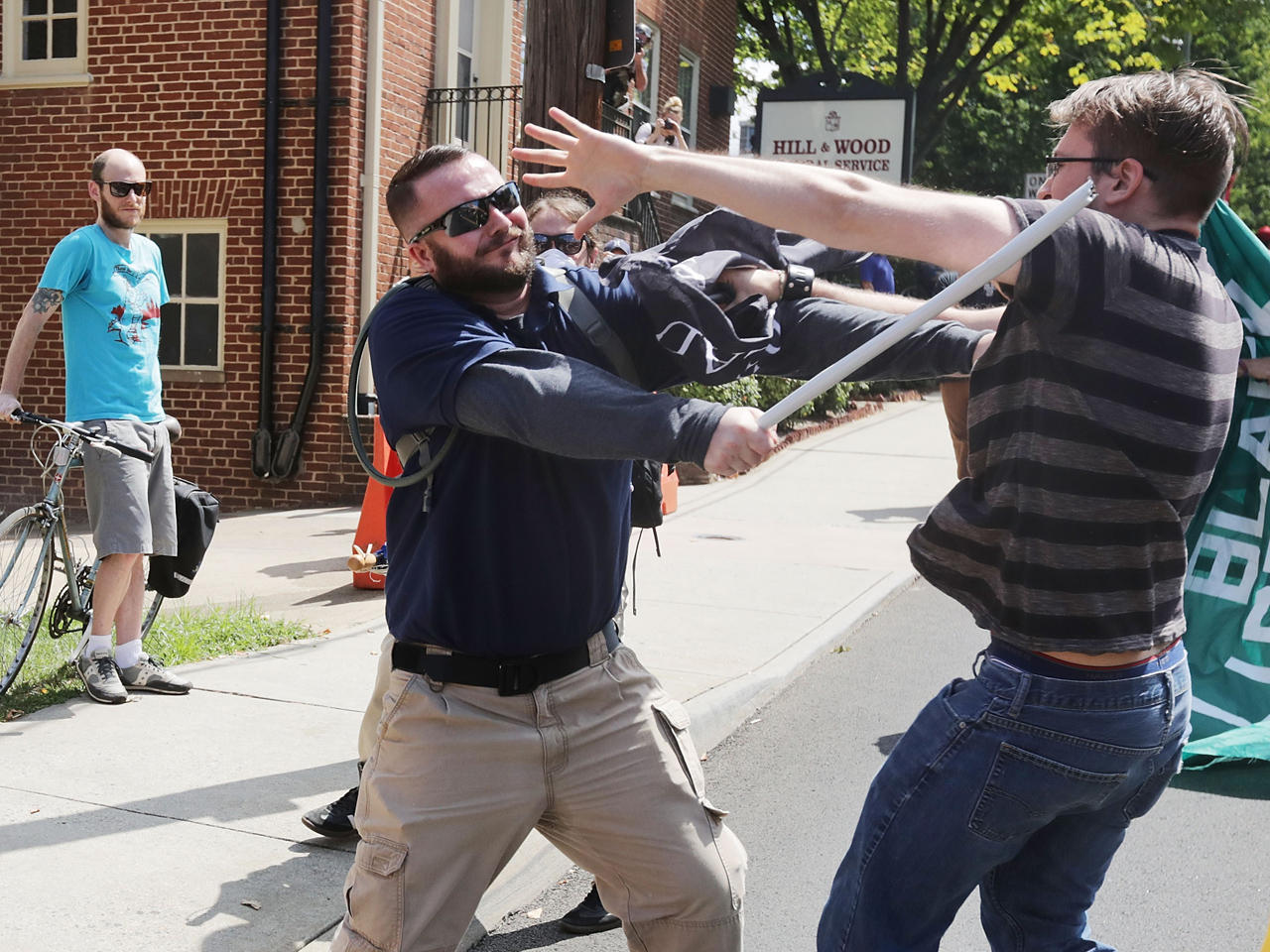 CHARLOTTESVILLE, Va. -- The city of Charlottesville, Virginia, launched a lawsuit this week aimed at preventing the hateful demonstrations that resulted in deadly violence this summer.

They marched in formation down the streets of Charlottesville carrying matching shields and wearing combat gear. Many openly displayed weapons, Virginia is an open-carry state.

On Thursday, city officials voted to file a lawsuit alleging the white supremacists who descended on the city in August were acting as an illegal militia.

If the city wins, it would be able to block or strictly limit similar demonstrations.

Mary McCord is the former head of the Justice Department's National Security Division and now works at Georgetown Law School. She filed the lawsuit on behalf of the city. She spoke with CBS News about Charlottesville.

"It was not a normal protest, what we saw was really militaries invading Charlottesville," she said. "The right to peacefully assemble and express views is protected by the First Amendment. The right to assemble as a military organization, engage in paramilitary behavior, is not protected freedom of expression and it's really as simple as that."

He took to Twitter with this message: "Almost none of the claims about me are correct. What an embarrassment for these high profile attorneys to attach their names to this garbage."

At least 40 other states have laws that could be used to block similar protests from groups across the ideological spectrum.

"A group that comes organized as a military unit -- whether on the left ... the right or have no ideology at all -- we think would violate these anti-paramilitary activity statutes," McCord said.

At the site of those violent clashes in August, the statue of Robert E. Lee is covered in a black shroud, while a judge decides whether it can stay in the park.