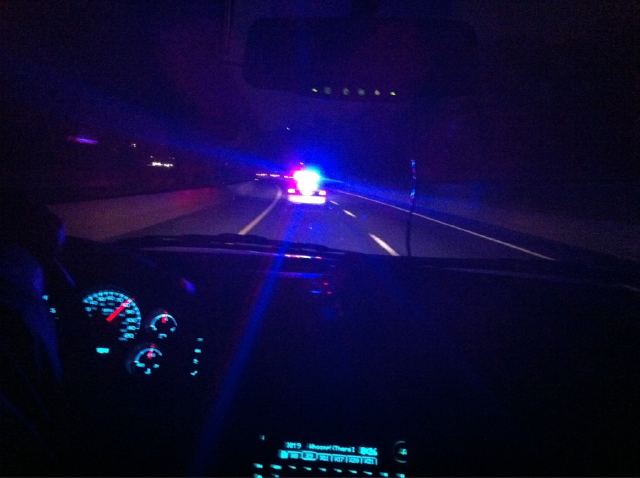 (CBS/AP) WASHINGTON - Finally, police seem to work on Charlie Sheen's behalf and it gets them in trouble.

Washington, D.C., police are investigating why Sheen received a police escort from an area airport to his show in downtown Washington this week.

Sheen posted the following message on his yfrog page, "in car with Police escort in front and rear! driving like someone's about to deliver a baby! Cop car lights #Spinning!"

He included a picture of a speedometer reaching about 80 mph.

On Tuesday, D.C. police used lights and sirens as they escorted the former "Two and a Half Men" star from Dulles International Airport to his stage show, "Violent Torpedo of Truth: Defeat Is Not an Option." At the time, Sheen was running nearly an hour late for the show.

Councilman Phil Mendleson says he met with D.C. Police Chief Cathy Lanier on Thursday. He says Lanier did not authorize the escort.