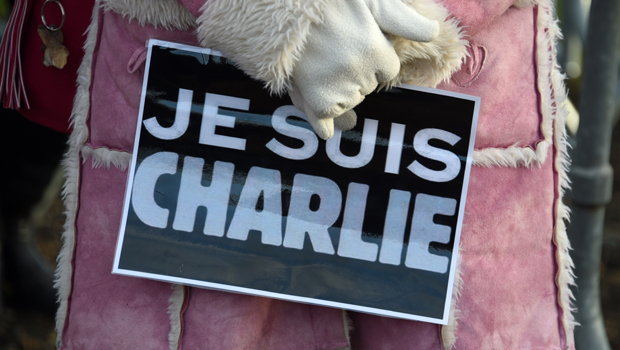 The French satirical magazine Charlie Hebdo was targeted in January by terrorists for its continual mockery of Islam and depictions of the Prophet Mohammed in cartoon form, something the religion expressly forbids. While defenders of the magazine have pointed out they make fun of all religions with equal fervor, Islamic extremists the world over had come to see them as an explicit example of Western values they hate the most.

It appears Charlie Hebdo's current editors are not letting up. In a defiant cover published after the deadly terrorist attacks on Paris, the magazine printed a cartoon of an apparently bullet-riddled Frenchman drinking, with the caption "They have guns. Screw them. We have champagne."

The magazine has often come under fire for being insensitive. The current cover however appears to be the continuation of an idea cartoonist Sfar Joann produced right after the recent terrorist attacks. In a cartoon, the illustrator postulated that the terrorists targeted France because "our faith goes to music! kisses! life! champagne and joy!"

After the January attack on their offices, the magazine's editors struck a slightly less biting tone. The first cover following the attacks had an Arabic man - possibly Mohammed or some other prophet - holding up a "Je suis Charlie" sign. A single tear is falling from his eye. Above the man is the caption "Tout est Pardonne" - all is forgiven.