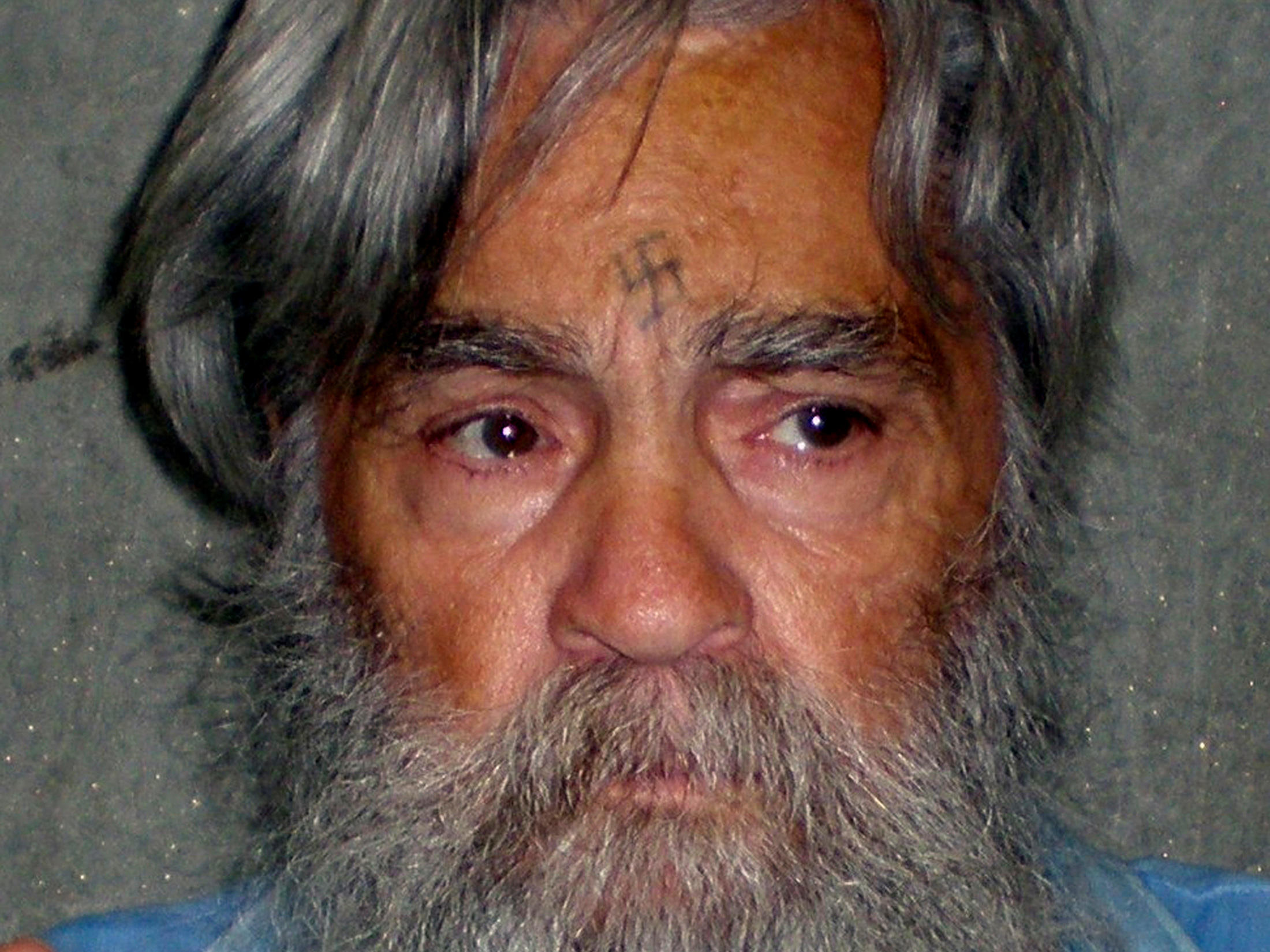 LOS ANGELES -- For nearly 50 years Charles Manson has been the living personification of evil, a demonic presence captured in scores of photos, each of them marked by his piercing dark eyes and the crude Nazi swastika he carved into his forehead.

That personification returned to the public consciousness again this week, complete with a prison mug shot of a now-elderly but still evil-looking Manson, after a report by TMZ.com that the killer of glamorous actress Sharon Tate and six others is seriously ill and hospitalized in Bakersfield, California.

The state Department of Corrections and Rehabilitation declined to confirm that Thursday, saying only that Manson, who turned 83 on Sunday, is still alive. To reveal more, spokeswoman Vicky Waters told The Associated Press, would violate federal and state privacy laws.

Serial murderers before and after have killed far more than Manson. Fifty-one years ago a former Marine named Charles Whitman climbed to the observation deck of a tower at the University of Texas and opened fire on dozens of people, killing 11, after killing five before reaching the deck. Just last month, Stephen Paddock fired down from a hotel window on a Las Vegas concert, killing 58.

But like Whitman's, Paddock's name if not his deed seems destined to be largely forgotten. Not so with Manson.

"I was thinking today about why Manson is so remembered and such a part of our cultural history, whereas other serial killers have done far worse," said former AP Special Correspondent Linda Deutsch, who covered the 1970-71 trials of Manson and his followers, as well as all of their parole hearings until she retired two years ago.

It was, she concluded, because Manson killed more than just seven people. He also destroyed a Baby Boomer generation's dream of a peace-and-love era that had begun with 1967's San Francisco Summer of Love, two years before Los Angeles' 1969 Manson murders.

"For most of that period, the hippies up in San Francisco and throughout the country really spread a message of love and understanding," Deutsch said. "And now here come these people who wore these hippie clothes and although they were not hippies, they were just people who came together in a commune, they became symbolic of that hippie era.

"In addition to killing seven people, he killed a whole counterculture," she added.

A career criminal and con artist, Manson had reinvented himself during the Summer of Love as a Christ-like figure who attracted young people to a commune he established at an old, abandoned movie ranch on the edge of Los Angeles.

"To tell you the truth, the older I get the harder it is to deal with all of this, to know what I did, how it happened," one of the youngest of his followers, Leslie Van Houten, told a parole panel in September. The panel has recommended she be released, but Gov. Jerry Brown could reject that recommendation as he did once before. No Manson Family member convicted of murder has ever been freed.

Earlier this year, officials denied parole for Manson Family member Patricia Krenwinkel, who recounted in Dec. how she chased down and repeatedly stabbed Abigail Folger, 26, heiress to a coffee fortune, at Tate's home on Aug. 9, 1969, and helped Manson and other followers kill grocer Leno LaBianca and his wife Rosemary the following night.

Van Houten, now 68, explained how Manson used sex, drugs, repeated playings of the Beatles' "White Album" and readings from the Bible to persuade his young followers that they could launch a race war between blacks and whites by killing people, then hide in the desert until it was over. He was particularly fascinated by the Beatles' song "Helter Skelter," which he saw as predicting the coming race war, although its lyrics mainly seem to reference a childhood playground slide of that name.

Another of Manson's followers, Catherine Share, testified at Van Houten's hearing that she "could not leave," saying Manson threatened to have her tortured or killed if she tried to leave.

His followers' victims included Tate, who was several months pregnant, Folger and several other wealthy and prominent people.

But what Manson really wanted to do, Deutsch said, was become famous.

At one point he'd befriended the late Beach Boys drummer Dennis Wilson with hopes of becoming a musician as famous as those in Wilson's group. The music industry ultimately dismissed him as crazy and dangerous and, worse yet to his way of thinking, only marginally talented.

"So he wanted to make a statement and be the star that Hollywood wouldn't let him be," said Deutsch. "And he was demonic."