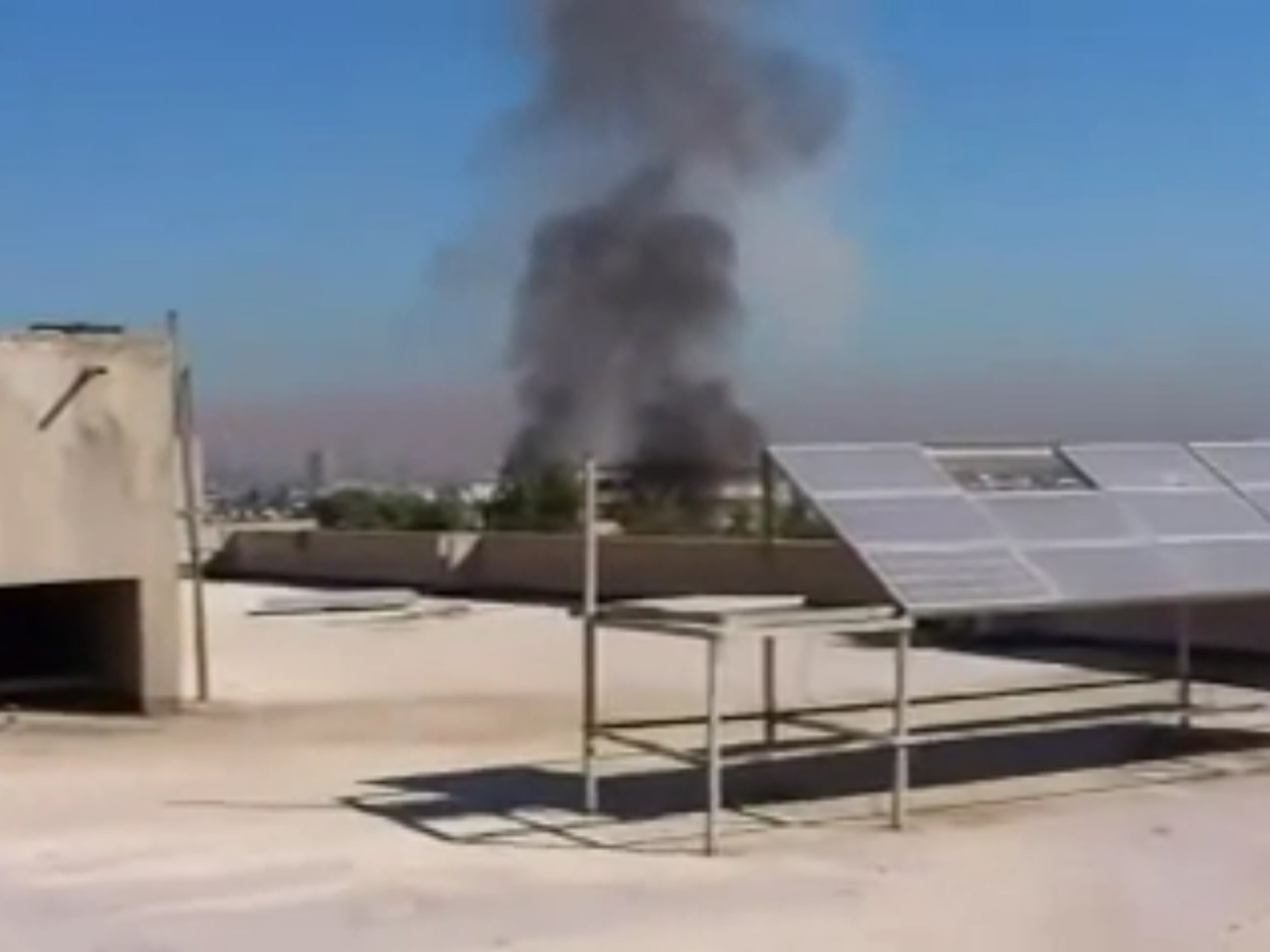 (CBS/AP) BEIRUT — An activist group and a Syrian official say a roadside bomb went off near a school building in Damascus, but that is where the government's account and that of Syria's rebels diverges.

Syrian security officials tell CBS News' George Baghdadi that four people were injured in the explosion. Baghdadi says the school building itself appeared undamaged from the outside. The school, Syrian officials said, is designated for children who have lost their parents in the country's now 18-month-old crisis.

The rebel group which has taken responsibility for the attack, however, claimed Tuesday that the school was being used by the Syrian regime as an intelligence headquarters. A rebel from the group told al Jazeera the bomb targeted a meeting between Syrian military officials and pro-government militias, known as Shabiha. He said there were many deaths.

Neither the government's story nor the rebel's could be independently verified due to the Syrian regime's strict restrictions on journalists in the country.

An amateur video posted online showed smoke billowing from several spots in an area near a major road. The narrator said: "A series of explosions shake the capital Damascus." The authenticity of the video could not be independently confirmed.

The Britain-based Syrian Observatory for Human Rights told the Associated Press that several blasts took place along the highway leading to the Damascus International Airport and wounded 20 people, some of them seriously. The organization said most of the wounded were members of the military.

A worker outside the school, who refused to be identified, said two diesel tankers exploded inside the school compound, wounding at least four people, one of them seriously. He added that the wounded were rushed to nearby hospitals.

He said a thick plume of smoke billowed over the area and fire reached the fifth story of the building. A nearby theater for the school's students was partially damaged and the blast caused its ceiling to collapse.

Several past bombings have targeted the security establishment in Damascus. In July, a bombing killed four senior security officials, including the country's defense minister and President Bashar Assad's brother-in-law.

Earlier Tuesday, the Israeli military said several mortars fired by Syrian government troops targeting rebels hit the Israeli-occupied Golan Heights, but no one was hurt in the shelling.

The incident marks the second time Syrian mortars have landed on the border area since Syria's crisis erupted 18 months ago. In July, mortar shells fell about one kilometer (half a mile) from the Golan boundary.

The Israeli-annexed Golan Heights was captured from Syria in 1967.

The rioting late Monday in the Zaatari camp was the worst violence since the facility opened in July near the Jordan-Syria border. About 26 policemen were injured by stones thrown by the refugees, a police official said.

A Syrian refugee in the camp, Abu Nawras, said police fired tear gas to disperse the protesters who were demanding improved conditions, better food and education for their children.

The camp, which hosts about 32,000 Syrians who fled the civil war at home, has seen smaller protests in the past weeks as refugees mostly complained about snakes and scorpions, and demanded their tents be replaced with trailers so they can better protect themselves from the scorching sun, cold nights and ubiquitous dust.

Hundreds of thousands have fled the chaos in Syria as the uprising against President Bashar Assad turned increasingly violent. Jordan alone has taken in some 200,000 Syrians - the largest number in the region - while Turkey, Lebanon and Iraq have taken in the rest.