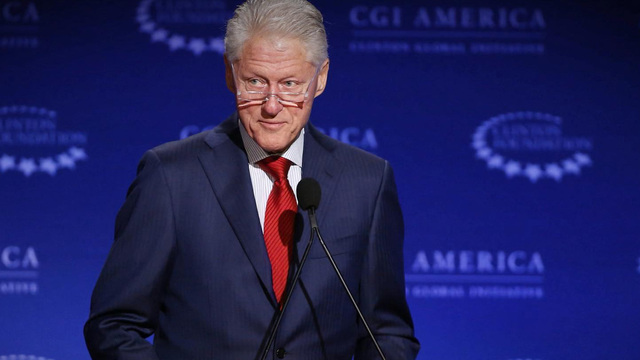 One of the nation's largest charity watchdog groups has removed the Bill, Hillary & Chelsea Clinton Foundation from its watch list that is supposed to alert donors to potential issues of interest when they are making philanthropic decisions.

The foundation was placed on the watch list in April after a slew of news stories about foreign governments and donors giving to the foundation who were also lobbying the Obama administration while Hillary Clinton was secretary of state.

The Clinton Foundation responded to the label with a lengthy memo in May.

"There has been no indication, accusation or evidence in any of these stories of any wrongdoing," the memo read. "Our supporters donate to the Clinton Foundation because they want to see lives improved; they want better opportunity across the globe; and they want to see communities, businesses and governments working together to address problems that, when working together, we have the solutions and resources to fix."

Additionally, the group said, Clinton resigned from the board once she announced her presidential bid in April, it instituted a transparent donor disclosure policy by posting donors quarterly, and limited the foreign countries from which it would accept donations.

Charity Navigator said in a statement on its website that it decided to remove the foundation from its watch list because "the charity provided publicly accessible information regarding their amended tax Forms for 2010, 2011, 2012 and 2013."

"This information, along with the public memorandum submitted addressing the other issues raised in the Watchlist entry, meets our requirements for removal," they said.

On its website, Charity Navigator says that charities typically remain on the watch list for a minimum of six months, and they will remove an organization once the charity itself, a media outlet or "other reporting party" provides public domain documentation or similarly reliable and accessible information the issues raised have been revolved.

"The Clinton Foundation is committed to making a difference across the globe, excellence in our operations, and remaining accountable to our supporters and the public," Clinton Foundation President Donna Shalala told the Washington Post. "Today's action by Charity Navigator affirms that commitment. We are well positioned to build on our successes and expand our impact in the years ahead."

The watchlist information will remain in the "historical" section of the Clinton Foundation's rating profile for one year.

While the group typically rates charities based on their financial health, accountability and transparency, it says it does not rate the Clinton Foundation because "this charity's atypical business model can not be accurately captured in our current rating methodology."