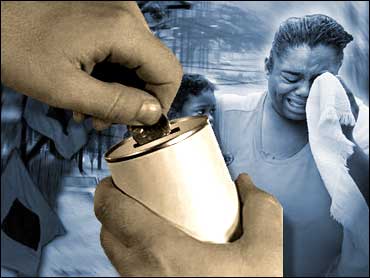 Gary S. Kraser, 50, is charged in a federal indictment with creating a computer website — www.airkatrina.com — to prey upon dozens of unsuspecting donors who contributed thousands of dollars to aid storm victims in the Gulf Coast. His site provided a direct link to PayPal and asked for donations to be made online to purportedly support humanitarian air-lift operations to get victims out of Louisiana.

The Aug. 29 hurricane claimed the lives of more than 1,000 people in Louisiana, Mississippi and Alabama.

Kraser, taken into custody at his high-rise apartment this morning, made his first appearance in Miami federal court this afternoon to determine if he could afford an attorney. The grand jury returned the wire-fraud indictment — based on an initial complaint to the FBI — under seal last Thursday.

"We can disagree without hating each other," Republican candidate Spencer Cox said.

The first lady has tested negative for COVID-19 since her initial diagnosis.