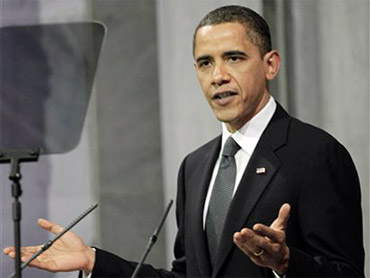 There are no previous winners on the Chapera tribe, but don't count these guys out. Their greatest weapons, may be their mouths, The Early Show correspondent Tracy Smith reports.

You could call this tribe the big talkers, starting with the most famous speechmaker in all survivor-dom: Sue Hawk.

You probably remember Hawk giving a piece of her mind to Richard Hatch and Kelly Wiglesworth saying, "If I were ever to pass you in a barren desert, let the vultures do whatever they want with you."

But giving speeches is not what she intends to do the second time around.

Then there's Rob Mariano, the mouth from Massachusetts. His concerns? "I'm just wondering, I'm probably going to get my check in May," he says, "and is the Ferrari dealership open then?"

Aside from an interest in fast cars, Boston Rob earned quite a reputation as a ladies' man while in Marquesas.

Even on the interview, he could not help himself and flattered Smith. "You got awesome eyes," he said, "I'm like distracted over here."

This is part of his strategy.

Joining him, Rob Cesternino, the guy many thought should have won "Survivor: Amazon."

Here is Certernino's plan, "I basically just have to downplay the idea that I'm some sort of threat. If it means self-deprecating humor, that sort of stuff, coming off not that bright, not revealing what I know, keeping my mouth shut about certain things," he says.

So how would it be to have Boston Rob and him, the two manipulators, together?

Cesternino says, "The thing about Boston Rob is I don't think he's a great Survivor player. I think Boston Rob is a great guy. He's a lot of fun. But the guy is a powder keg and he's going to explode at any point."

Speaking of explosions, you may remember this little outburst from Alicia Calaway in Australia: "I just can't deal with, you know, slow people, weak people, stupidity. And it gets the best of me every time. And this time, I'm just gonna have to bite my tongue and walk away. I'm not saying I can do that, but I'm gonna try."

Maybe she should try counting to ten. "I don't even know how to count to ten," she says. Nor she can stop waving her finger.

She says, "God, that finger. It follows me everywhere I go. Well, you know, I'm going to keep the finger in my pocket. But I got a different one for them this time, and it's not the one you're thinking of."

Got to wonder how Calaway will handle Big Tom Buchanan, the farmer who seemed a bit out-of-his-element in Africa. And how will he handle the women?

He says, "Can you imagine some these pretty girls who are going to be out there with me just walking up, telling me all these lies? And I've been looking at a couple of them and saying I can't believe that they're going to lie to me like they're going to. They will! Everybody is a player here."


From Big Tom to little known Amber Brkich from Australia, a Survivor contestant so obscure she doesn't even know why she's here.

"It's such a hard question," she exclaims.

Show host Jeff Probst had the answer. He says, "Amber's in the show because those of us who stayed in contact with her felt that Amber had grown a lot since 'Survivor.' And so one of the angles was, let's see what Amber brings to the party now."

Come on. Brkich is in the show because she's pretty.

Probst with a chuckle admits, "And Amber's pretty. So she's in the show because she's cute as well."

Brkich says, "I've learned that I'm pretty much well-liked among the guys, the Survivor men. I've paid attention over the past couple of years to what everybody thinks of me. So I'm using that to my advantage."

In fairness to Amber Brkich, she spent a great deal of her time in Australia in Jerri Manthey's shadow. So we may get to see a bit more from her this time out.