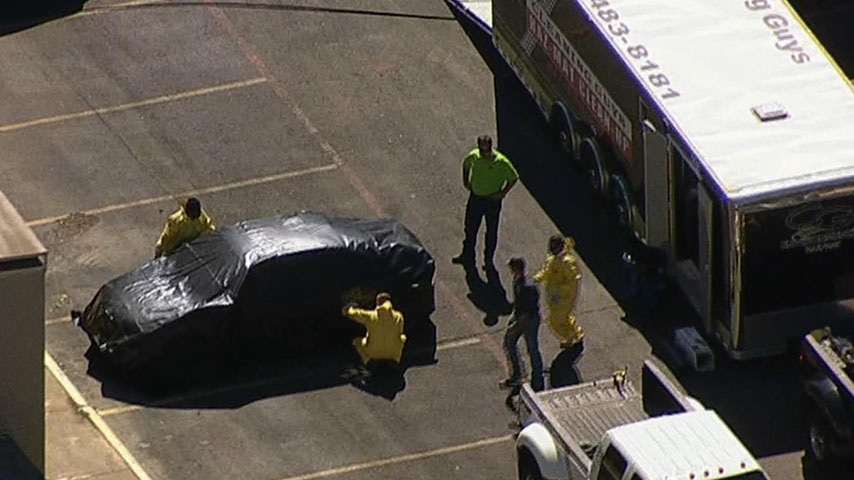 DALLAS -- Federal health officials have identified 10 people who had contact with Thomas Eric Duncan, America's first diagnosed case of Ebola, as being at "high risk" of developing the virus.

CBS station KTVT in Dallas-Fort Worth reported that the CDC made contact with about 100 people that had possible contact with Duncan, and narrowed to 50 the list of people it needs to monitor daily. Of those, 10 individuals who had the closest contact with Duncan have been classified as "high risk."

The CDC said none of the people under observation are currently sick. The agency will continue to monitor all 50 of them for the full 21-day incubation period of the virus.

Late Friday, four family members related to the Dallas Ebola patient were removed from their apartment, according to City of Dallas PIO Sana Syed. Cleanup effort is still ongoing. The family members are asymptomatic.

The family has been identified as Louise Troh, her son and two nephews. According to KTVT, Troh is Duncan's girlfriend, whom he had reportedly come to the United States to marry.

Neighbors stood on their balconies and watched the family's grim departure from behind a black tarp hung to shield their front door from view. The family was placed in a Dallas County deputy's patrol car and driven away, apparently leaving with nothing more than the clothes they wore.

The residence where they will stay had been offered only a short time earlier. Until then, a search for shelter had come up short. The city had been refused by hotels, apartments and other providers.

"No one wants this family," said Sana Syed, a Dallas city spokeswoman.

The family was confined to their home under armed guard while public-health officials monitor them - part of an intense effort to contain the deadly disease before it can get a foothold in the United States.

Daily monitoring includes a temperature reading twice a day. A public health worker will also offer education about the virus and ask about symptoms.

"We have cast a wide net, and we have decided on a group of people that we have a very low bar for deciding to follow," said Dr. Beth Bell from the CDC, during the agency's daily conference call about the Ebola situation in Dallas. She says the agency has a very "low level of concern about the vast majority of these people."

The list included people within the community and health care workers who came into contact with Duncan or any of his bodily fluids.

Bell cautioned the close monitoring is important because, "there certainly is a possibility that some of the people who have already been in very close contact with the patient might develop Ebola."

The CDC has 10 disease control experts on the ground in Dallas in response to Duncan's Ebola diagnosis, which was confirmed on Tuesday.

"There's the health care workers that directly (saw) the individual on the first night, on Friday, when he came in, anyone that was in the emergency room, anyone that was drawing blood, anyone that was processing blood," explained Lakey. "So we throw a very broad net, so we can make sure we don't miss anybody."

The health care workers classified as "high risk" have been furloughed from work with pay. They are not allowed to travel outside the city, and will be visited once a day by a health care official. Those who are not high risk have no travel restrictions and must check in once a day by phone.

Dallas County's top admistrator Judge Clay Jenkins said, "There is a plan in place if individuals do not adhere to these guidelines. We have law enforcement to go check on the individual to make sure they are OK if needed."

Jenkins also said there is a plan in place if anyone starts showing symptoms.

Meanwhile, a hazardous-materials crew has been working at the Dallas apartment unit where Duncan was staying before being admitted to the hospital, KTVT reported.

The workers are believed to be collecting items worn or used by Duncan, who was listed in serious but stable condition, the hospital said Friday.

Meanwhile, NBC News said an American freelance cameraman working for the network in Liberia who tested positive for the virus will be flown back to the United States, along with the rest of the news crew.