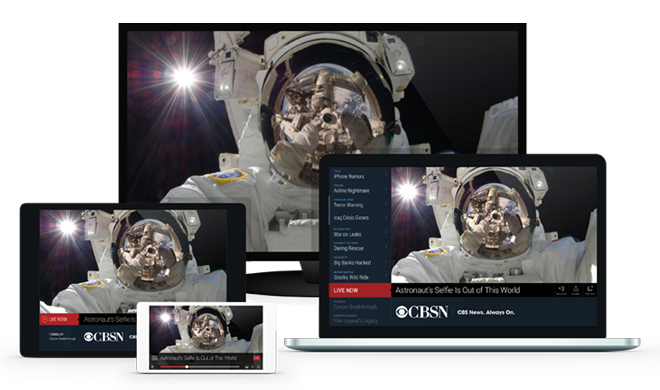 Voters selected CBSN as best News & Information Channel in the Online Film & Video category in the of the 20th Annual Webby Awards.

The awards are presented by the International Academy of Digital Arts and Sciences and honor the best on the Internet.

Other nominees in the category included AJ+, which won the People's Voice award, HuffPost Live, Complex News and Vice News.

Since launching in November 2014, "CBSN has been the go-to choice for millions of viewers who want to watch news anywhere they are with access to the Internet or on internet-connected devices," CBS said in a statement.

"Whether covering the terrorist attacks in Brussels or Paris, the ongoing political race, the death of Prince or countless other stories, CBSN has proven to be a force in the industry and the model for the future of television news," CBS said.

CBSN is available on Apple TV, Roku, Amazon Fire TV, Android TV and XBox One, as well as CBSNews.com.