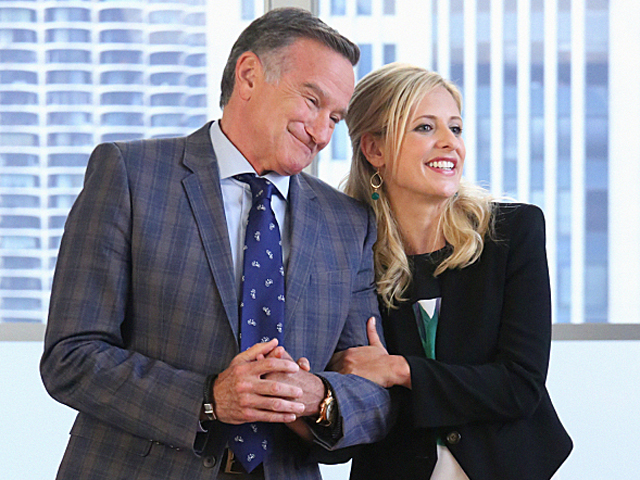 Sometimes it pays to make people laugh, and CBS has succeeded in doing just that. CBS announced Friday that it has picked up a full season of its three new comedies, "The Crazy Ones," "The Millers" and "Mom."

"The Crazy Ones," created by David E. Kelley and starring Robin Williams and Sarah Michelle Gellar, is this season's leading new comedy in viewers (with 13.7 million) and consistently wins the ratings race in its time-slot. "The Millers," which stars Will Arnett, Beau Bridges and Margo Martindale, ranks as the number two comedy in viewers (12.4 million), while the Chuck Lorre-produced "Mom" is the third most watched new comedy, averaging 7.98 million viewers. Not too shabby for a bunch of freshman!

Gellar told CBSNews.com that her part on "The Crazy Ones" has been her most fun role ever. "It's amazing. I've been in this business for 33 years and it's the most fun I've ever had," Gellar said. "I'm learning something new every day. I smile. I laugh."

"We're proud of CBS' leadership position in comedy and excited to build on it with the back nine pick-ups of these three new comedies," said CBS President Nina Tassler in a statement. "These series are creatively distinct, continue to improve each week and are led by strong showrunners, writing and production staffs, and feature amazingly talented casts."

Though it wasn't good news for all of CBS' new comedies. Despite its all-star cast, the bachelor comedy "We Are Men" was canceled after only two episodes.

Tell us: Which of these comedies do you watch? Which are you most excited to see more of?