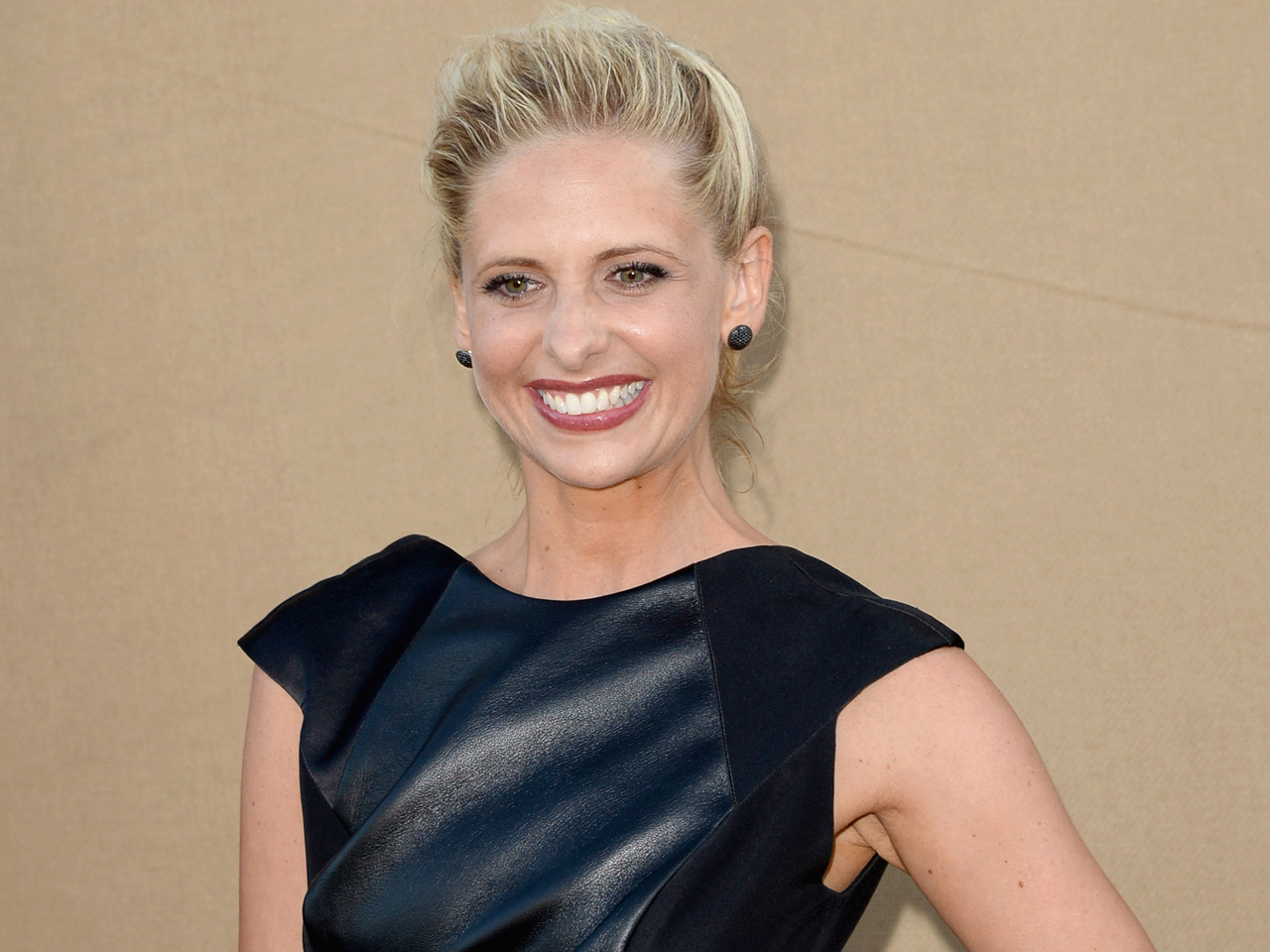 She starred in "Buffy the Vampire Slayer" and "All My Children" and also hit the big screen in such films as "I Know What You Did Last Summer," but Sarah Michelle Gellar is calling her latest role on CBS' "The Crazy Ones" the "most fun."

"It's amazing. I've been in this business for 33 years and it's the most fun I've ever had," Gellar told CBSNews.com about the show, which premiered last week. "I'm learning something new every day. I smile. I laugh. I have the nicest co-stars. Robin Williams -- honestly if I went on and gushed about him even more you would probably think I made him up. He's the kindest, most generous [person] and he's so grateful for the position that he's in. He cares about my children and their birthdays and what I'm doing. It's a real family show for us."

In the workplace comedy, Gellar portrays Sydney Roberts, the daughter of Simon Roberts (Williams), a larger-than-life advertising executive who heads up a powerful agency but displays some unpredictable behavior. On the flip side, Sydney is way more focused and organized at the advertising firm and ends up having to parent her father a lot of the time. There's also Zach Cropper (James Wolk), the neurotic but hardworking art director colleague in the mix.

"The initial attraction was [writer/producer] David E. Kelley and Robin Williams -- check bucket list, check bucket list. I'm a huge David Kelley fan and a huge Robin Williams fan and although I've done comedy, I've never done a real sitcom situation, single-camera -- or I only guest-starred on them," Gellar said. "And I thought it would be such a great learning experience. Instead of having the show totally on my shoulders, I'm there to support Robin, which is just the greatest place to be in."

Gellar, who got her start in show business at the age of 4, said she's so happy to be in this position: "Doing a job for long and to feel like you're learning something is really a pleasure."

Gellar is no stranger to TV, having spent a good part of her career playing Buffy Summers in Joss Whedon's hit TV series "Buffy the Vampire Slayer," which ran from 1996-2003.

"You look at it so differently," she said. "I always say it takes distance to really understand and appreciate -- and I'm so appreciative to be part of a show that was such a cultural phenomenon and will live on," she said. "And I'm proud of the work everybody did. Every crew member, every cast member. We made a really specific, special show that really hit a lot of people and is important to them and still is. It's pretty amazing."

Things are a little different for Gellar these days compared to when she starred in "Buffy." Now a mother of two (with husband Freddie Prince Jr.), Gellar has her children to think about and has made family a top priority. Lately home life has been quite the "circus," she says, noting, "We moved houses...It was both my kids' birthdays, we're launching a new show and my husband is in another country."

But the 36-year-old actress wouldn't trade it for anything, calling her children the "greatest gift" anyone has ever given her.

"It's changed my life in every way, shape and form. Every minute of my day is spent thinking about my children, keeping them safe, keeping them healthy," said Gellar. "Before that -- my husband can take care of himself most of the time, my mom can take care of herself most of the time. You can be pretty selfish and then all of a sudden you have children and they depend on you for everything."

Her two children, daughter Charlotte and son Rocky, are the reason why Gellar recently decided to get involved in a campaign to help raise awareness of pertussis, also known as whooping cough. Gellar made sure Rocky was vaccinated after being born in September 2012, and now the actress, along with her mother, Rosellen, are trying to get the word out about prevention. It comes as the United States experiences one of the largest outbreaks of reported pertussis cases in approximately 50 years with more than 41,000 reported cases and 18 deaths in 2012, according to the U.S. Centers for Disease Control and Prevention.

And researchers found that when it could be determined how an infant caught pertussis, family members, including grandparents, were responsible for spreading it to the baby in up to 80 percent of cases.

Gellar admitted that she didn't initially realize pertussis' effects on babies -- that it could be a "potentially fatal" disease in children. But after she learned more about the disease, Gellar asked her mother to get the booster vaccine, along with her nanny. For adults, sometimes what seems like just a regular cough could actually be pertussis. "You have a new baby, you have people come over and visit your child. And you have a slight cough. We're all adults," said Gellar. "We get coughs. 'Oh it's allergies, or it's my cold office.' We don't think it's something more serious. We can fight pertussis but an infant -- their immature immune system is not ready for it."

"The Crazy Ones" airs Thursdays at 9 p.m. ET. For more on pertussis, visit SoundsOfPertussis.com.