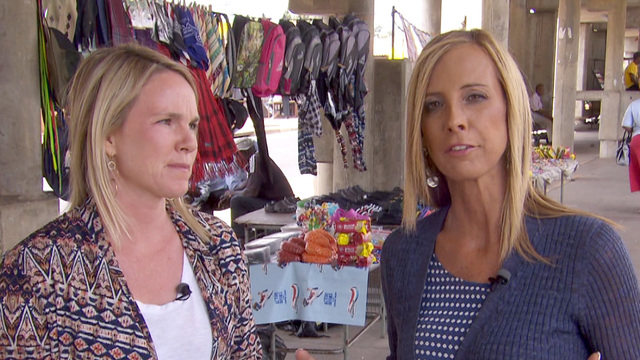 Debora Patta is a foreign correspondent for CBS News. She is based in Johannesburg, South Africa and has been with CBS since 2013.

Patta has reported on major stories throughout Africa, including the rise of and deadly rampage across northern Nigeria by the Boko Haram group, which abducted and likely still has hundreds of Nigerian schoolgirls in captivity.

She also traveled to Liberia to cover the deadly Ebola outbreak -- an assignment that tested her sense of security in a new way.

Patta says she has always "been drawn to stories that expose injustice, that highlight pain and suffering." But covering those stories often comes with risks.

That can be especially difficult as a mother, Patta said, because of other people's perceptions of what women in that role should and should not do.

Before she joined CBS News, Patta hosted a popular investigative TV show in South Africa for 13 years called "Third Degree," which earned a reputation for holding those in positions of power to account and asking the tough questions nobody wanted to answer.

Sarah Carter, who covers Africa for CBS News together with Patta, joined the company in 1997 and is also based in Johannesburg.

Carter's reporting for CBS News and "60 Minutes" has earned her a Peabody and numerous other wards.

"Debora and I have known each other since 1994 and have five daughters between us of a similar age. It gives us a lot of common ground and interests," says Carter, adding that it seems "ironic" the pair only began working together more recently given their "similar interests and passion for our stories."

Reporting on the missing Nigerian schoolgirls has been particularly close to Carter's heart, as she has daughters the same age as the girls who disappeared.

As Patta and Carter interviewed a masked Boko Haram militant in Nigeria in May last year about the kidnapped girls, Carter says her daughters were holding protest signs with other children in front of their school, demanding the girls' safe return.

Carter says she's eager to return to Nigeria to try and shed more light on the missing girls' plight.

"We feel very committed to the story. We have looked these parents in the eye who are begging for any help whatsoever to find their children."

Carter first moved to Africa to cover the genocide in Rwanda, and says she decided early on to raise her children on the continent, "to keep them grounded and exposed to the world."