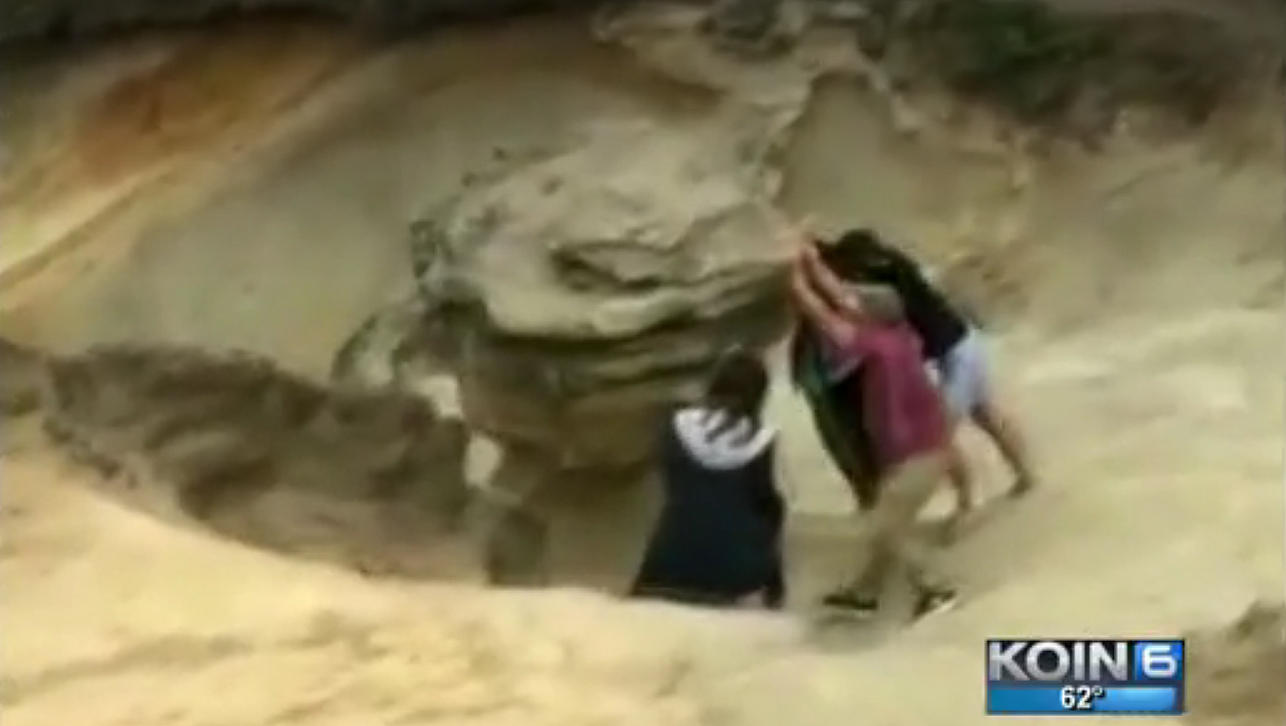 CLOVERDALE, Ore. — The rock formation at Cape Kiwanda in Oregon always looked like it was teetering on the edge of collapse, but this week it finally came down, reports CBS station KOIN in Oregon.

State park officials didn’t initially believe it was destroyed by people. But video shared with KOIN 6 News shows a group of young people pushing it until it topples over.

“It just breaks my heart because so many people have grown up around that rock,” David Kalas, who took the video of the rock being pushed over, said.

Kalas said he thought the group was just posing for a picture when he heard screams. He and his friend Michael Kel went over to the rock and noticed it wobbling.

“We looked over and there were probably 8 guys pushing over the rock,” Kel said. “They kind of just laughed it off and took it with pride that they destroyed something so magnificent and disappeared after. It had no meaning to them whatsoever.”

The sandstone pedestal was popular among visitors, who often climbed it for pictures. It was located in a part of the park that is technically off-limits, after six people died on the nearby cliffs over the last two years.

Parks spokesman Chris Havel says there’s a good reason the area is fenced off. He says it might look safe, but sandstone can give out without warning.