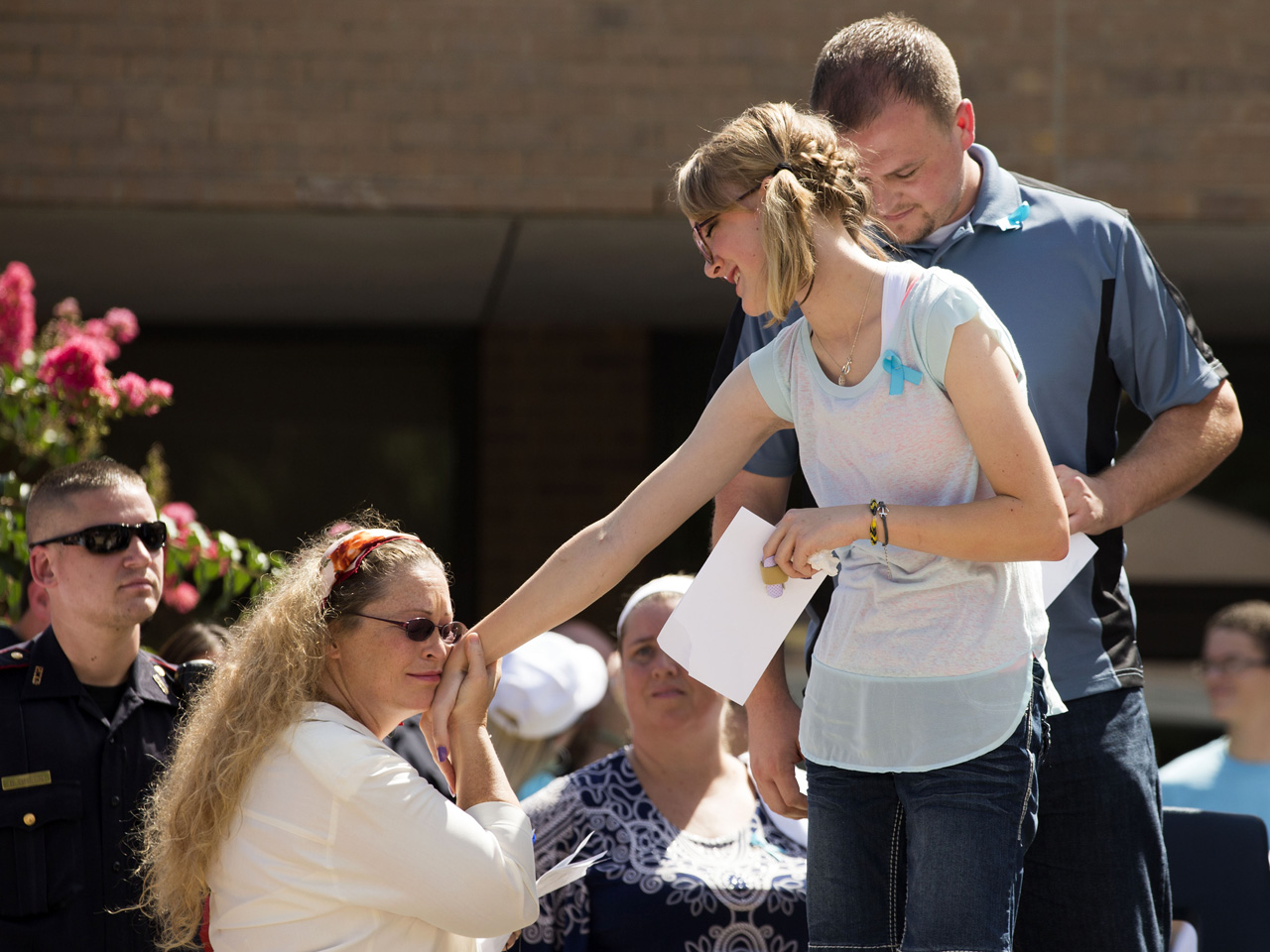 As the six members of a family who were fatally shot in their suburban Houston home last week are laid to rest Wednesday, friends of the family told CBS News the surviving daughter is "strong and confident," like her mother.

The funerals for Stephen and Katie Stay and four of their children, ranging in age from 4 to 14, were being held Wednesday at a chapel in Houston of The Church of Jesus Christ of Latter-day Saints. The couple's 15-year-old daughter, Cassidy Stay, survived by playing dead after she was shot. She was released from a hospital Friday.

"I think that she's a lot like her mother. She's strong and confident. She was raised well," Ross said. "I think that she, you know, is, of course, mourning and there are difficulties that have come with this, but that she, hopefully feels our love and support and knows that we're here for her."

On Saturday, Cassidy Stay thanked her supporters at a public memorial for her relatives.

"I'm feeling a lot better," she said, "and I'm on a straightforward path to a full recovery."

"I just know that if Katie were here, she'd say, 'Quit crying and do something,'" Mixon said. "She was all about do something to better yourself every day. Do something good every day, and that's what they taught their children. That's why they're such a strong family and why we...gravitated towards them, because they were always constantly trying to improve and treat everyone better every day."

Don Guthrie, a longtime family friend of the Stay family, said that the Mormon faith played an important role for the family.

"One of the hallmarks of our faith is that we believe that families can be together forever. Although this is a tragedy, there's always great hope when you understand that," Guthire said. "I think the knowledge of that is what really buoys Cassidy."