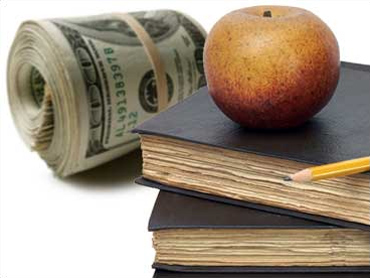 (CBS/iStockphoto)
The financially burdened University of California is considering a controversial measure to generate more revenue – a tuition hike target specifically at engineering and business students.

The $900 annual increase, which amounts to roughly 9 percent of the school's $10,302 tuition, would affect roughly 17,000 students across the 10-campus university, according to a Los Angeles Times report Monday. The school's regents would have to approve the hike and could vote on it as early as next month.

Why engineering and business students? School officials maintain that the higher paid faculty and more lucrative job prospects justify an increase. But students feel an increase could serve to fuel on-campus resentment and discourage others from majoring in those fields. There's also no guarantee of landing a well paying job to handle more student loans, they say.

Officials say a targeted tuition increase is not all that groundbreaking. Almost half of all public universities in the country have done something similar. And at the University of Colorado at Boulder, which charges business and engineering students 60 percent and 38 percent more respectively, enrollment in those two majors is at "an all-time high," officials said.

But critics of the move say anything that could further jeopardize U.S. educational opportunities isn't worth the risk.

"Why make it harder for us to be the leader in science and engineering?" asked 19-year-old UCLA student Karen Lee. "It doesn't make sense to me."

If approved, the measure would generate about $10 million in net revenue for the school.