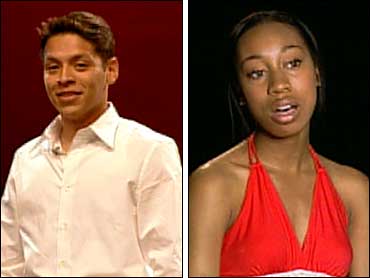 He flies through the air. He jams between his legs. He rings up points as if he were playing pinball.

In the NBA's post-Michael era, there is no successor to Jordan. Vince Carter, however, could be the next best thing.

On Sunday, his sky-walking antics on full display, Carter scored 51 points in leading the Toronto Raptors to a 103-102 win over the Phoenix Suns.

It was the high game in the NBA this season and the most Carter has scored in his career.

Last week, NBC changed its schedule so it could show one of the league's most electrifying players for the first time in the regular season.

"It feels good to get 51, but it hasn't sunk in yet," said Carter, last season's rookie of the year. "Inside I was really excited (about being on NBC)."

Carter's between-the-legs jam won the slam-dunk contest at the All-Star game two weeks ago, and helped land him a spot on a recent cover of Sports Illustrated.

The 6-foot-6 swingman made 17 of 32 shots and was 13-for-13 from the foul line. He hit four 3-pointers, grabbed nine rebounds and had three steals. All ther while he provided the crowd with high-flying moves.

"It was a good coming out party for Vince on NBC," said Suns guard Jason Kidd, who had just nine points and four assists.

Carter's previous high game was 47 points against Milwaukee on Jan. 14 after learning he was left off the U.S. Olympic team.

"I wanted the ball in my hands where I could make a decision," Carter said. "I was hitting shots, but if I wasn't I wanted to get the double team and find the open man.

"Everything else is going to go unnoticed because of the 51; we did it alas a team today."

The highest point total in the NBA this season had been 50 by the Suns' Cliff Robinson and the 76ers' Allen Iverson.

Carter scored his final points with a drive through a double team with 47.5 seconds left, bringing the sellout crowd to its feet and giving the Raptors a 103-99 lead.

"I didn't want to show it but inside I was like a little kid," Carter said. "I looked over at my mom and thought she was going to flip out of her seat."

Phoenix came right back down the court and Rodney Rogers hit a quick 3-pointer to make it a one-point deficit with 37 seconds left.

The Raptors then lost the ball on a shot clock violation, and Phoenix had one last chance. But Rogers lost control when he drove for the lane because Charles Oakley got a piece of the ball and time ran out.

"That 50 points is good with a win. If we had made that basket, it would be a nice 50 points with an `L'," said Robinson, who had 12 points. "We wanted to limit his easy shots and we did that, but he hit his shots. He's more than a dunker."

"We need him to come out and play like that every game. He doesn't necessarily have to score 51 points but he has to be aggressive," Davis said. "He was aggressive today and made something happen every time."

Penny Hardaway and Rogers each had 28 points for the Suns, who had beaten Toronto three straight times and won eight of their nine previous games.

Carter rallied Toronto from a three-point deficit early in the fourth quarter with three straight mid-range jumpers to give the Raptors a 84-82 lead. Hardaway had a couple 3s and closed the gap to 99-96 with 1:48 left.

Carter hit a 360-degree layup that drew a foul from Hardaway three minutes into the third quarter. A minute later, Carter slammed down an alley-oop from McGrady to put Toronto up 62-57.

Toronto started to get sloppy after that and allowed Phoenix back into the game.

Carter, who had 25 points in the first half, hit consecutive 3-pointers with two minutes left in the second quarter and followed with a two-handed dunk to give the Raptors a nine-point lead.

"I didn't want to get to the point where we were running eight or nine plays in a row for Vince and have the rest of the guys just standing around," Butch Carter said. "If you look at the numbers Iverson has put up when he's had his big games, his team has lost."