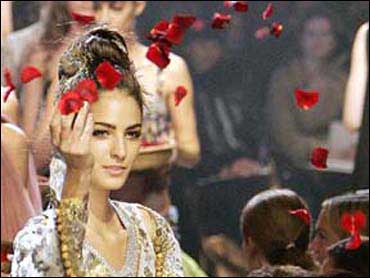 Young women are quickly catching up to their male counterparts when it comes to alcohol-related fatal car crashes and other risky driving behavior, according to a new study.

University of California researchers say young men traditionally are known as the highest risk group for alcohol-related fatal car crashes, but over the last 10 years there has been an alarming increase in such deadly accidents among young female drivers.

Overall, the study showed young women between the ages of 16 and 24 had 13 percent fewer alcohol-related traffic fatalities from 1995 to 2004 than young men. But the rate of such accidents among young women increased at nearly the same rate as men, 1.3 percent and 1.4 percent, respectively.

In addition, the study showed young women were more reluctant than men to adopt safe driving habits, like buckling their seatbelts.

"Young females should not be overlooked or underestimated in risky driving habits and involvement in alcohol-related crashes," says researcher Virginia W. Tsai, MD, of the department of emergency medicine at the University of California, in a news release. "They are both at considerable risk for serious and fatal crashes especially if there is alcohol involved."

In the study, presented this week at the annual meeting of the Society for Academic Emergency Medicine in Chicago, researchers compared information on alcohol-related fatal crashes among young men and women aged 16-24 in the United States from 1995 to 2004.

Young men accounted for 13 percent more of the nearly 140,000 fatal crashes reported during the study period.

But when researchers looked at change over time, they found young women's rate of alcohol-related traffic fatalities was increasing at a rate comparable to men. This increase was especially apparent among young women of legal drinking age (21-24).

A similarly disturbing trend was found in regard to seatbelt use. Young men
involved in fatal alcohol-related car crashes were 18 percent less likely to use seatbelts than women overall, but were more likely to start using seatbelts during the study (9.2 percent vs. 7.5 percent).

Researchers say the results suggest that traffic safety messages traditionally targeted at young males should be revamped to target both young men and women.