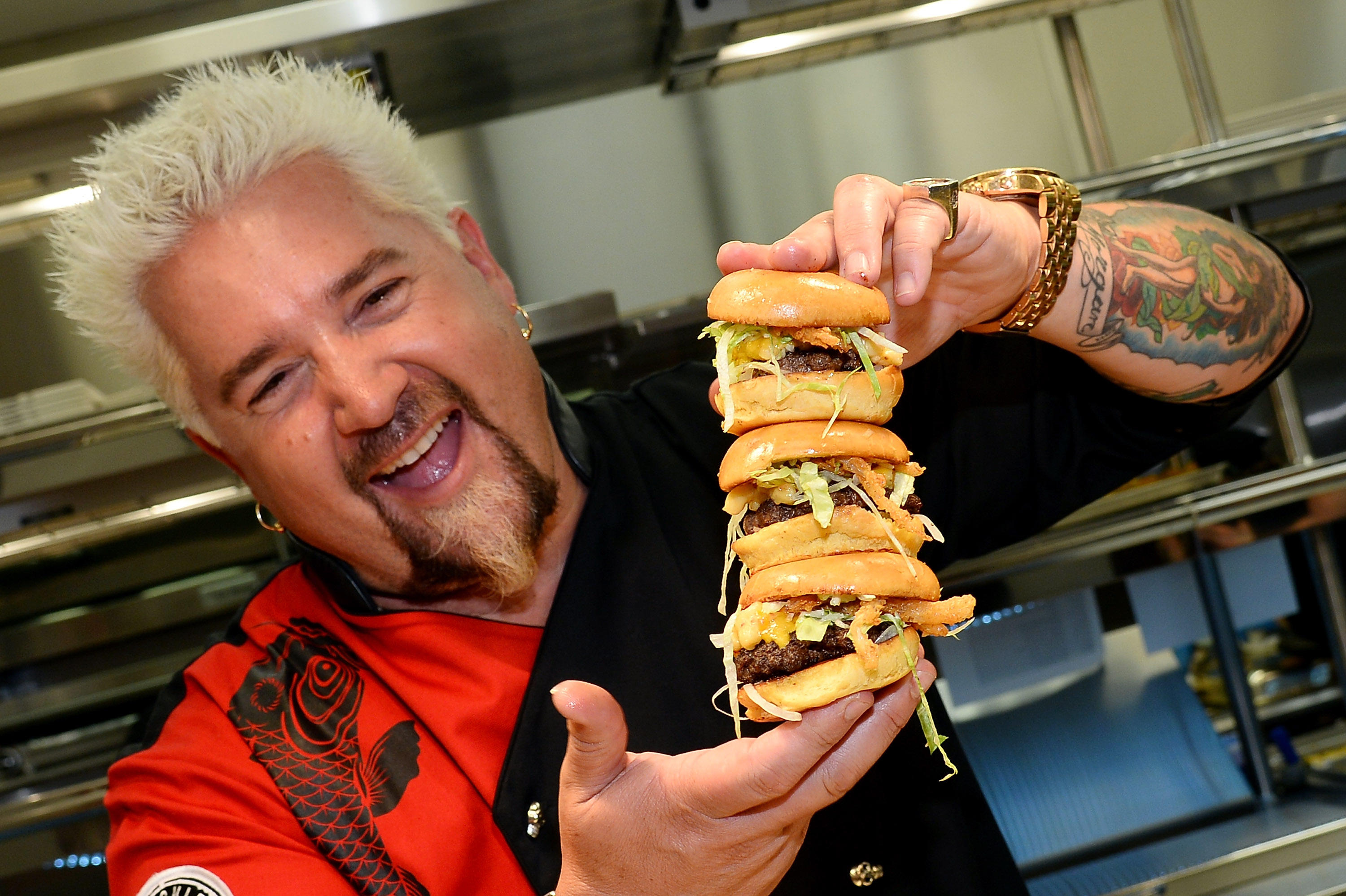 When you hear the words "Guy Fieri" and "fire" in the same sentence, your mind probably goes to one of two places: spicy food or his famous shirt covered in yellow and red flames. But this week, the celebrity chef is making headlines for a red-hot good deed; serving barbecue to hundreds of people evacuated from Northern California's deadly wildfires, including the fast-moving Carr Fire, which has destroyed more than 700 homes, claimed the lives of at least six people and is only 20 percent contained.

It's the not first time that Fieri has offered a helping hand to California wildfire evacuees. In October 2017, the Food Network host teamed up with the Salvation Army and Operation BBQ to bring comfort food to the devastated communities of Santa Rosa, California, after 2017's lineup of wildfires swept through the area.

At the time, it was estimated that 100,000 people had been evacuated from their homes. Now, as the number of people ordered to flee from Northern California's Ranch and River Fires swells to 15,000, the famous California native is teaming up with those organizations again.

On Monday, he took to Twitter to praise the "Cattlewomen of Humboldt" for donating beef to the cause.

"We're in tough times as a world with all of the things going on," Fieri told CNN on Sunday. "And boy, you take a moment like this and you really see what America is made of. A lot of great people coming together."

Chef José Andrés, who received acclaim for his efforts to feed the people of Puerto Rico in the aftermath of 2017's catastrophic Hurricane Maria, was also present on the ground in Redding, through his relief organization World Central Kitchen, which partnered with Fieri to feed both victims and first responders.

It's a small bit of heartwarming news in what continues to be a tragic story. But for the Redding evacuees in Shasta County shelters this week, the sight of a celebrity chef serving them burgers just might provide a much-needed distraction from the gravity of the situation.