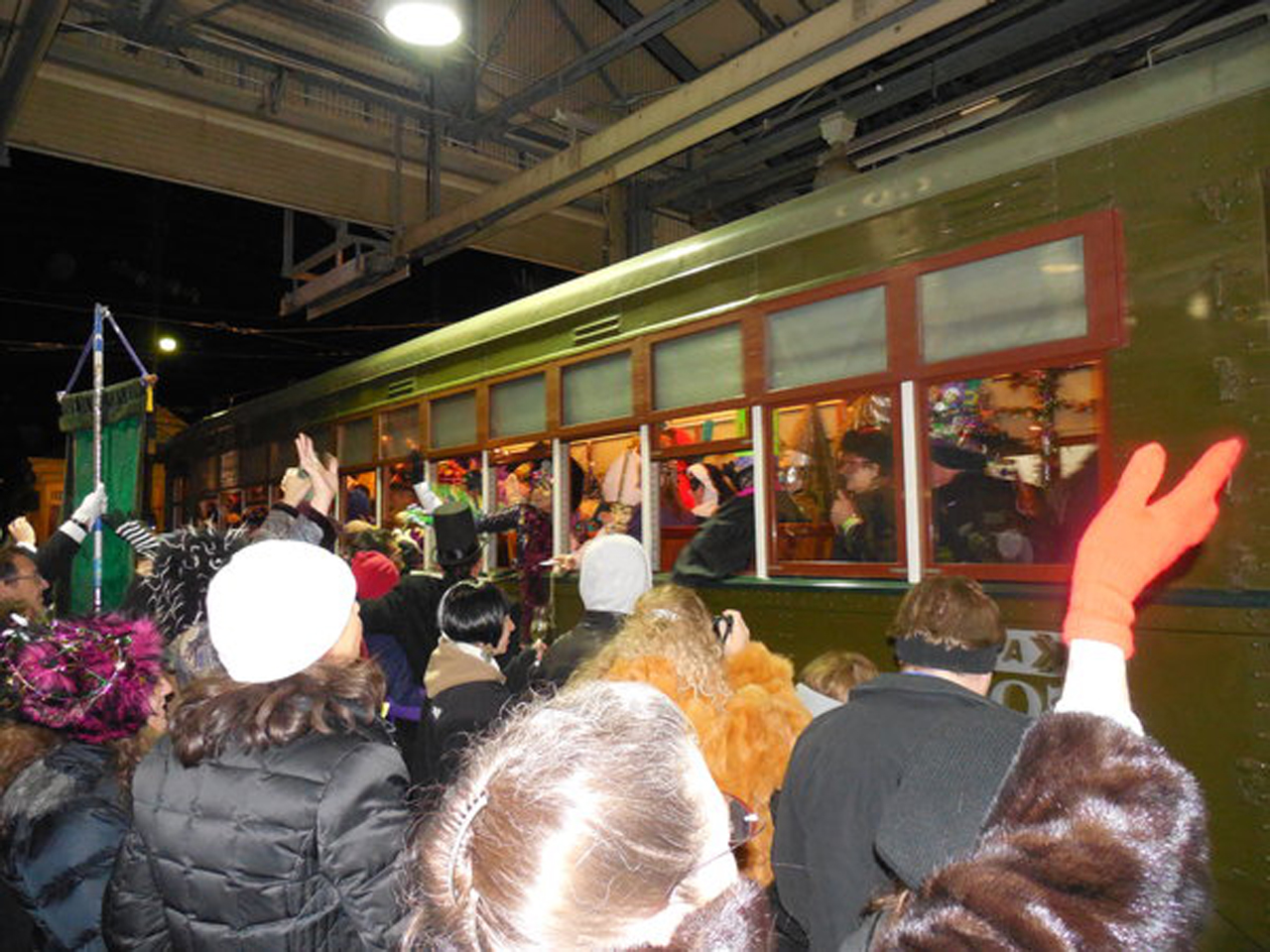 The Phunny Phorty Phellows club, which first took to the streets in 1878, was one of two groups that paraded Monday night, known as Twelfth Night. For many Christians, the 12th night after Christmas marks the end of the holiday season and the beginning of the overindulgence and debauchery associated with Carnival.

In New Orleans, Twelfth Night is when street parades begin and king cakes pop up in grocery stores and bakeries.

Aboard the streetcar, the boisterous and colorful Phunny Phorty Phellows bobbed to a brass band as the troupe tossed beads, candy and trinkets to revelers waiting street-side, bundled in heavy coats and scarves. A frigid wind accompanied temperatures that dipped to the low 20s - uncommon in south Louisiana, even in January.

"It doesn't matter. I wouldn't miss this for anything," said New Orleans resident Kelley Frank, a cocktail in hand as she adjusted her long shawl and took in the costumes - many in the traditional Carnival colors of purple, green and gold. "This is what we do, what we live for, rain or shine or in this case, freezing."

For more than 30 years, the Phunny Phorty Phellows streetcar ride is traditionally one of the first street appearances of the Carnival season. Though the group's beginnings date back to 1878, they had stopped parading in the late 1800s and weren't revived until 1981.

"People know that when they see us coming in the streetcar, Carnival has arrived," said Jim Hobbs, a longtime member of the club.

In the French Quarter, revelers dressed as knights, peasants and angels paraded on foot, horseback and in pulled carts in a parade that pays homage to Joan of Arc, the martyred girl warrior born on Twelfth Night more than 600 years ago.

Monday marked the sixth annual parade for the Krewe of Jeanne d'Arc, which included revelers marching to bagpipes and drums as they tossed fireball candies, matchboxes, tea candles, prayer cards and 16 hand-crafted wooden swords. The 16 swords, decorated by hand with glitter, paint and sparkly gems, commemorate the age of Joan of Arc when she found her sword at the Church of St. Catherine of Feirbois, said Amy Kirk, the group's founder.

Kirk said more than 200 members put on the parade honoring the heroine who went on to become a saint.

"Our parade is a little different because she's a saint," Kirk said. "There are parts of the parade that are very quiet, but it's fun and family-oriented with lots of music and costumes. Just like Mardi Gras, it's a natural intersection of religion and culture."

In all, more than 100 parades will be held along the Gulf Coast in the months leading up to Mardi Gras on March 4. The end of Carnival is marked by Ash Wednesday, the day after Fat Tuesday, when Lent begins as the faithful prepare for Easter.