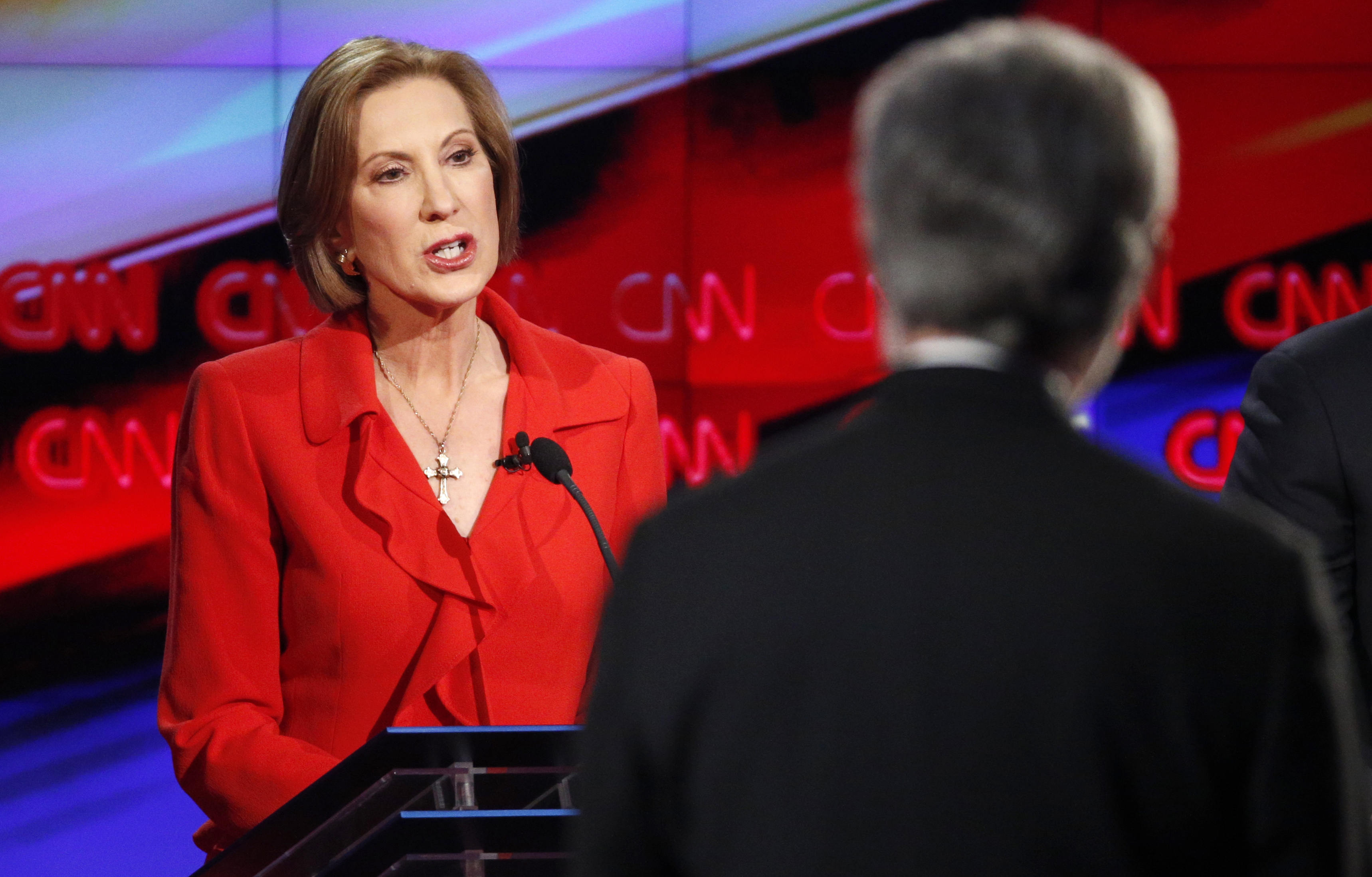 After being excluded from ABC News' Republican debate on Saturday, GOP presidential candidate Carly Fiorina is banking on more media exposure from the other major national event of the weekend: Super Bowl 50.

The Fiorina campaign will air a 30-second ad on CBS' New Hampshire affiliates this Sunday during the "first pod" of the Super Bowl broadcast -- sometime between the national anthem and halftime.

The spot portrays Fiorina as a "fearless fighter" who would not only win the general election but who would also "restore the character of our nation."

"I have battled breast cancer," Fiorina voice says in the ad as clips of the candidate at various campaign events play out. "I have buried a child. I have read my Bible. I know the value of life."

"Every person has God-given gifts," she continues. "All of us actually have far more potential than we realize. We will win this fight -- but it is a fight. So we need a fearless fighter in the White House."

Her final concluding pitch to the voters of New Hampshire: "Join with me. Fight with me. Vote for me. It's time to take our country back."

According to the campaign, the total cost of the ad buy was "six figures."

Touting the Super Bowl commercial in a statement, Fiorina's deputy campaign manager, Sarah Isgur Flores, attacked ABC as the "Anybody But Carly" network and said that the Disney-owned channel "refused even to sell us airtime during or around the debate."

"Media executives at ABC can try their best to anoint their flagging establishment candidates, but as Carly has said: She won't ever stop fighting," Flores said Saturday.

Fiorina, despite finishing sixth in the Iowa caucuses ahead of other candidates to appear on the debate stage, had not met the criteria for the GOP forum -- qualifications released by ABC last month.

A super PAC backing Fiorina, CARLY for America, also released an ad online Saturday mocking ABC for "including people she beat" on the debate stage.

The parody spot -- a faux ABC commercial that also jabs at the network's parent company -- announces, "On Disney's ABC, we've frozen Carly out, turned the debate inside out: All part of our Mickey Mouse operation."

New Hampshire residents will cast their ballots in the first-in-the-nation primary on Tuesday.