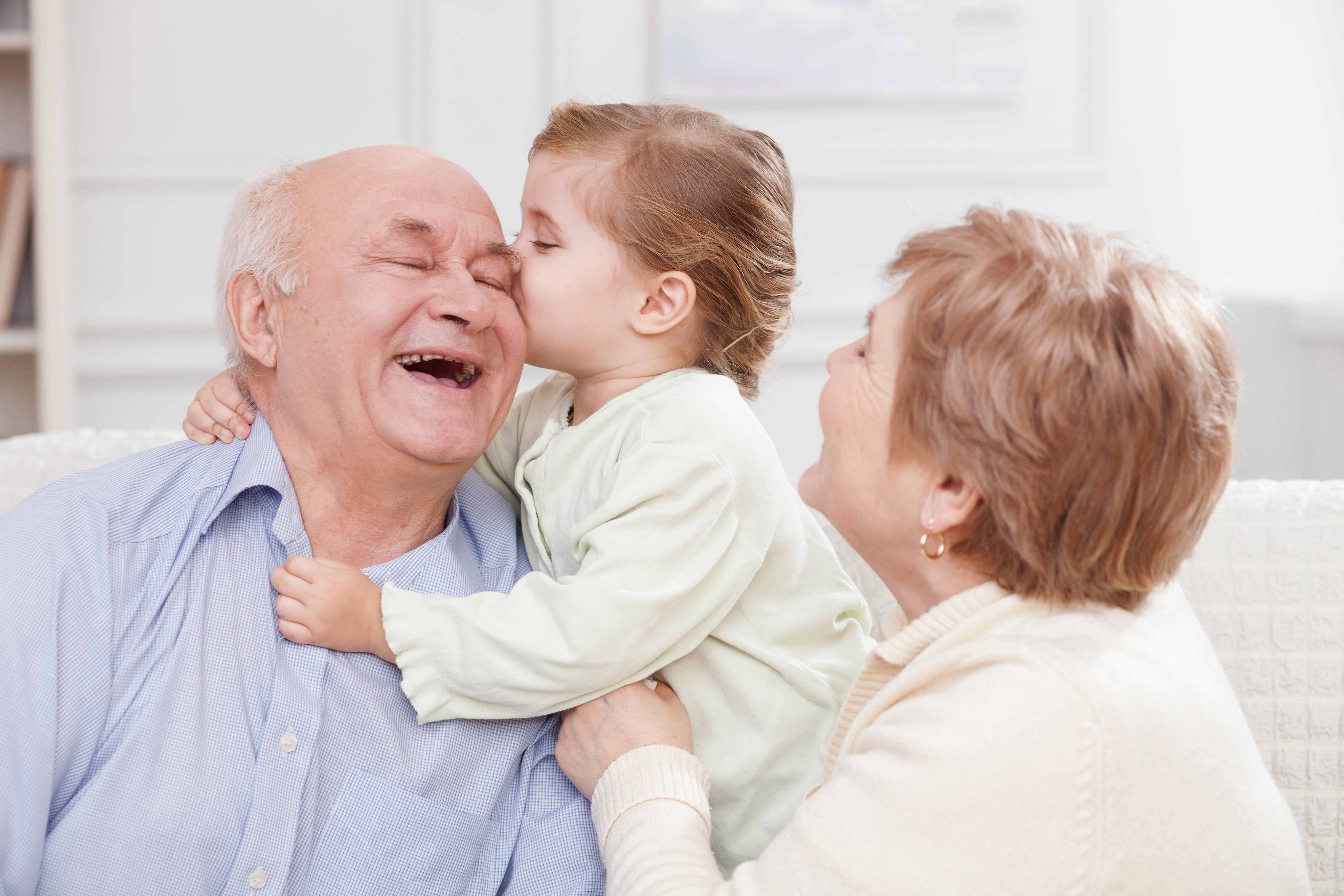 Older adults who look after their grandchildren might also be doing themselves a favor. New research suggests that it could be linked to a longer life for the caregivers.

The study, published in the journal Evolution and Human Behavior, found that grandparents who helped care for their grandchildren lived an average of five years longer than those who did not.

The international group of researchers also found a similar effect among seniors without grandchildren who cared for kids outside their own family or provided assistance to people in other ways. Older childless adults who provided childcare lived an average of three years longer.

Study author Ralph Hertwig, director of the Center for Adaptive Rationality at the Max Planck Institute for Human Development in Berlin, notes that the benefits grandchildren receive from being cared for by their grandparents is well established — but there’s been less research on the other side of the equation, what it means for the grandparents.

He points to a 2009 U.S. Census Bureau report that found 2.5 million grandparents were responsible for most of the basic needs of one or more grandchildren who lived in their household. Similarly, according to a 2009 study of more than 35,000 Europeans, 58 percent of grandmothers and 49 percent of grandfathers reported providing some care for their grandchild over the course of a year.

“Now, rather than only focusing on the potential benefits for grandchildren, we wanted to in addition ask whether there are tangible benefits to the donors, or the grandparents,” Hertwig told CBS News. “In other words, is caring a one-way street or not.”

For the study, the researchers analyzed data on lifespans for more than 500 people from Germany and Switzerland between the ages of 70 and 103 years old. They used data from the Berlin Aging Study, collected between 1990 and 2009.

Primary and custodial caregivers were not included in the study. The researchers controlled for a number of factors that could have impacted the results, including physical health, age, socioeconomic status, and number of children and grandchildren.

However, the authors note that the study only shows an association between caring and a longer life and does not prove a cause-and-effect relationship.

Furthermore, they emphasize that any benefits of caregiving likely have limits.

“Helping shouldn’t be misunderstood as a panacea for a longer life,” Hertwig said in a statement. “A moderate level of caregiving involvement does seem to have positive effects on health. But previous studies have shown that more intense involvement causes stress, which has negative effects on physical and mental health.”

What would explain the possible benefits they observed? The authors suggest the answer may lie in the deep evolutionary roots of prosocial or altruistic behavior.

“It seems plausible that the development of parents’ and grandparents’ prosocial behavior toward their kin left its imprint on the human body in terms of a neural and hormonal system that subsequently laid the foundation for the evolution of cooperation and altruistic behavior towards non-kin,” first author Sonja Hilbrand, a doctoral student in psychology at the University of Basel, said in a statement.