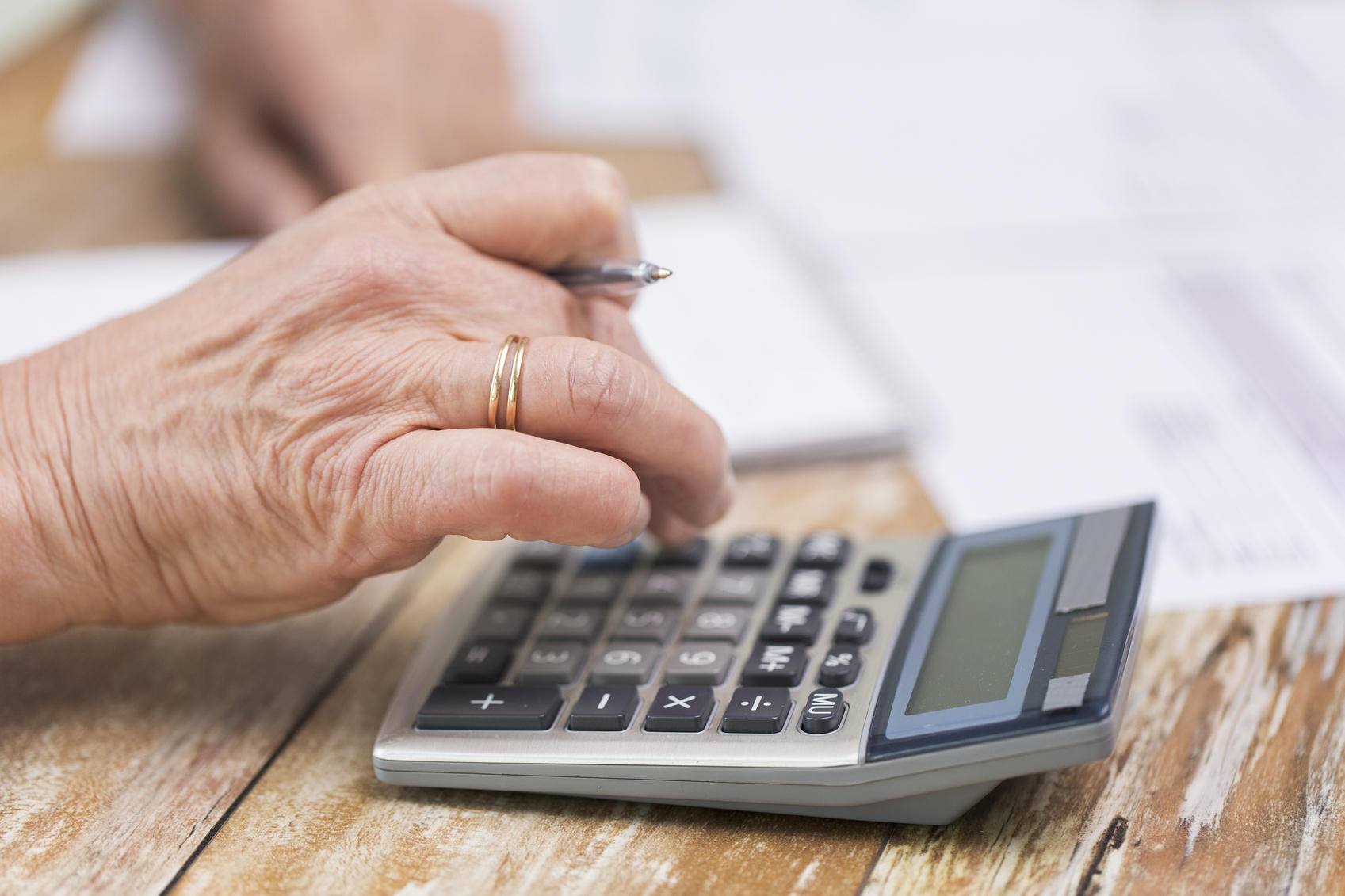 A huge portion of a caregiver’s salary goes to the needs of their sick family member or loved one, a new study shows.

Family caregivers spend 20 percent of their income — an average of $6,954 — on out-of-pocket costs related to caregiving, according to the AARP Research report.

For the survey, more than 1,860 family caregivers answered questions and kept a daily diary that tracked all of their out-of-pocket expenses that went toward caregiving. The research was conducted during the summer of 2016, and included men and women currently providing unpaid care to a relative or friend aged 18 or over.

Hispanic/Latino and low-income caregivers were especially hard hit — spending an average of 44 percent of their total annual income to take care of a loved one.

“The numbers in the study are quite striking,” AARP’s Executive Vice President Nancy LeaMond told CBS News. “The percentage is even higher for caregivers earning less than $32,500 a year. I was just really stunned by that number.”

LeaMond said the money goes to a variety of needs, from small items picked up at the store to travel expenses to and from a loved one’s home. It also pays for outside support such as aides to help with bathing, feeding, dressing and cleaning the home of the sick relative or friend.

Household expenses — rent, mortgage payments, home modification such as ramps and handrails — make up the lion’s share of a family caregiver’s out-of-pocket costs, about 41 percent of their total spending.

Medical needs account for the second largest portion of caregivers’ spending — about 25 percent of the total. That includes nursing care and insurance costs among other medical expenses.

Alzheimer’s and other forms of dementia hit caregivers’ pocketbooks especially hard. Family caregivers for adults suffering from dementia reported nearly double the out-of-pocket costs ($10,697) compared to others without dementia.

Not surprisingly, long-distance family caregivers (defined as those who lived more than an hour away) had the highest out-of-pocket costs at $11,923. Caregivers who shared the same home still faced average costs of about $8,616.

Caregivers’ work lives were compromised, too. More than half of employed caregivers (56 percent) reported at least one work-related stressor, such as working different hours, logging fewer or more hours, and taking time off (both paid and unpaid) for caregiving duties.

The costs can be tremendous and may drain a caregiver’s own retirement funds and their children’s college savings, said Beth Kallmyer, vice president of constituent services for the Alzheimer’s Association.

She said the Alzheimer’s Association reported results from their own caregiver survey earlier this year, finding that half of the people caring for loved ones with Alzheimer’s disease are sacrificing their own financial security to do so — including selling their cars, putting off their own medical care and even cutting back on food to afford caregiving expenses.

Kallmyer explained why dementia can be particularly hard on a caregiver’s finances.

“Alzheimer’s is more expensive than other chronic diseases because the level of care needed is so significant,” she said. “With Alzheimer’s, as the disease progresses, the person eventually needs help with all the activities of living — medications, how to plan for their day, and in the early stages, basic help with initiative. As they move to the middle stages, they need help getting dressed, bathing, shaving, eating and then eventually mobility,” said Kallmyer.

And while it’s different for every patient, many with Alzheimer’s can live a long time — between four and eight years from the time of diagnosis. Some live as long as 20 years.

“Most families are not going to be able to pay for this out of pocket, even in the shorter term, for two years,” Kallmyer said.

The Alzheimer’s Association recommends families educate themselves early on so they know what they’re facing financially, and learn what resources are available in the community and through the government to help supplement their needs. Consider seeing an elder care attorney and a financial planner, said Kallmyer.

Many families need to access Medicaid in order to pay for services, she added. The Alzheimer’s Association has a 24/7 help line to assist caregivers in talking through financial and other issues.

AARP also has more information about resources on its website.

LeaMond said AARP hopes Congress will pass the bipartisan Credit for Caring Act — which provides a federal tax credit of up to $3,000 — in order to “give some sorely needed financial relief to eligible family caregivers.”