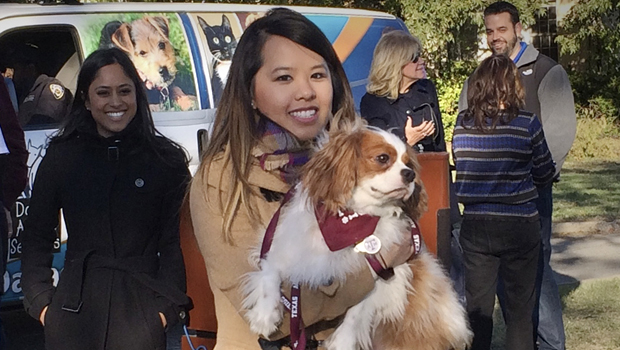 Since the Ebola crisis first touched down in the U.S., the public has asked what the price tag is for such an emergency response. On Wednesday, Dallas officials publicly revealed it cost the city a total $155,000 to respond to the health crisis of Ebola patients 0 through 2.

Nearly $27,000 went to care for Nina Pham's dog Bentley, a King Charles Spaniel, which included comfortable bedding, toys and boarding at decommissioned naval air base while his owner was sick. Pham was the first of two nurses infected with the virus after caring for Thomas Eric Duncan -- patient 0 -- who died in early October.

The Texas Department of State Health Services says it incurred about $1.28 million in costs. The cost to Dallas County and Texas Health remain unclear.

The cost to care for Pham's dog will be offset by $19,000 in grants and donations.

Health officials on both state and federal levels have stressed that creating the right facilities, acquiring the right equipment and training health care workers for Ebola-readiness is a public health priority despite its hefty price tag. Only 10 patients so far have been treated for the virus in the U.S.

On Tuesday, the U.S. Department of Health and Human Services released a list of hospitals with designated Ebola treatment centers though without information on how much funding was provided on the federal and state levels.

In November, President Obama asked Congress to approve an extra $6.18 billion in emergency spending to combat the Ebola virus. Under the White House's recommendation, $4.64 billion would be used for immediate needs, while $1.54 billion in contingency funding would ensure there are resources available to respond to the outbreak both in the United States and abroad.