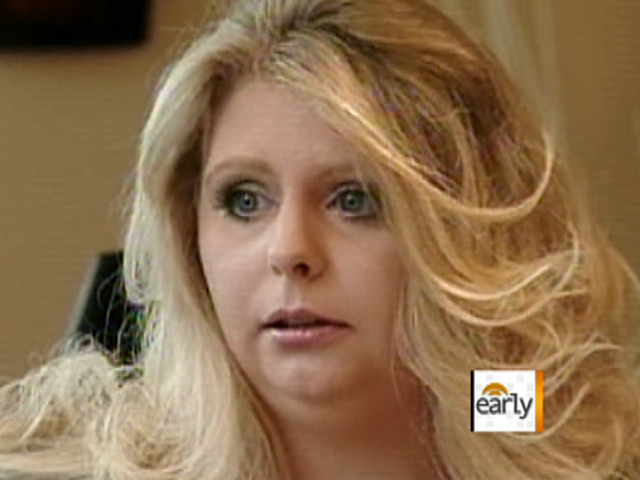 For 10 years, Tanya Kach, of McKeesport, Pa., was held as a sex slave under her abductor's complete control. Now, she's come out to tell her amazing survival story.

In 1996, Kach was a 14-year-old girl carrying around grown-up problems. Her parents were splitting up. And, like most girls that age, adjusting to the teenage years was tough.

Kach told Lynne Hayes-Freeland, of CBS Pittsburgh station KDKA-TV, "My mother wasn't in my life at that point. My dad completely forgot he even had had a daughter and we were living under the same roof, and I was hanging around with the wrong crowd."

That combination made Kach the perfect target for Thomas Hose. He worked as a security guard at her middle school, and they became fast friends. Meeting under the stairwell there, Kach says she believed she was starting a relationship with a man 25 years her senior -- a man who was taking charge.

Kach recalled, "He was an authority figure, wearing a uniform and a badge. (He was) somebody that you would trust, and he befriended me."

But Kach quickly got in over her head. When she ran away from home, she ran to Hose,- who was living with his parents and a son. Hose kept her hidden away in a second-floor bedroom for 10 years. Even his parents say they never knew she was there.

To the outside world, Tanya Kach was a missing milk carton kid -- thus the title of her book, "Memoir of Milk Carton Kid."

Kach told CBS News her life in captivity was "absolutely horrible." She says she was confined to a bedroom 24 hours a day and led downstairs to a take a shower at most once a week.

Hayes-Freeland asked, "There were times that you didn't have access to a bathroom?"

"He put a bucket in there, and said, 'That's your bathroom,'" Kach said. "I was just so brainwashed. I feel humiliated now. Absolutely."

Kach says her worst memories are the holidays, and Christmas Eve in particular. She spent four of them inside a closet on the second floor of the Hose home.

"It broke my heart," she said. "I thought of my family, wondering if they were thinking about me."

Over time, Hose allowed Kach to go on the back porch of the house when he was getting ready for work. She didn't leave because he promised to hunt her down and threatened her life.

"He would just point. I was like a dog," she said. "I did what my master told me. I went in the closet."

That lasted for years. Hose made Kach change her hair color and her name, and with those changes came limited freedoms. As she got out, Kach wanted more. She found a friend at a nearby convenience store and one day confided in him that her name wasn't Nikki at all -- but Tanya -- and she was the girl police had been looking for for a decade. He called police and Hose was arrested.

Thomas Hose, now 53, pleaded guilty in June 2007 to charges of involuntary deviate sexual intercourse with a minor, interfering with the custody of a child and child endangerment. A judge sentenced him to 15 years in prison. He is eligible for parole in February 2012.

Kach said, "He's an absolute monster. There's just no words to explain him."

What's next for Tanya Kach? She is working on an associate's degree and hopes to be a realtor.

Hayes-Freeland said on "The Early Show" that Kach plans to have her voice heard at Hose's parole hearing in February. Hoping to avoid seeing her former captor, she plans to submit written or videotaped testimony.