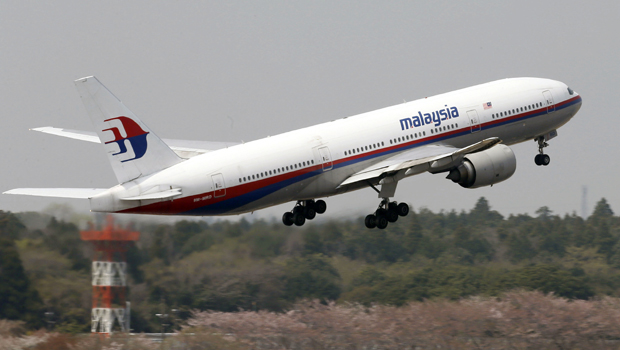 Though there is still no sign of a Malaysia Airlines Flight 370 jet that disappeared over the weekend, it's "very clear," according to CBS News aviation and safety expert Captain Chesley "Sully" Sullenberger, that whatever happened to the plane happened "suddenly" and "perhaps catastrophically."

Sullenberger said absent any evidence or wreckage, all "causes should still be on the table."

The flight from Kuala Lumpur to Beijing lost contact with ground controllers somewhere between Malaysia and Vietnam. The airline reported no distress signal had been issued.

Sullenberger said it's possible for the plane to be in distress and no communication made with officials on the ground.

"I know exactly how the high workload and the pressure of trying to find out what's going on, can keep a crew busy when they're unable to communicate," Sullenberger said.

Sullenberger, the famed captain of the "Miracle on the Hudson" flight landing in New York, explained: "What happened to us five years ago...it was actually an advantage we knew very early on what exactly caused our engines to fail -- it was the bird strike -- and so I didn't have to spend a lot of time trying to figure out what happened. I was able to go straight into, how do I fix the situation? We don't know yet how complex or ambiguous this situation that this crew may have faced."

The so-called "black box recorders" will likely be found, according to Sullenberger, because the Gulf of Thailand is shallower than other bodies of water, such as the Atlantic Ocean.

"Then we'll be to know more," Sullenberger said. "And in the case of TWA 800 in July of 1996, the (National Transportation Safety Board), actually recreated in the hangar by piecing together the wreckage to begin in a forensic way to find out how the airplane failed, how it was destroyed. It turned out to be a fuel tank explosion. So ultimately, we will know not only what happened, but how it happened and why it happened."

Some newer planes, such as Boeing's 787, do have advanced live black box technology, Sullenberger added. The technology is designed to avoid the problem of lost flight recorders, a change that was called for in the wake of air disasters such as Air France Flight 447 in June 2009.

Sullenberger, who said he recently witnessed the technology at work on a visit to the Boeing Company, said, "Those airplanes automatically downlink maintenance status messages for operational and liability reasons. So the technology is similar to what they're proposing. It could be done on newer airplanes relatively easily."