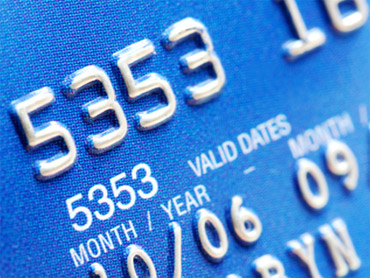 Capital One Financial Corp. on Thursday said its fourth-quarter profit leaped 85 percent as its customers got a better handle on loan and credit card payments.

That was well above the $1.40 per share forecast by analysts, on average, according to FactSet.

Capital One benefited from lower write-downs on loans that it could collect. It wrote off 4.45 percent of balances across its consumer and commercial lending businesses. That's still high by historical standards, but below the 2009 quarter's 6.33 percent.

The biggest improvement came in its well-advertised credit card segment, from which the company derives about a third of its earnings. For the quarter, it wrote off 7.21 percent of balances, down from 9.58 percent in the 2009 period.

In consumer banking, which includes auto, home and personal loans, the rate fell to 1.98 percent from 2.85 percent. The commercial loan charge-off rate dropped to 1.43 percent from 2.91 percent.

Capital One said total revenue for the quarter fell to $3.96 billion, from $4.37 billion last year. The bank said the decline reflected slightly lower average loans, and the full impact of credit card regulations that kicked in during the year, restricting things like over-the-limit fees and sudden interest rate increases.

The ubiquitous advertising Capital One did in the quarter for its credit cards and consumer banking did not come cheap. The bank spent $308 million on marketing, 64 percent more than the $188 million in the 2009 quarter. During a conference call to discuss the results, Capital One executives defended the spending, and said it could rise even more because it is paying off by attracting new customers. CEO Richard Fairbank said the credit card law has created a more level playing field for Capital One, leaving it "well positioned" to gain market share for that business.

Capital One trimmed the amount of money it set aside in the quarter to cover souring loans to $839 million, from $1.85 billion in the 2009 quarter. It released $547 million from its reserves during the quarter, which helped boost earnings.

The earnings gains come despite lower revenue from cards because of new federal regulations. Those declines were partly offset by gains in the commercial banking segment.