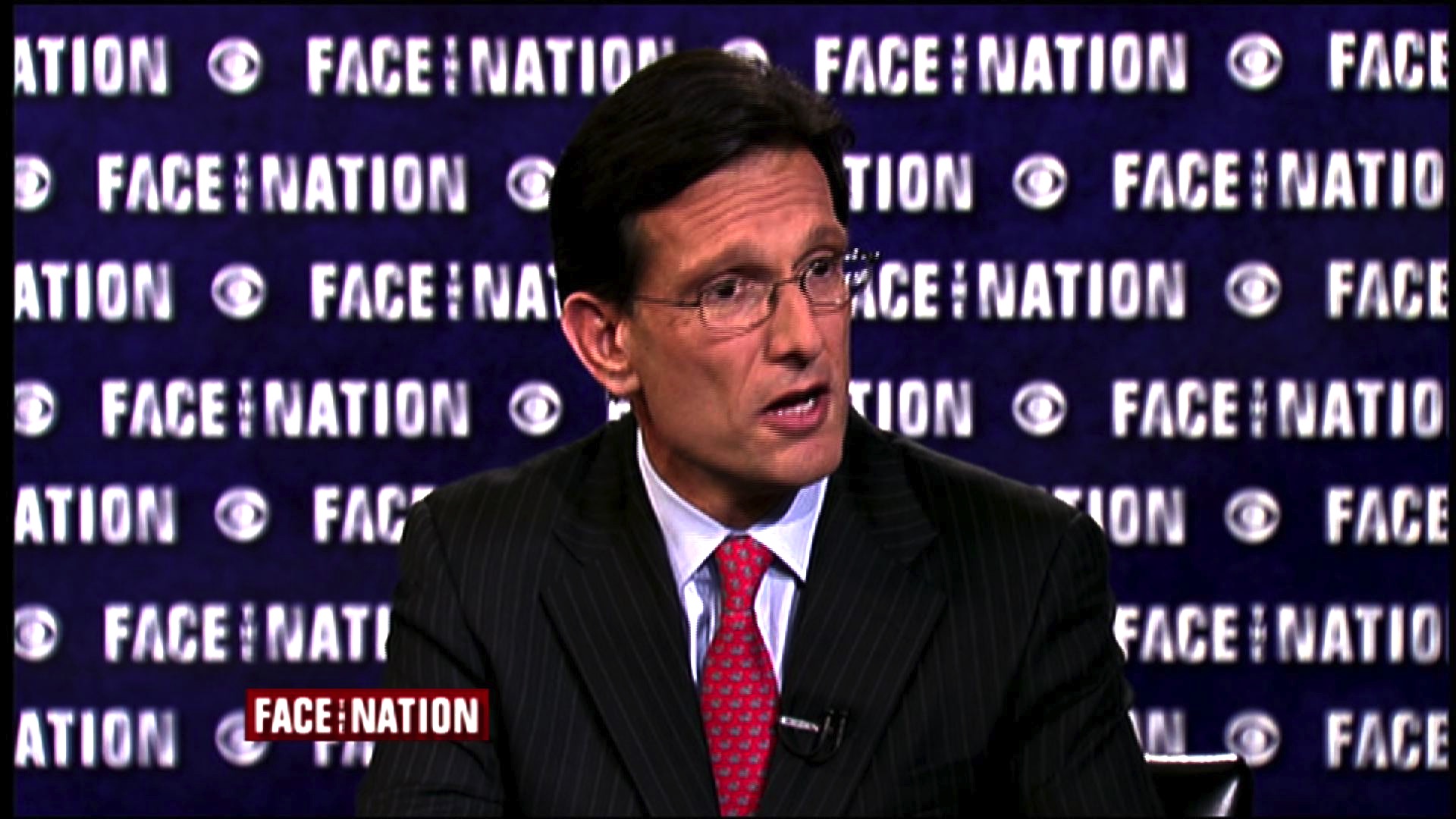 The treacherous path forward for the GOP on immigration was on full display Sunday morning as House Majority Leader Eric Cantor, R-Va., avoided discussing whether his party was open to the possibility of citizenship for immigrants who came to the U.S. illegally.

Though CBS News’ Major Garrett pressed Cantor repeatedly over the issue of citizenship – which is a top priority for President Obama and congressional Democrats – the majority leader shifted his answer to talk about jobs.

“There's a lot of focus on the immigration issue, but you know in reality, we not only want to help the situation there, a lot of the discussion that we had with our members at the retreat was that we want to help the problems right now: job growth and the lack of the job growth,” Cantor said on “Face the Nation” Sunday. “I believe that you're going to see us, in Congress, not only continue this discussion on immigration, but we want to try to get to the heart of the issues that are affecting most Americans.

“I'm not running away from this. I know this is something that a lot of people want to report on and talk about, but most of the American people are worried about what's going on in their households, the fact that wages have not gone up in this country in ten years,” Cantor continued.

The GOP leadership backed the possibility of legal status for undocumented immigrants who can meet a specific set of criteria in a set of draft principles they released Thursday during their annual retreat. The top House Republicans have indicated they will tackle immigration issues in a series of smaller bills this year.

Cantor said they should focus on “things that we can agree on,” like the status of children brought to the country illegally by their parents when they were young. But on other issues, Cantor said, “there's a lot of distrust of this administration in implementing the law.”

“We just heard the president in his State of the Union address say, you know what, if he can't work with Congress, he's going to do it his own way,” Cantor said. “There's not been a determined sense that we are going to secure the borders and make sure that the laws on the books are being implemented now. I would say that is a precursor and has to happen first.”

Though President Obama has repeatedly pressed for citizenship as part of any immigration overhaul, the administration is trying to give the Republicans space on the issue.

“We're not going to jump to any conclusions on this,” White House Chief of Staff Denis McDonough said before Cantor on “Face the Nation.”  “You know the President's principles, which is that we ought to see a pathway to citizenship for people. We don't want to have a permanent separation of classes or two permanent different classes of Americans in this country.”

“We'll see how this plays out.  Our job now is to stand back, see how the House Republicans handle this. And I think we see some important progress here,” he added.

“I believe firmly that we will have a vote on an alternative for a healthcare system that works for people,” he said. “We will have it this year…Obamacare, I believe, is on borrowed time.”

Part of the GOP’s plan will be a way to offer insurance to people with pre-existing conditions by creating high-risk pools and allowing people to buy insurance across state lines, which he says will bring down prices, and encouraging the use of health savings accounts. The Republicans leading the effort are Ways and Means Committee Chairman Dave Camp, R-Mich., Energy and Commerce Committee Chairman Fred Upton, R-Mich., and Education and Workforce Committee Chairman John Kline, R-Minn.

“It is obviously very important for us to get this done, because a lot of people are hurting because of Obamacare,” Cantor said.

On the debt ceiling, Cantor said he hoped Mr. Obama and Senate Democrats would work with the House GOP to cut spending, even though the president has said he will not negotiate on the issue. Treasury Secretary Jack Lew says the limit needs to be lifted by late February or the U.S. could default on its debt.

But as far as a showdown, the Republican leadership seems committed to avoiding any catastrophes.

“I'm confident there will be no default,” Cantor said.

Full transcript of "Face the Nation" on May 22, 2022
Rebecca Kaplan