Call me a contrarian, but I think the Toyota recall will be a great buying opportunity. Not for the stock (TM), because I have been burned so badly by Japanese stocks over that last decade, that I swore them off. But I'm going to need a new car in the spring and I have my sights set on a brandy-new Toyota! 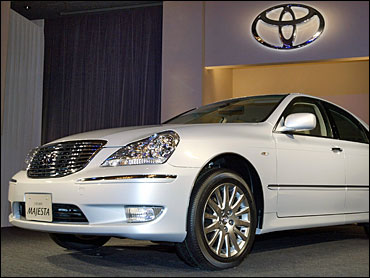 (Getty Images/Koichi Kamoshida)
Just as dealers were busy repairing the acceleration issue, there are new reports that the problems could be electrical, and oh, by the way, Prius owners have to pay attention to new claims.

Who in her right mind would buy a car from Toyota right now? Even Transportation Secretary Ray LaHood told people to stop driving Toyotas, a comment he subsequently retracted.

But what better time to buy a car than at the moment the company is hyper-focused on safety? Maybe Toyota will even offer incentives, something it has avoided in the past. So I'm getting ready to land myself a sweet deal from Toyota and if I'm wrong, I promise to write extensively about the problems I encounter.

More on MoneyWatch:
•Investing Made Simple: Dos and Don'ts
•Vanguard Founder: Which Fund Is Better?
•Biggest Mistake Investors Make
•Super Bowl XLIV: Adding Up the Numbers
•ETFs vs. Mutual Funds: A Game-Changer
•Why You Pay So Much for Your Credit Card
•Dumb Debt vs. Smart Debt: 7 Rules

(CBS)
Jill Schlesinger is the Editor-at-Large for CBS MoneyWatch.com. Prior to the launch of MoneyWatch, she was the Chief Investment Officer for an independent investment advisory firm. In her infancy, she was an options trader on the Commodities Exchange of New York.
View CBS News In