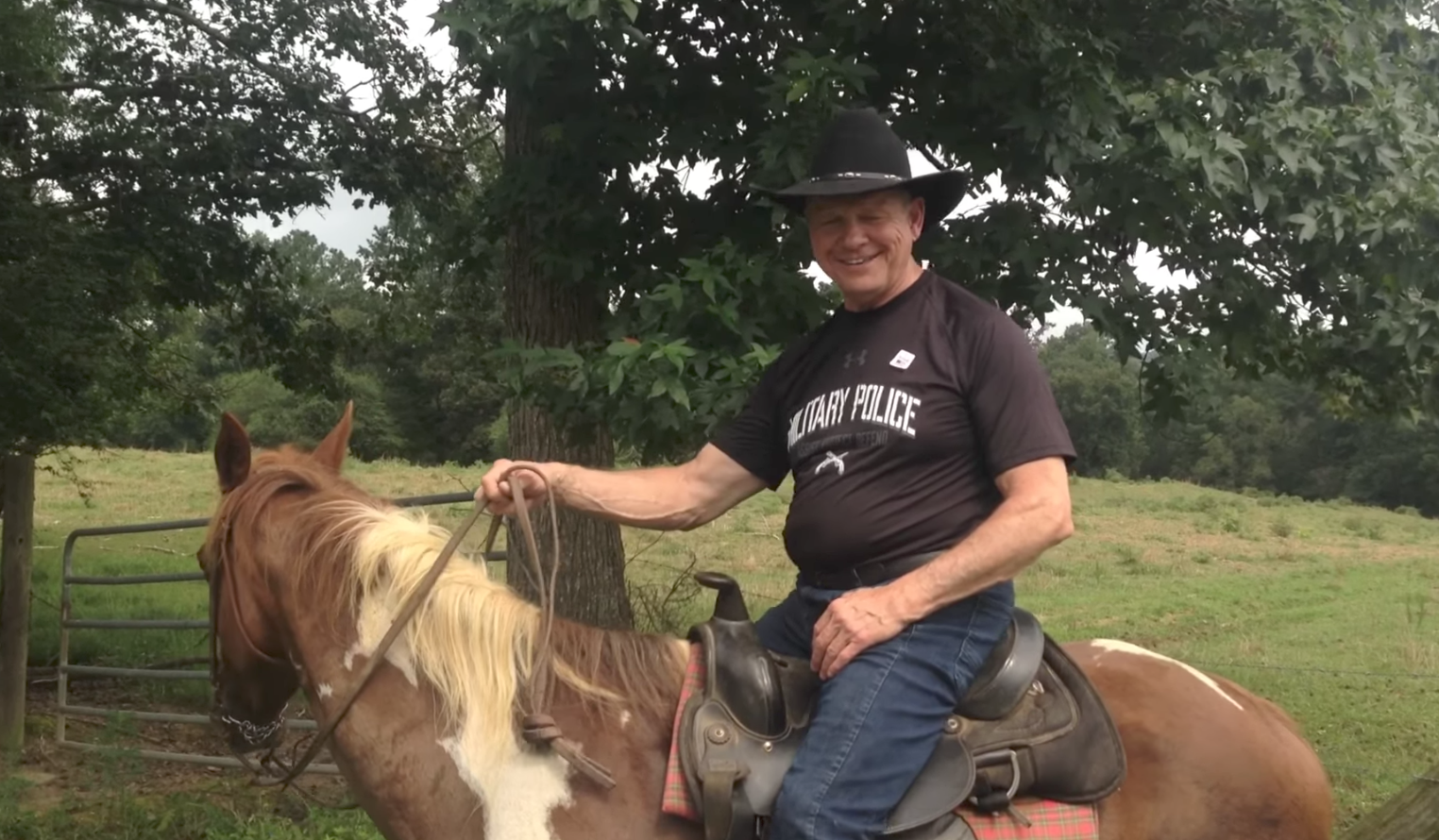 While some voters race to the polls for Alabama's primary election on Tuesday, Republican candidate Roy Moore took a more relaxed route, arriving to vote on horseback.

According to a series of tweets from AL.com reporter William Thornton, the former Alabama Supreme Court judge showed up to the polls in Gallant, Alabama Tuesday morning on "Sassy," his horse.

Moore galloped into the rural polling center with several other riders, an activity he said he's done every year an election is held.

"I think it's a good thing to do, I won the last time I rode a horse, I think maybe have good favor," Moore said.

Moore told reporters that the ride is also a nice break from the car miles he accrued over the campaign.

"You know after a long election getting out and dong something together, being on the road I've ridden thousands of miles in the car, figure I can ride a few miles on a horse."

Speaking to reporters and posing for photos in his black Stetson hat, Moore said he "looked forward to registering our vote to make this country great again and make it good again."

Moore is running in the GOP primary against Rep. Mo Brooks and Sen. Luther Strange, the state's former attorney general who was appointed to fill Attorney General Jeff Sessions' vacant seat. If no candidate gets 50 percent of the vote on Tuesday, the top two finishers will face each other in a September run-off election.