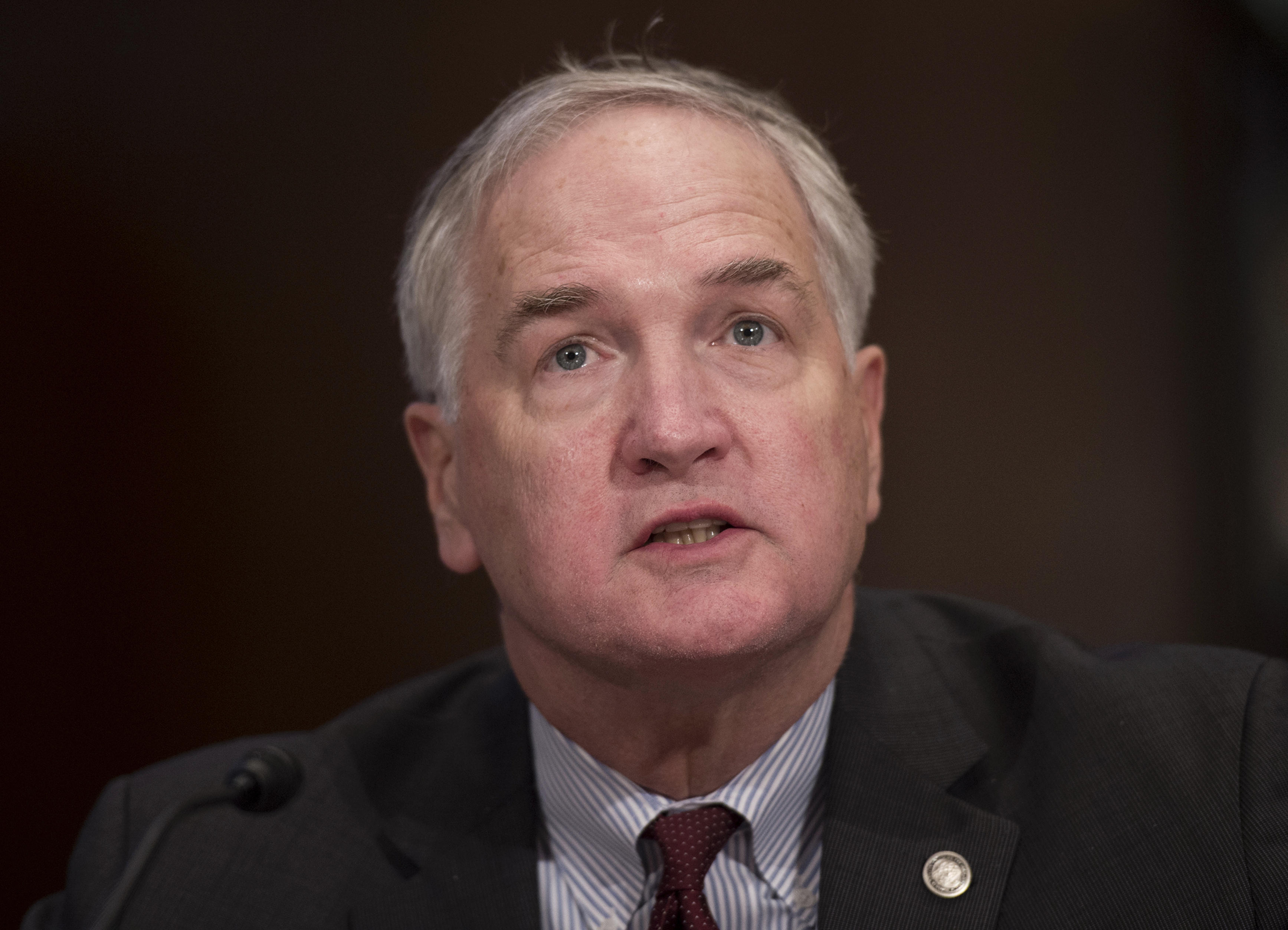 So what's going on in the Alabama Senate race?

Glad you asked, as the primary is happening on Tuesday. Republican Sen. Luther Strange, the state's former attorney general who was appointed to replace Jeff Sessions when he left the Senate to join President Trump's cabinet, is running in a special election to remain in office. Although Strange enjoys some of the benefits of incumbency, such as the support of GOP leaders in Washington, some of those leaders are awfully unpopular in Alabama. And to make matters worse for the six-foot-nine Strange, who occasionally styles himself "Big Luther," the governor who appointed him to fill the seat was forced to resign in the midst of a sex scandal earlier this year.

Strange's GOP primary opponents are Rep. Mo Brooks, a member of the arch-conservative Freedom Caucus, and Roy Moore, a former Alabama Supreme Court judge known for his intense religiosity and social conservatism. Moore has been effectively kicked off the court twice – once in 2003 for refusing to remove a statue of the Ten Commandments from court grounds, and once in 2016 for refusing to abide by the U.S. Supreme Court's decision legalizing gay marriage nationwide.

And what's going on with the Democrats?

Alabama is a deep red state, and the winner of the Republican primary is all but assured to win the general election in December. To make matters worse for the Democrats, the man many view as their best chance to pull off an upset – former U.S. Attorney Doug Jones – appears to be trailing businessman Robert Kennedy Jr., a political unknown.

Wait, is Robert Kennedy Jr. a member of the famous Kennedy family?

He is not, but his name is probably helping him out in a major way, as he's currently lacking for the cash and staff a viable statewide candidate would typically need. Big-name Democrats like Georgia Rep. John Lewis and former Vice President Joe Biden have endorsed Jones in an attempt to block Kennedy from victory, but there's no way of knowing if that will work.

So who will the Republican nominee be?

No Republican candidate is expected to get 50 percent of the vote on Tuesday, meaning that the top two candidates will head to a run-off on Sept. 26. And if the polls are right, chances are those two candidates will be Moore and Strange, with Moore coming in first.

Despite Moore's high favorability ratings, the conventional wisdom holds that he can't win the run-off, which means Brooks and Strange have been jockeying for second place in Tuesday's primary. Neither has spent much ammunition on Moore, instead opting to hammer each other.

Meanwhile, Republican leaders in Congress, particularly Senate Majority Leader Mitch McConnell, have steered a lot of money to the race in an effort to help Strange. But McConnell is a pretty unpopular person among rank-and-file GOP voters in Alabama, so Brooks and Moore have tried to use McConnell's support against Strange.

Does President Trump fit into this?

He sure does. Mr. Trump is popular in Alabama, especially among the kinds of people who will turn out for a Republican primary. As a result, Strange, Brooks, and Moore have all tried to make themselves out as the most pro-Trump candidate. But this has been difficult for Brooks, who frequently criticized Mr. Trump during the 2016 presidential primaries. Clips of Brooks doing so have given a lot of fodder to his opponents, particularly Strange.

Strange was also able to secure Mr. Trump's endorsement last week, and even has the president making robocalls on his behalf.

Brooks has tried to fight back by pointing to his strong record defending gun rights, particularly after the shooting of Republican Rep. Steve Scalise earlier this year. Brooks was with Scalise during the shooting, and turned the experience into a head-turning campaign ad earlier in the summer.

But that's unlikely to be enough to overcome Strange, who's made Brooks' knocks against Mr. Trump central to his message. Still, the battle between Brooks and Strange has been an ugly one, and damaging to both contenders.

In particular, Strange has had to fight off insinuations that he was appointed to the seat as a result of a deal with Gov. Robert Bentley, a Republican and former church deacon, who resigned in April after having an affair with an aide. Bentley, who was accused of using government resources to keep the relationship under wraps, was staring down a possible impeachment at the hands of the state legislature before Strange asked the state's House of Representatives to stand down and let him investigate.

That was in November. And a few short months later, Bentley had appointed Strange to his current job. Strange denies any wrongdoing, and insists he did not make any kind of deal with the governor, but his opponents frequently bring up his connection to Bentley. When Mr. Trump endorsed Strange, Brooks responded: "Perhaps the president is unaware that Luther Strange corruptly and unethically held a criminal investigation over the head of disgraced Governor Bentley to obtain the Senate appointment."

Well, he can, but the thinking is he won't. Moore benefits from have near-universal name ID in Alabama and strong support from conservative evangelicals. On the other hand, he saw his 2010 run for governor go belly up when he finished fourth in the GOP primary.

But Strange and Brooks, while ignoring Moore, have been slinging the mud at each other for months. So it's possible, given the amount of acrimony in the race, that Moore pulls out a win in September against a bruised opponent, assuming he survives the run-off. Such an outcome would not be well-received by Republicans in Washington, as Moore has repeatedly promised to be something other than a loyal team player if he gets to the Senate.