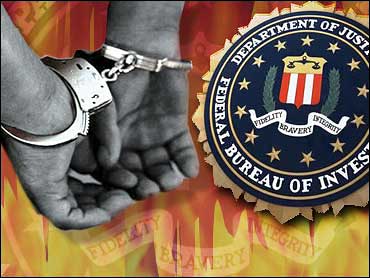 A court on Thursday ordered the extradition of suspected eco-terrorist Tre Arrow, one of the FBI's most-wanted fugitives, to face firebombing charges in the United States.

Arrow, born Michael Scarpitti, is accused of participating in the 2001 firebombing of logging and cement trucks in Oregon. The FBI claims he is associated with the Earth Liberation Front (ELF), a group that has claimed responsibility for dozens of acts of destruction over the past few years.

British Columbia Supreme Court Judge Kristi Gill ruled that there was enough evidence against Arrow to have him extradited to face federal charges. His lawyer said he would appeal, a process that could take months.

The former U.S. Green Party candidate for Congress in 2000 — who says the trees told him to change his name — last week told the court that he was innocent of the charges and a target of a government conspiracy.

In extradition cases, Canadian prosecutors represent the extraditing state, in this case the United States. For an extradition to be ordered, the B.C. Supreme Court had to find there was sufficient evidence to convict Arrow on the same charges in Canada.

Prosecutor Rosellina Patillo said evidence from the United States Attorney in Oregon indicated Arrow was among four conspirators involved in the bombings of a gravel company and a logging company between April and June of 2001. The evidence comes from statements of Arrow's three coconspirators who have pleaded guilty to the bombings at a Mount Hood logging company.

The suspects intended to firebomb a U.S. Forest Service office, but abandoned the idea after they found the security system was too tight, Patillo said.

She said the Ross Island Gravel Company was targeted "because it was guilty of stealing soil from the earth." In that attack, three trucks were blown up and the damage was $200,000. The second attack, on June 1, 2001, was against a Mount Hood logging company. They placed incendiary devices under seven vehicles, damaging three at a cost of $50,000.

She said that in each case, the incendiary device was a plastic container filled with gas; the fuse was a stick of incense with matches attached to it.

Arrow's lawyer, Tim Russell, contends the evidence against him from his coconspirators is hearsay and inadmissible in a Canadian court.

Arrow is seeking refugee status in Canada, but that process has been suspended pending the outcome of the extradition hearings, his lawyer said.

The 30-year-old Arrow contends he won't get a fair trial in the United States because of the FBI's assertion that his alleged crimes are acts of terrorism. He faces federal charges in Oregon of using fire to commit a felony, destroying vehicles used in interstate commerce and using incendiary devices in a crime of violence. The charges carry up to a combined 80 years in prison.