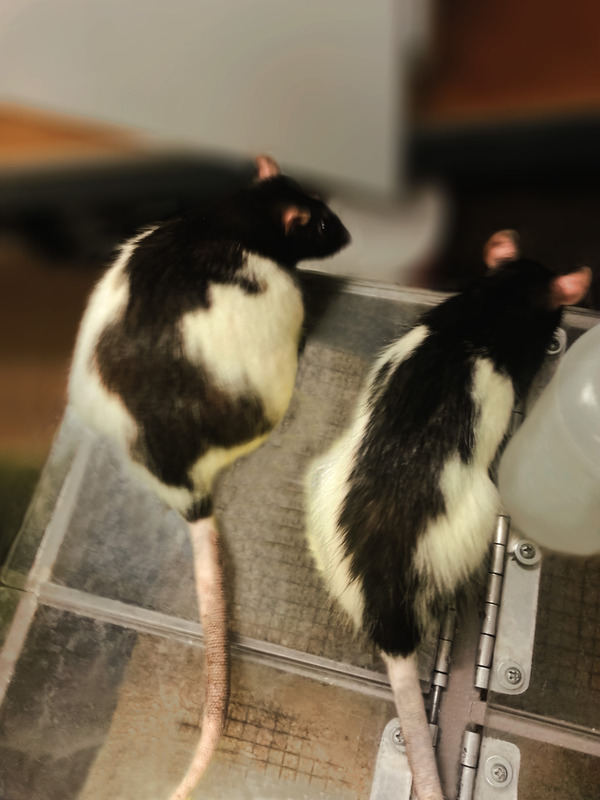 A new study finds eating too much junk food doesn't only make you fat, it may also make you mentally slower or less motivated. At least that seems to be true in lab rats.

For the study, published in the journal Physiology and Behavior, researchers at the University of California Los Angeles put rats on two different diets. Half of the rodents ate a healthy diet of unprocessed foods, such as ground corn and fish meal. The remaining half were given a high sugar, highly processed diet, similar to the junk food humans consume.

Within three months, the researchers observed remarkable differences between the two groups of rats. Mostly, they found the rats on the junk food diet were significantly fatter than the rats on a healthy diet. But the unhealthy rats were also less motivated, indicating that a poor diet had a serious impact on their tiny rodent brains.

When the researchers put the rats through certain tasks the differences become even more apparent. All of the rats were required to press a lever for a reward of food and water. The rats on the junk food diet were slower to act on the task, even though this reward system was clearly laid out and they knew performing the task would provide them with more food and water. The rats on the unhealthy diet took breaks that averaged around 10 minutes long, versus the healthy rats whose breaks lasted for about five minutes each.

Additionally, the rats on the unhealthy diets were found to have a large number of tumors throughout their bodies, while the healthy rats had much smaller and fewer tumors.

Aaron Blaisdell, a professor of the psychology at UCLA's Brain Research Institute and lead researcher, says the weight and behavioral differences may indicate that junk food chemically changes the brain.

"Overweight people often get stigmatized as lazy and lacking discipline," Blaisdell said in a press release. "We interpret our results as suggesting that the idea commonly portrayed in the media that people become fat because they are lazy is wrong. Our data suggest that diet-induced obesity is a cause, rather than an effect, of laziness. Either the highly processed diet causes fatigue or the diet causes obesity, which causes fatigue."