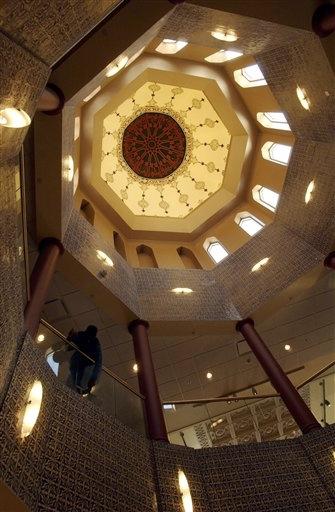 Weight-loss experts have a novel prescription for people who want to shed pounds: Get some sleep.

A very large study has found a surprisingly strong link between the amount of shut-eye people get and their risk of becoming obese.

"Maybe there's a window of opportunity for helping people sleep more, and maybe that would help their weight," said Dr. Steven Heymsfield of Columbia University and St. Luke's-Roosevelt Hospital in New York.

He and James Gangwisch, a Columbia epidemiologist, led the study and are presenting results this week at a meeting of the North American Association for the Study of Obesity.

They used information on about 18,000 adults participating in the federal government's National Health and Nutrition Examination Survey, or NHANES, throughout the 1980s. The survey includes long-term follow-up information on health habits, and researchers adjusted it to take into account other things that affect the odds of obesity, like exercise habits, so that the effects of sleep could be isolated.

It seems "somewhat counterintuitive" that sleeping more would prevent obesity because people burn fewer calories when they're resting, Gangwisch said.

But they also eat when they're awake, and the effect of chronic sleep deprivation on the body's food-seeking circuitry is what specialists think may be making the difference in obesity risks.

Sleep deprivation lowers leptin, a blood protein that suppresses appetite and seems to affect how the brain senses when the body has had enough food. Sleep deprivation also raises levels of grehlin, a substance that makes people want to eat.

It also hurts "executive function" — the ability to make clear decisions, said Dr. Philip Eichling, a sleep and weight-loss specialist at the University of Arizona who also is medical director of the Canyon Ranch, a spa in Tucson that offers health and weight management programs, especially for business executives.

"One of my treatments is to tell them they should move from six hours to seven hours of sleep. When they're less sleepy, they're less hungry," he said.

Eichling had no role in the new study but said it gives important evidence for a long-suspected theory in the field. Americans average only a little more than six hours of sleep a night, and one report a few years ago even suggested that the growing prevalence of sleep deprivation might be responsible for the growing obesity epidemic, he said.

"Many obesity experts think that the answer to fighting obesity is to tackle the problem on numerous fronts," Correspondent Senay adds. "It is often a lot more complicated than simply burning off the calories you consume. There is growing evidence of a much more complex biology that underlies our metabolism.

"This study shows that a lifestyle factor like sleep is important, but getting enough sleep is not the only answer when it comes to weight loss. It's not the best idea to use it as a replacement for other good habits we know abou,t like diet and exercise," she concludes.