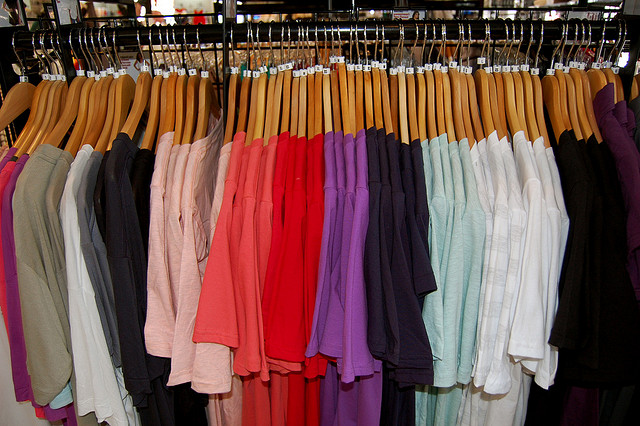 I'm a 24-year-old female, and I work in clothing retail, (I've worked in retail since I was 16). I've been at [a large chain store] for 4 years. My question is this: Every 6 months the company "grants'" us an evaluation of our work/ethic(s) for a raise in hourly wage. However, the evaluation date(s) should be the date I started (July 1st) and 6 months from that.

These two dates should be my current dates for evaluation yearly, but they are not and have not been since my second year working. When I questioned my store manager... about why my evaluations no longer seemed to match my evaluation dates, I was informed that it takes up to three months for the HR department to implement my raise.

And when my new rate becomes effective, the evaluation date starts over from the date HR puts my raise through. So for example, let's say I get a raise in July, it won't be processed till late September or arly-ish October, and my evaluation date will be moved to match the date my new scale begins. I don't think this is right. Shouldn't I get back pay? Is this legal?

First of all, it may surprise you to know that getting raises twice a year is not the norm, and most of my readers are now jealous. Second, employers aren't required to give you a raise -- ever. And third, they can, if they want, cut your pay.

But here's the scoop. If it takes HR three months to implement a lousy pay increase, then HR is either completely and totally incompetent or they want to delay increases as much as possible while still telling candidates that they'll get a raise every 6 months. I suppose a combination of the two is also possible.

Are you paid in compliments instead of raises?What if you knew everyone's salary?

Here's how difficult it is for HR to implement a raise that has been signed off on by the manager. HR must (and this is critical and, apparently, can only be done by a qualified HR person during a full moon) type it into the payroll system.

Yes, that's it. A large chain isn't doing payroll by hand. They undoubtedly have an HR system that speaks with payroll. The computer will do all the calculations for them. Typing in a new salary is not complicated, and it doesn't take any real effort.

So either HR is delaying your raise on purpose or your boss is delaying it on purpose and blaming HR. Since it's generally the manager who has to meet budget forecasts, it's most likely a management-side issue.

What does this mean for you? That you're not going to get raises as often as you were promised. Is this legal? Almost undoubtedly. Now, while it's true that no company is required by law to give you a raise, companies are subject to the rules in their own handbooks. (How subject is a complex matter with a bunch of really boring case law behind it.) Large companies of the kind you work for undoubtedly had their legal department review their handbook, so it's likely that however the section on raises is phrased, it's done so to give the company flexibility on when raises are paid.

You can certainly bring this up with your boss again. You can ask him what the delay is. But chances are this won't change. Management expects high turnover. In fact, they don't really expect store personnel other than managers (and really, not even them) to be around in for more than years. Furthermore, unless there is something spectacular about you, they aren't even going to be very sad if you quit because your four years of raises mean you're generally doing the same job as your coworkers, but costing them more.

This is not to say that a brand new employee is equal to an experienced one. That is false. There is a definite learning curve, but for a general mall clothing store worker who is not working on commission or doing high-end sales where you're expected to build a clientele, an employee with four years of service likely isn't quantitatively better than one with two years of service.

In other words, you need to differentiate yourself from the other employees. Seek out a promotion and be willing to do the work that goes along with it. Actively ask for developmental opportunities. If the store manager currently does all the ordering and forecasting, ask to help and to learn how to do it. Figure out what your talents are and seek to develop them within the store.

Because as long as you're just going to work and doing your job, they will delay any promised raise. It's up to you demonstrate that you've earned it.