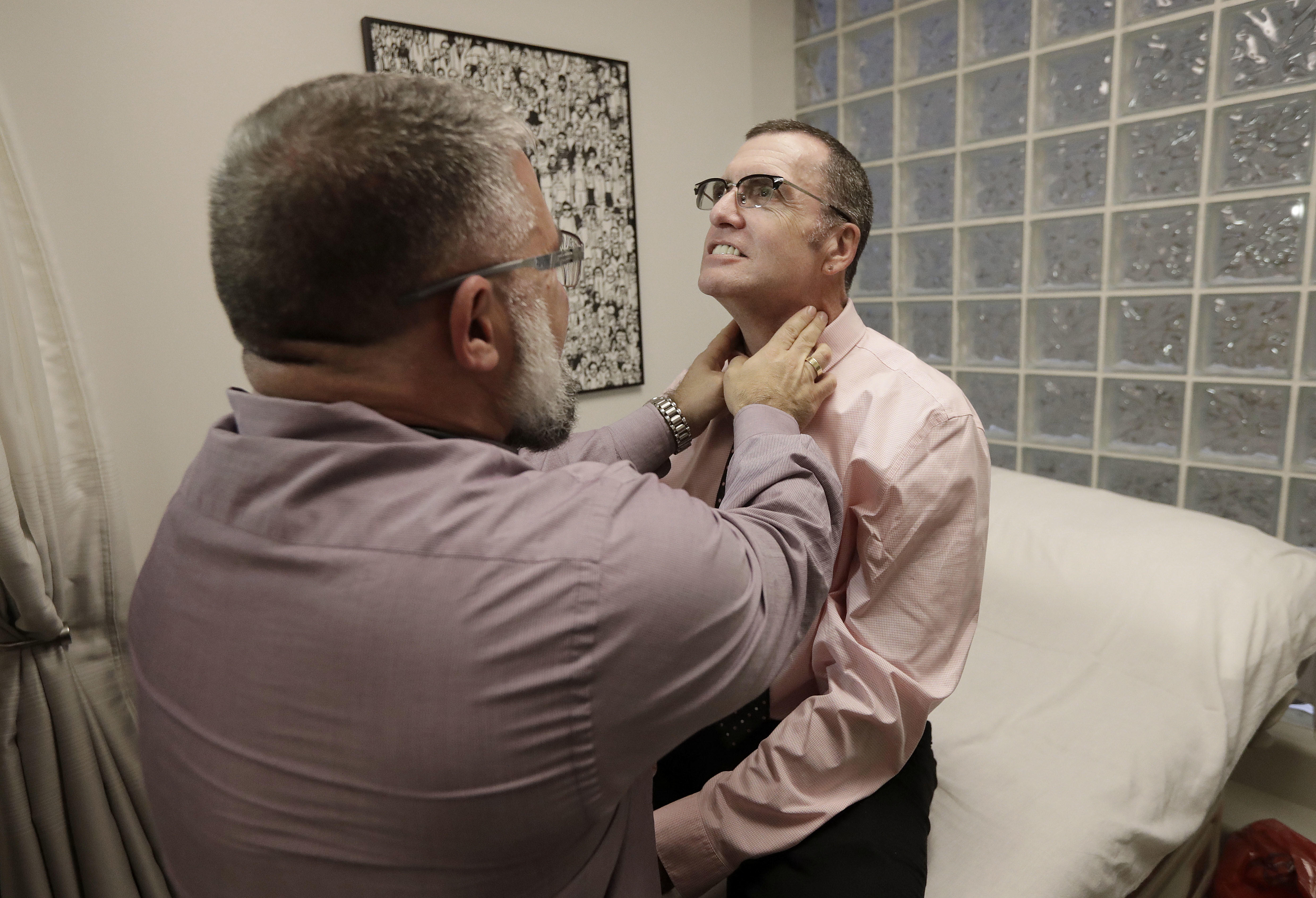 For more than a decade, the strongest AIDS drugs could not fully control Matt Chappell's HIV infection. Now his body controls it by itself, and researchers are trying to perfect the gene editing that made this possible.

Scientists removed some of his blood cells, disabled a gene to help them resist HIV, and returned these "edited" cells to him in 2014. So far, it has given the San Francisco man the next best thing to a cure.

"I've been off medications for three and a half years," he said. He even was able to keep the virus in check despite cancer treatments last year that taxed his immune system.

Chappell was lucky, though. Only a few of the 100 others in those experiments were able to stay off HIV drugs for a couple years; the rest still need medicines to keep HIV suppressed.

Now researchers think they can improve the treatment and are trying again to tackle HIV by doctoring DNA. New studies to test these tweaked approaches in people are getting underway.

"Gene therapy techniques have advanced greatly," said Dr. Otto Yang of the UCLA AIDS Institute, one place working on this. "A lot of people are thinking it's the right time to go back."

They include Dr. Anthony Fauci, director of the National Institute of Allergy and Infectious Diseases, which is funding some of the new studies. He doesn't think the technique will become common because millions of people do well on existing treatments. But he says it could help those who can't easily control the virus, and should be pursued because it holds potential for a cure.

"They're very bold, innovative techniques, mostly to try and cure people," he said. "It's worth trying because the science is there."

Only one person is known to have been cured of HIV infection, a man who had a cell transplant a decade ago from a donor with natural immunity to the virus. The donor lacked a common gene that makes an entryway HIV uses to infect T cells, immune system soldiers in the blood.

The transplant gave the recipient that protection, but procedures like that are too risky and impractical for wide use. Scientists have been trying to find a way to create similar immunity by altering some of a patient's own cells. They use a gene editing tool called zinc finger nucleases, which cut DNA at a precise spot to disable the HIV entryway gene.

"It worked, the T cells were edited," said Sangamo's president, Dr. Sandy Macrae. But it didn't work quite well enough: The altered T cells were outnumbered by T cells that were not altered and could still be infected.

Now, Dr. John Zaia at City of Hope, a research center in Duarte, California, is trying the approach with a twist. He's using blood stem cells — parent cells that produce many others. Once a stem cell is altered the benefit should multiply and last longer, Zaia said.

Though the initial gene editing experiments were disappointing, there was a silver lining. Patients in those studies had a big drop in the number of cells where HIV lurked in a dormant state — the so-called reservoir of silent disease.

At Case Western Reserve University in Cleveland, Dr. Rafick-Pierre Sekaly is trying to capitalize on that drop. His study will try the same gene editing — disabling the gene that makes the HIV entryway — while keeping patients on strong antiviral medicines for at least a year before discontinuing them.

"As long as we're not able to get rid of this reservoir, we'll never be able to stop treatment," he explained.

The hope is that the medicines plus the altered cells will knock down the virus and reduce the reservoir to a point where the body can control any residual disease by itself, as Chappell seems to be doing.

University of Pennsylvania scientists are trying a two-part approach: Besides knocking out the gene for the HIV entryway, they're adding a gene to help T cells recognize and kill HIV. This second part is called CAR-T therapy, a treatment approved last year for treating cancer.

The new study's leader, scientist James Riley, is encouraged that some patients at Penn who were in the early studies kept HIV suppressed for nearly a year without drugs.

"You'd never know they were sick" even though the virus could still be detected, Riley said. "At some point you're going to have confidence that it's not going to come back."

Chappell's doctor, Christopher Schiessl at One Medical, a health clinic in San Francisco, hopes that's the case for Chappell. Although he's doing well now, Chappell is showing signs that his immune system may be weakening, Schiessl said.

Chappell is optimistic, and believes gene therapy ultimately will provide a long-term solution.