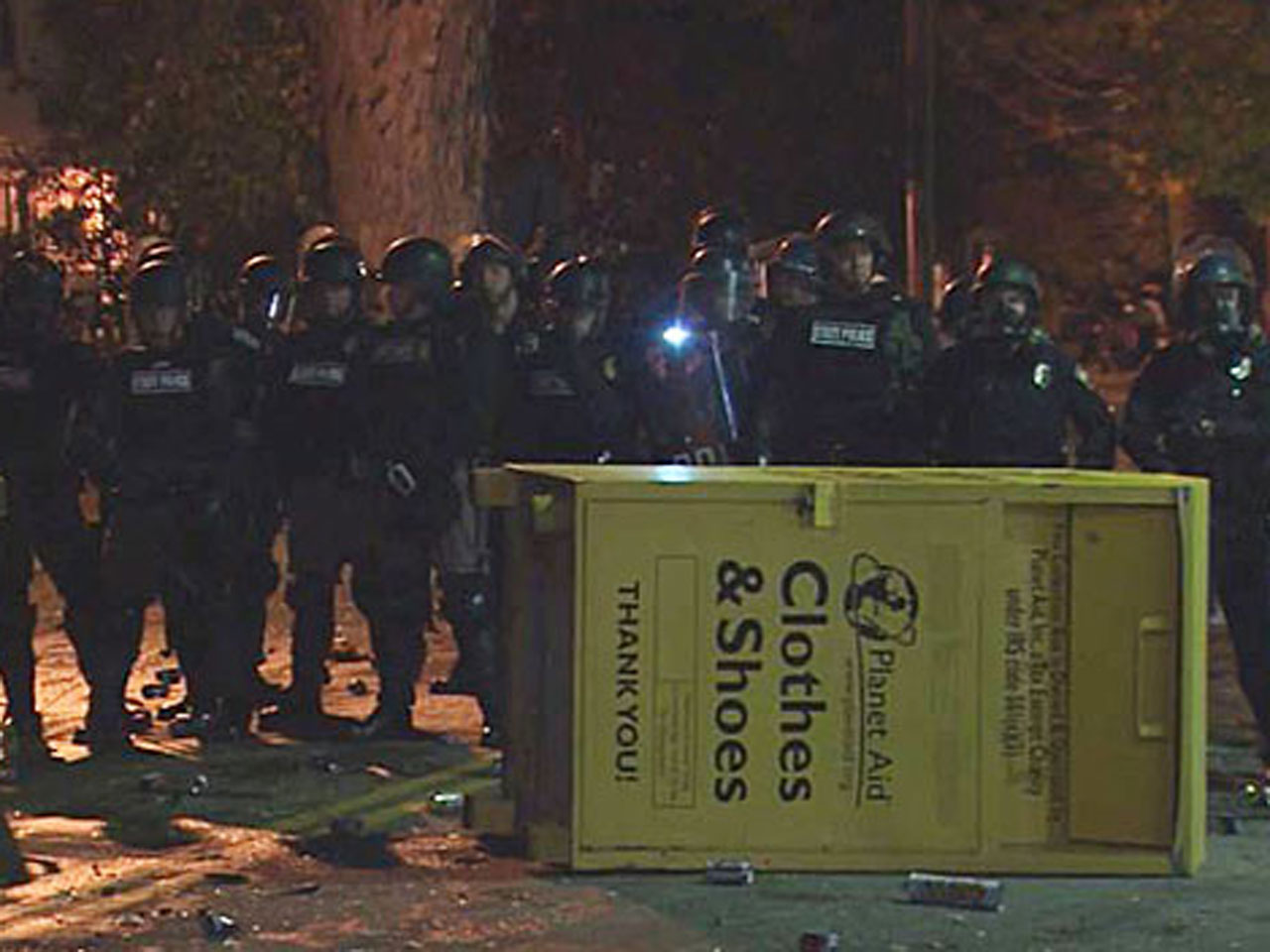 KEENE, N.H. -- Local police in New Hampshire are setting up a task force to investigate violent disturbances near Keene's annual pumpkin festival that led to property damage, dozens of arrests and many injuries over the weekend.

The parties around Keene State University coincided with the Keene Pumpkin Festival on Saturday, when the community tries to set a world record of the largest number of carved and lighted jack-o-lanterns in one place.

Police donned riot gear and used tear gas in trying to control the crowds that afternoon, and Gov. Maggie Hassan called on the state's colleges and universities to "take swift action to hold students involved accountable."

Before a Monday afternoon news conference to discuss the violence, police announced that a task force would be created. They also asked the public for help in identifying people who may have been responsible for the disturbances.

City officials said in a news release that among more than 1,000 people at two separate locations, some people started throwing rocks, bottles, cans, and other objects. At least 30 people were treated for cuts and other minor injuries. Rocks and bottles were thrown at police, but no officers were hurt, city officials said.

Sophomore Mallory Pearce, vice president of the student body, said she saw a car flipped over in a parking lot, another car being destroyed and people being pepper-sprayed.

"It got way out of hand. Everyone I talked to said, 'I feel unsafe. I'm going home.' They didn't want to be part of the riot, and they couldn't do anything to solve it," she said. "I honestly did not feel safe."

While Pearce was disappointed with the violence, she said her faith was restored when about 200 volunteers showed up Sunday morning to clean up.

"We all recognize that we made a mistake, and we're going to do better next year," she said. "We're not going to let this happen again."

A police department log shows officers responded to 235 calls between 2:30 a.m. Friday and 3:30 a.m. Sunday. At least 14 arrests among about 50 made during the course of the unruly behavior appeared related to it. Most involved disorderly conduct or alcohol-related offenses.

One group of young people threatened to beat up an elderly man, and another resident heard someone "threatening to kill officers," according to the police log. About 20 injured people were taken to hospitals, Keene Fire Chief Mark Howard told New England Cable News.

Student body president Bobby Graham said he was disgusted by the destruction he saw and believes most of the perpetrators were not Keene State students.

Keene State College President Anne Huot said previously that the festival has been promoted by others "as a destination for destructive and raucous behavior" and the college had tried working with the city and campus to prevent unruly conduct.

Meanwhile, CBS Boston reports that the organizer of the festival says she has no regrets after an encounter between her and a local TV reporter went viral. When Public Access reporter Jared Goodell of Cheshire TV tried to ask festival organizer Ruth Sterling about the disturbances on live TV, things got heated.