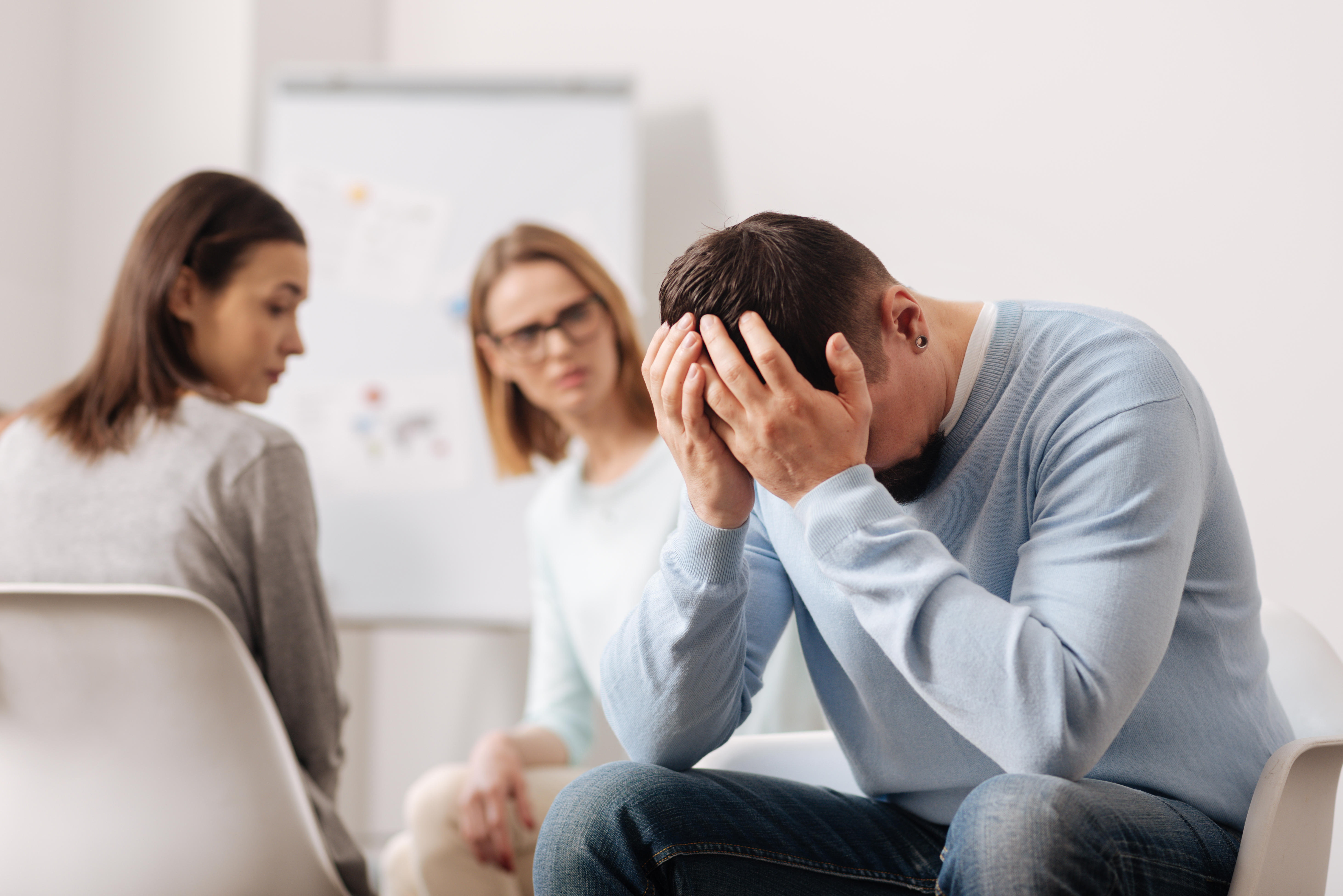 A few weeks ago, Madalyn Parker messaged her team at work to tell them she was taking a couple of sick days for mental health reasons.

"I'm taking today and tomorrow to focus on my mental health. Hopefully I'll be back next week refreshed and back to 100%," she wrote.

Parker, 26, is a web developer for Olark, in Ann Arbor, Michigan. She has been open about her experience struggling with anxiety and depression that hasn't always responded to medication. When the company CEO, Ben Congleton, read her note, he sent a supportive reply back.

"Hey Madalyn, I just wanted to personally thank you for sending emails like this. Every time you do, I use it as a reminder of the importance of using sick days for mental health – I can't believe this is not standard practice at all organizations. You are an example to us all, and help cut through the stigma so we can all bring our whole selves to work," he wrote.

Parker said it really moved her.

"When I saw his response and I read it, it brought tears to my eyes," Parker told CBS News.

Parker has been with Olark since 2014 — her first and only job since graduating from college — and said she counts her blessings that she works for a company that's good to her and colleagues in this way.

"Whenever you're in a marginalized group, you need that person in a position of privilege to amplify your voice and he does this," Parker said of Congleton.

"This huge response blew us all away," said Parker, who posted a copy of his note on Twitter last week, with his permission.

Tens of thousands of people have liked and commented on the viral post, with remarks ranging from support for Parker's honesty with her coworkers to kudos to her boss and the company as a whole for placing mental health issues on par with physical health problems.

Clare Miller, director of the partnership for workplace mental health at the American Psychiatric Association Foundation, told CBS News, "We know from literature that there is a huge amount of calling in sick because of mental health issues."

Many of those sick days are due to depression, Miller said. But it's not clear how many people are doing what Parker did and actually saying that's why they're taking a sick day. In most cases it's likely they just give a vague "I don't feel well" explanation.

One man tweeted back to Parker's post that he'd been fired for calling in sick for mental health reasons. Others expressed fear that their jobs would be on the line if they shared a mental health diagnosis with a boss or colleagues. Even Parker had been warned against opening up about it.

"A big problem we have to talk about with this issue are the number of people who go to work but aren't fully productive because of mental illness. There are $78.6 billion in costs associated with that for depression alone," said Miller.

While many employers still have a long way to go, the landscape is changing in American workplaces when it comes to toppling the stigma of mental health, said Miller.

How companies can help

"Employers are interested in mental health in a way I've never seen before. I've been here a long time and I'm seeing the conversation opening up a lot," said Miller, who helps companies create programs that support their employees who have conditions such as depression, anxiety, bipolar disorder, schizophrenia, addiction and PTSD.

"We have a mix of things. We encourage employers to think of mental health in a variety of ways, including having good health care coverage — to use their power as purchasers to push [health insurers] for quality care and ask plans to implement things like collaborative care," she said.

"They have tons and tons of options. I picked one that would be accepted anywhere across the country," said Parker, who was hospitalized, received counseling and required prescription medicine last year for depression.

"It takes a creative approach, it's not your typical mental health campaign. When you have depression you can feel lost and alone in the woods, so we have this woodsy theme. It encourages employees to take the first step," she said.

About 100 employers — large and small — currently use the program, including Kent State University, Zappos.com and Puget Sound Energy.

The American Psychiatric Association also offers companies a short video, developed by DuPont, that teaches employees about emotional distress and encourages them to reach out to one another.

"To ask, 'Hey are you OK, can I do anything to help?' It gives permission for employees to talk with each other," said Miller.

Ninety percent of employers have an employee assistance program that can help people with mental health issues — even things like free legal assistance for employees with addiction issues who have gotten into trouble, and free limited counseling sessions.

"Our global mental health strategy is the belief that we can reduce stigma, that we can make this a safe place to have a mental illness. We embed mental health into the fabric of our culture," said Lattarulo. Employees in 35 countries around the globe have access to help.

One campaign that a lot of employees embraced was called #IWillListen. It encouraged employees to listen to each other and support each other through mental health challenges. Employees who wanted to participate could wear bracelets emblazoned with "I will listen."

"Employees could also make short videos in which they shared their personal story, and we kept streaming them over our intranet. They could just say, 'I am [name here] and I will listen,' or they could share their experiences," said Lattarulo.

"It was an incredibly proud moment one morning when I was on the elevator and saw a half a dozen people wearing "I will listen" bracelets," he said.

The company also has a 24/7 phone number employees can call to speak to a counselor, or they can submit an online request for a call back. And they get the company's top leaders involved — some have spoken about mental health awareness at meetings. Executives have also been offered meditation sessions to reduce stress.

Workers on the autism spectrum, people dealing with substance abuse, those who have a parent with dementia, families who are relocated for work, and couples struggling with marriage difficulties are just some of the types of employees who've taken advantage of the support, Lattarulo said.

"We believe in treating our employees the way we treat our customers," he said.

Puget Sound Energy, a much smaller company with only a few thousand employees, is another employer prioritizing its workers mental health.

"The company's disability accommodation program includes cognitive and behavioral disabilities. If somebody is having issues and starting to have limitations based on that kind of problem, we find out their limitations and work with them," said Jenny Haykin, who manages the company's integrated leaves and accommodations program.

"Addiction, depression, schizophrenia, anxiety. We have a combination of things we can do to make sure employees with these issues are getting the treatment they need, but also accommodating the worksite to help them," Haykin told CBS News.

One employee who suffered from depression asked Haykin if she could bring her dog in to help her mood.

"We have dark, rainy winters here and she wanted a comfort animal," said Haykin, from the company's headquarters in Bellevue, Washington.

While they OK animals in some cases, Haykin found "a more effective" solution, a light box for the employee, and encouraged her to connect with her doctor to be sure she was getting enough of certain vitamins.

When one pregnant employee who was told she should go on bed rest was worried about missing work, Haykin had a recliner shipped in so that she could do her job at the office but still follow doctor's orders.

Another employee who began to experience manic episodes was frightening other colleagues, so while the company helped the employee get the proper care, they also educated the ill employee's worried colleagues about the condition to help reduce stigma and fear.

"We have 3,000 employees. In the last nine years, we've had 1,000 people engage in health and mental health services," Haykin said.

Many workers don't have that kind of support, though. A 2016 Work and Well-being survey of 1,501 workers by the American Psychological Association revealed that less than half thought their company supported employee well-being. One in 3 said they felt chronically stressed on the job.

In a follow-up blog post, Parker's boss commented on the viral tweet and how mental health is still a bad word on the job.

"It's 2017. I cannot believe that it is still controversial to speak about mental health in the workplace when 1 in 6 Americans are medicated for mental health," Congleton wrote.

Parker knows many employees may feel it's taking a big risk to speak up about mental health at work — some of the responses to her tweet revealed that. She was hesitant to share her situation at first, too.

"I definitely played up my perkiness and put on my best self at the interview. I did well on the job, and then my meds stopped working," she said.

When she first talked with one of her bosses about her condition, it was at a conference.

"I pulled him aside and said this is what I deal with. I like my job, I'm not lazy, I care about the work," she said.

And he responded with compassion.

"He didn't say anything about my performance. He said, I wonder who else at the company feels like you do. We need to talk with them and tell them to take care of their health. I was blown away by that," said Parker.