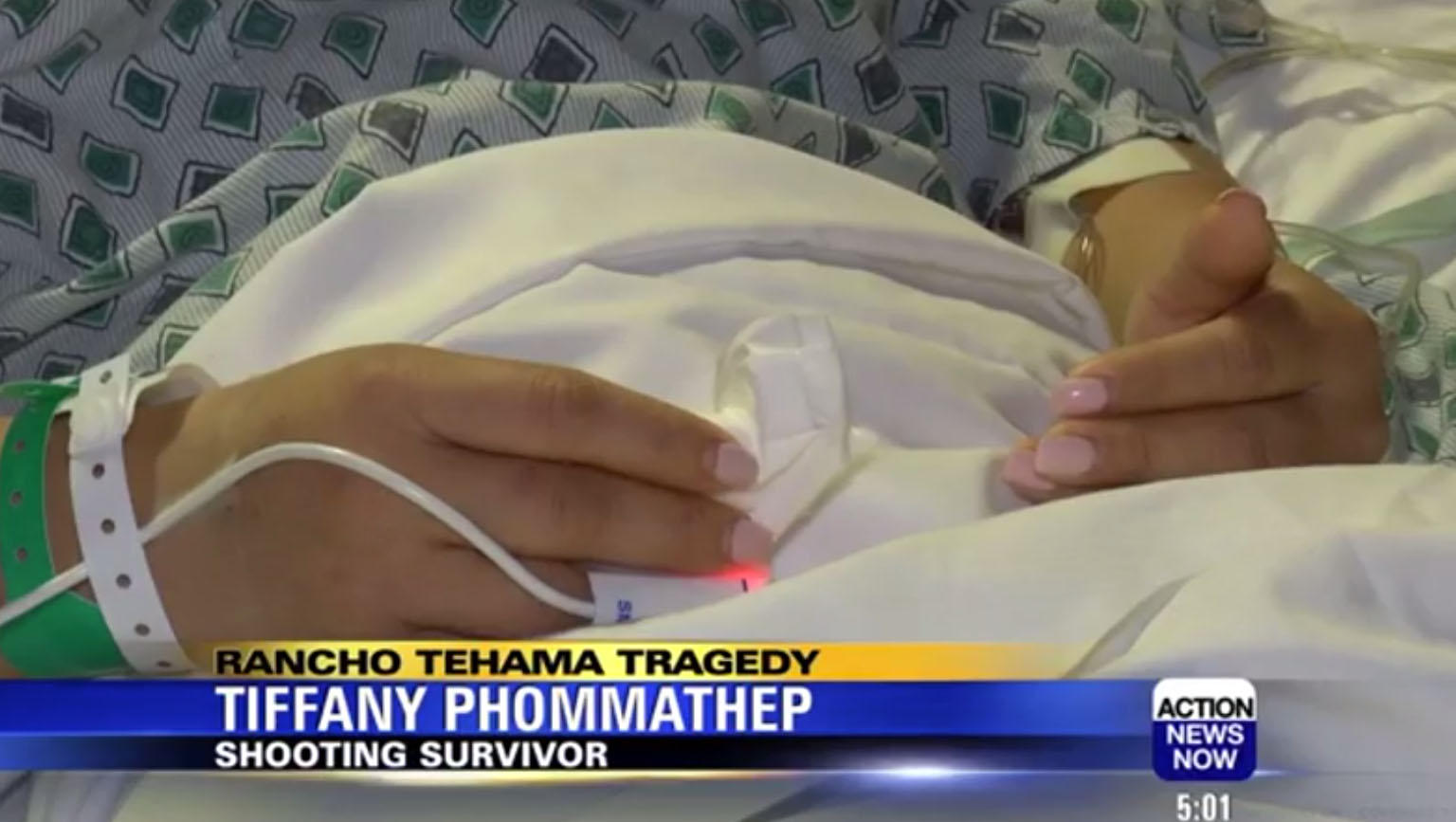 RANCHO TEHAMA RESERVE, Calif. -- A survivor of a deadly northern California shooting rampage tells CBS affiliate KHSL that four passersby wouldn't help her when she tried to flag them down after she and her children were shot by gunman Kevin Neal on Tuesday.

Police say Neal's seven-site shooting spree began Monday when he fatally shot his wife and hid her body under the floorboards of his Rancho Tehama Reserve home. The next day, according to the Tehama County Sheriff's Office, he killed two neighbors in an apparent act of revenge before continuing the rampage at multiple locations in the tiny town, including a locked-down elementary school, where a student was shot through the wall and wounded.

A total of six people died, including Neal, who was shot and killed by police, and nine were injured, Tehama County Assistant Sheriff Phil Johnston said.

Survivor Tiffany Nai Phommathep told KHSL from her hospital room that she was driving with her three young sons to the school, where she was to drop off the two oldest, when the gunman pulled alongside their truck. She said she recognized the gunman as Neal, her neighbor, and at first thought he was in a rush and trying to get past her.

But he pulled out a rifle and opened fire.

Phommathep was the most severely injured. She was struck five times while trying to shield her oldest son, who was in the front passenger seat, according to a GoFundMe page. The gunman fled and continued on to Rancho Tehama elementary school.

Phommathep spoke to the station on the condition they wouldn't film her face. She said she screamed to her oldest son to get in the back and help his brothers while she tried to drive to a hospital. She said the sound of her children's crying helped her to stay awake.

"I decided to keep on driving to the hospital, but my body was going numb and I couldn't hear anything but when I heard my kids cry I woke myself up again," she said.

Continuing to drive though seriously injured, Phommathep said she tried multiple times to flag down passersby but no one would help her. She said one woman told her she was late to work so she couldn't help, and kept driving. She then pleaded with another driver, who told her he would help, but then drove off.

"I said 'I'm shot, can you help me, my body's going numb, I can't drive anymore,' and he said, yes, he'll make a U-turn, but he just sped off and it just broke my heart," she told the station, crying.

She said she stepped out of her vehicle four times in total to try and stop four different people, none of whom stopped to help her.

Eventually, she was able to flag down a sheriff's official responding to the elementary school, who called for ambulances.

"I used all the strength that I had and when I finally stopped the sheriff, I didn't have much strength to get out. I opened my door and told him to just check on my kids because no one was willing to help," she said.

Her husband Johnny Phommathep told KHSL he knew something was wrong when he never received a text from her letting him know she had dropped the kids off at school.

Phommathep told KHSL he and his wife are in shock over the shooting, but want to focus on healing.

"The vows that we took before we got married, it made those words a lot more powerful," Johnny Phommathep told the station. "You know in sickness and in health, you're gonna be there for your wife."

"I'm just relieved that I'm still here to be with my kids and be here to see them grow up, but I'm also hurt that this had to happen to me," she said.

Officials have not released the names of the injured children, but said two boys, 10 and 7, were treated and released from the hospital. Phommathep, who was struck four times in her left shoulder and once in her abdomen, remains hospitalized, according to the fundraising page.

Corning Elementary School District Superintendent Richard Fitzpatrick said it was likely the shots fired at the the family on the way to school were the ones heard by school staff, who made the critical decision to lock the school down.

Authorities have said the quick actions of the staff getting children inside and locking doors averted what would have been a "horrific bloodbath."