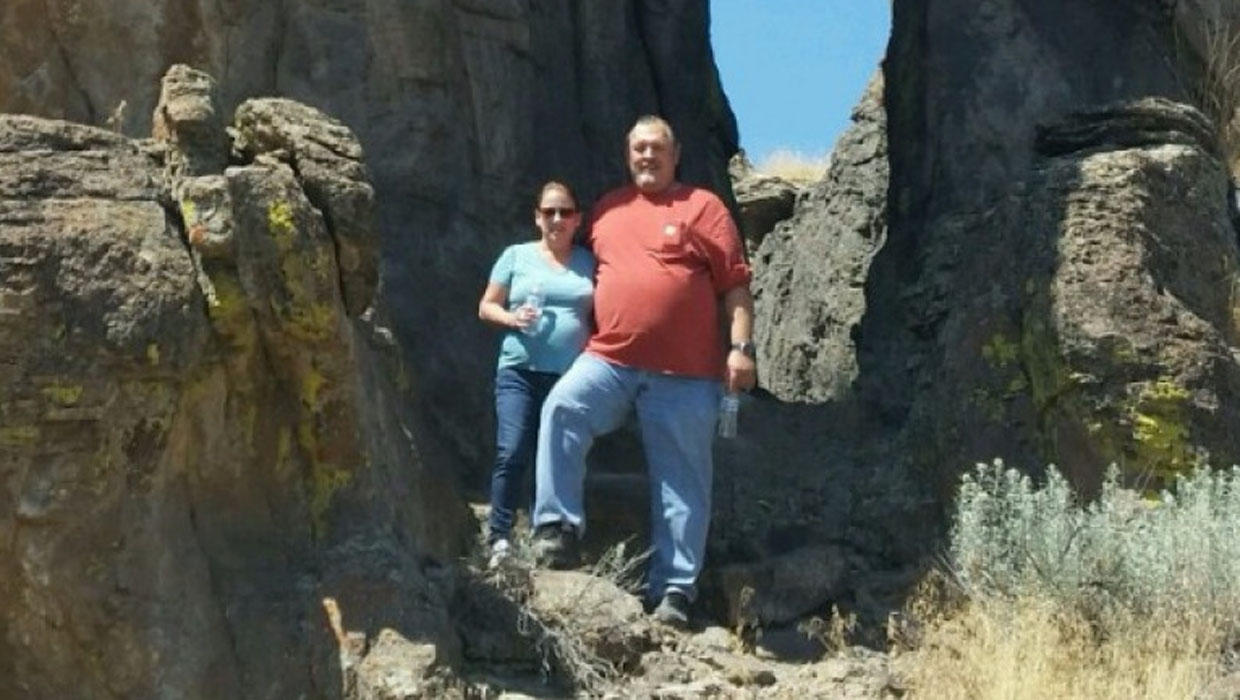 RANCHO TEHAMA RESERVE, Calif. -- Michelle McFadyen was driving to the store with her husband when the couple strayed into the path of a shooting rampage in their small Northern California town.

The gunman, identified by authorities as Kevin Neal, killed Michelle McFadyen, 55, and wounded her husband, Troy McFadyen, 47, both of whom he randomly picked to shoot after killing his wife and two neighbors. Neal killed another man at random and wounded at least eight others, including a 6-year-old child shot in the chest at the town's school.

Neal swerved his vehicle to try and ram the McFadyens' car head-on, Troy McFayden's nephew, Eric McFadyen, said Thursday. After running them off the road, Neal parked his vehicle, walked toward them and fired into their car, he said.

"They started running for their lives and that's when he killed Michelle, and shot my uncle in the legs," Eric McFadyen said.

Neal walked up to his uncle "to finish him" but his uncle pleaded with him and told him to save his bullets because he would bleed to death. Michelle McFadyen was already dead, he said.

"For whatever reason the guy turned around and that's when they think he went to the school and started shooting at kids," Eric McFadyen said.

Shortly after, Eric's father got a call from Troy.

"He just kept saying, 'They shot Michelle, she is dead. She is right at my feet, they shot me. I need you here brother, I need you here,'" Eric McFadyen said.

Michelle was a child protective officer and had worked with troubled kids. Troy is a pile driver who has worked construction all his life. The couple had been together for at least 15 years, Eric McFadyen said.

Troy has gone through at least two surgeries and has a long recovery ahead, said Eric McFadyen, who has set up a GoFundMe page to help him.

The Tehama County Sheriff's Department released the names of all of the victims killed on Thursday night.

Along with Michelle McFadyen, the dead were Danny Lee Elliot, 38, Diana Lee Steele, 68, Joseph Edward McHugh III, 56, and 38-year-old Barbara Ann Gilsan, who was the gunman's wife. Gilsan was found shot dead under the floorboards of Neal's home. Authorities believe her death on Monday was the beginning of Neal's rampage.

Victims Danny Elliot and Diana Steele, a mother and her adult son, were gunned down in their home, according to a fundraising page for Elliot's son Gage, 7, who attended the elementary school Neal targeted. The boy was not injured.

Neal had reportedly assaulted Steele, who was his neighbor, in January in an incident in which he also stabbed Elliot's girlfriend, Hailey Suzanne Poland.

That incident resulted in a restraining order which should have barred Neal from owning guns. Poland wasn't there during Tuesday's attack and wasn't harmed, CBS News' Jamie Yuccas reports.

Police have said Neal shot his neighbors in an apparent act of revenge before stealing a truck and heading to the elementary school.

Survivor Tiffany Nai Phommathep told CBS affiliate KHSL from her hospital room that she was driving with her three young sons to the school, where she was to drop off the two oldest, when the gunman pulled alongside their truck. She said she recognized the gunman as Neal, her neighbor, and at first thought he was in a rush and trying to get past her.

But he pulled out a gun and opened fire.

Phommathep was the most severly injured. She was struck five times while trying to shield her oldest son, who was in the front passenger seat, according to a GoFundMe page.

Phommathep told KHSL she screamed to her oldest son to get in the back and help his brothers while she tried to drive to a hospital.

"I decided to keep on driving to the hospital, but my body was going numb and I couldn't hear anything but when I heard my kids cry I woke myself up again," she said.

She said she tried multiple times to flag down passersby but no one would help her. Eventually she was able to flag down a sheriff's official who called for ambulances.

"I'm just relieved that I'm still here to be with my kids and be here to see them grow up but I'm also hurt that this had to happen to me," she said.

Officials have not released the names of the injured children, but they said two boys, 10 and 7, were treated and released from the hospital. Phommathep, who was struck four times in her left shoulder and once in her abdomen, remains hospitalized, according to the fundraising page.

Corning Elementary School District Superintendent Richard Fitzpatrick said it was likely the shots fired at the parent and students on their way to school were the ones heard by school staff, who made the critical decision to lock the school down.

Authorities have said the quick actions of the staff getting children inside and locking doors averted what would have been a "horrific bloodbath." The gunman rammed a locked gate at the north end of the campus with his truck, Fitzpatrick said, breaking through it. He then ran to the school's main quad, and began shooting windows, shooting walls and shooting doors.

He tried to open several doors but was unable to access the school, Fitzpatrick said. He eventually grew frustrated and drove off.

A six-year-old boy was in a K-1 classroom inside the school when bullets traveled through the wall and struck him in the chest and foot, Fitzpatrick has said. He is reportedly in stable condition at a hospital.

Authorities have not released his name.

After leaving the school, Neal continued the shooting spree. According to a GoFundMe page, James Woods Sr. and James Woods II were in their car at the post office when the gunman opened fire through the driver's side window and the windshield. The elder Woods was grazed on the face by a bullet and glass fragments. The younger Woods was struck by a bullet that went though his cheek, shattering bone and knocking out his teeth. The fundraising page says the younger Woods, a father of two young children, is hospitalized in critical condition and has a "very long road to recovery."

Francisco Gudino Cardenas, according to a GoFundMe page, was in his car on his way to the post office when he pulled over to make way for sheriff's officials, who unbeknownst to him were in pursuit of the gunman. The shooter pulled up next to Cardenas and shot him in the leg, striking an artery that caused major blood loss, the page said.

Despite the injury, he managed to get out of the car and run as the shooter pursued him, attempting to shoot him again. Seconds later, police engaged the suspect and shot him to death.

The page says Cardenas, the father of a three-year-old son, underwent major surgery.

His family feared the worst until they were contacted by the sheriff's office and learned he was hospitalized.

"Francisco is still currently in the ICU and his family is very shaken up by this whole situation," the page says.