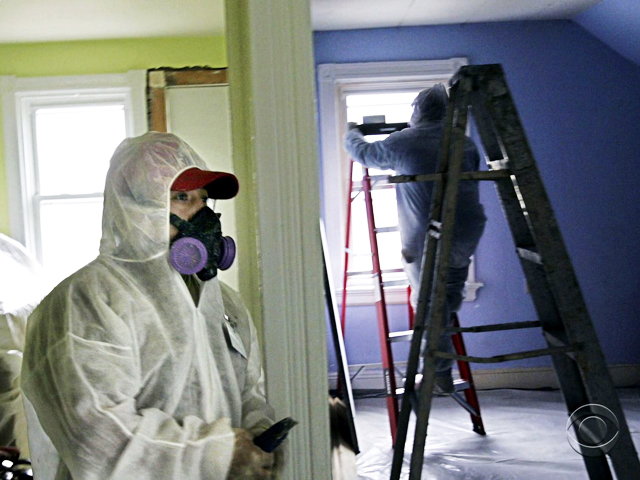 LOS ANGELES -- A California judge has ordered three paint companies to pay for the removal of lead from millions of older homes in the state. It won't be cheap: the fine levied by the judge totals just over $1 billion.

The house Eduardo Sencion bought in North Hollywood three-and-a-half months ago was built in the 1930s. He figured it may contain lead paint and says he was concerned for his kids' safety.

On Tuesday, inspectors found lead paint on the windowsills and kitchen counter. This is the kind of lead removal a California judge wants several paint companies to now pay for.

In his decision Monday, the judge ruled that three companies created a "public nuisance" by selling lead paint before it was banned in 1978. The $1.1 billion fine will be used to remove lead paint in an estimated 4.7 million California homes, many in low-income neighborhoods.

Even low levels of lead can damage a child's mental and physical development. A nationwide survey found that 52 percent of homes built before 1978 still contain lead paint.

Bonnie Campbell is a spokesperson for the paint companies who plan to appeal the ruling.

"At no time did any public health official say that there was a concern about lead-based paint," Campbell says. "In fact, the concerns that are alleged today were unknown and unknowable decades ago."

But the judge said the companies did know lead paint was hazardous. In a document from the year 1900 revealed in court, Sherwin-Williams described the white lead in its paint as a "deadly cumulative poison."

Previous lawsuits against the paint industry in seven other states have failed, making the California ruling a big victory. But it took a long time; the litigation in California began 13 years ago.