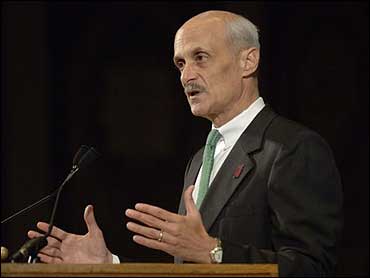 The study found that male non-coffee drinkers were two to three times more likely to get the disease than men who drank 4 ounces to four cups a day.

The researchers said the benefits are probably due to caffeine. Apparently the more the better, and they suggest some theories about how it might work.

But, the researchers added it is uncertain whether their results would hold for other ethnic groups and women.

How coffee seems to block the disease is not examined in the federally funded study of 8,004 Japanese-American men in Hawaii.

Outside experts said the findings, if confirmed, could lead to ways to treat Parkinson's more effectively or even prevent the disease, which afflicts 1 million Americans.

The study was led by Dr. G. Webster Ross, a neurologist at the Veterans Affairs Medical Center in Honolulu.

Ross said it is possible that heavy coffee drinkers have a brain composition that may make them resistant to Parkinson's. Previous studies have found low rates of Parkinson's in "thrill-seeking" people who tend to engage in high-risk behavior like smoking and heavy drinking, and heavy coffee drinking also fits that personality profile, he said.

But he also suggested that caffeine may somehow protect against the nerve-cell destruction that causes Parkinson's. He added that it's too early to recommend coffee as a treatment.

"Hopefully, this will lead to more basic research on caffeine and its effect on areas of the brain affected by Parkinson's disease," Ross said.

Dr. Abraham Lieberman, medical director for the National Parkinson Foundation, called the results "very interesting and very provocative." He said that if caffeine does have benefits, it is unclear whether it can actually prevent Parkinson's or slow its progression.

Parkinson's is usually associated with aging, though it has made headlines recently with actor Michael J. Fox's disclosure that he was diagnosed seven years ago at age 30. Attorney General Janet Reno and Muhammad Ali are among others with Parkinson's.