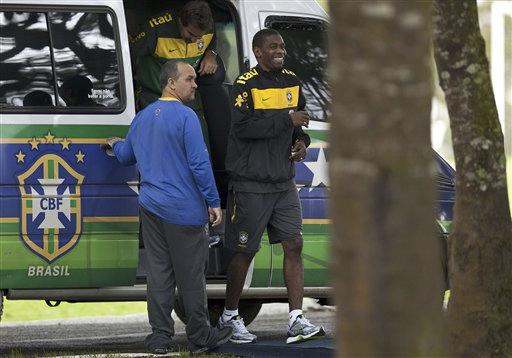 The bare-knuckles battle between President Bush and Democrat John Kerry neared an end on Saturday with both men maneuvering for political advantage from Osama bin Laden's surprise message to the American people.

"The terrorists who killed thousands of innocent people are still dangerous and they are determined," Mr. Bush said at a campaign rally.

Stumping 25 miles from the president in eastern Wisconsin, Kerry responded to bin Laden's re-emergence with Kerry's months-old criticism of Mr. Bush's post-Sept. 11 tactics in Afghanistan, the terrorist mastermind's once and perhaps current home.

"It was wrong to divert our forces from Afghanistan so that we could rush to war in Iraq without a plan to win the peace," said the Democratic challenger. "It was wrong to outsource the job" of capturing bin Laden to local warlords.

The race, meanwhile, remained too close to call, with three daily tracking polls showing the contest to be a dead heat. The Washington Post poll showed Mr. Bush at 49 percent and Kerry at 48 percent. The Zogby survey showed Kerry with 47 percent and Mr. Bush with 46 percent. Separately, the Rasmussen poll showed the president with 47.9 percent to Kerry's 47.1 percent.

However, Mr. Bush gained ground in a Newsweek poll that has him leading Kerry by a 50-44 percent.

The campaign back-and-forth played out as the U.S. military in Iraq announced that eight Marines were killed and nine wounded in action Saturday in Anbar province west of Baghdad.

The two candidates responded to the bin Laden tape in ways reflecting their long-held campaign strategies.

The president has sought to offset voter concerns about the war in Iraq, the economy and his overall job performance by fueling fears about terrorism — and raising doubts about Kerry's ability to respond.

At his first stop in GOP-leaning western Michigan, the president raised the stakes in the election while reminding voters of the 2001 attacks. "Americans go to the polls at a time of war and ongoing threats unlike any we have faced before," Mr. Bush said.

In response to the videotape, the Bush administration warned state and local officials that the tape may be intended to promote or signal an attack on the United States.

Kerry has tried to tap deep anti-war sentiment within the ranks of the Democratic Party while assuring swing voters that he would keep them safe. The decorated Vietnam War veteran pledged anew to "destroy, capture, kill Osama bin Laden and all of the terrorists."

After his Appleton rally, Kerry handed out campaign literature to volunteers knocking on doors in the battleground state.

With up to 40 states already in the Kerry or Bush camps, the race is concentrated in closely fought Florida, Ohio, Pennsylvania, Wisconsin, Iowa, Minnesota, New Mexico and Nevada. Another six to 12 states could come into play before the unconventional campaigns draw to a close.

Throughout the battlegrounds, Kerry's mostly paid-army of organizers was pitted against Mr. Bush's largely volunteer-driven team to get supporters to the polls Tuesday. It's too late for some: Early voting mushroomed this year and, in Florida alone, nearly 2 million voters have already cast ballots.

"It looks like the All-American tradition of voting on Election Day is going out the window," said Fred D. Galey, elections supervisor in Brevard County.

In Maine, a state Mr. Bush expects to lose to Kerry, the Democrat poured last-minute money into a Social Security ad aimed at elderly voters in the north. Unlike most states which have a winner-take-all system, Maine awards two of its four electoral votes based on congressional district votes.

Hawaii's four electoral votes drew Democrat Al Gore to the islands he won in 2000. Wearing a green-and-red flower lei, the former vice president tried to shore up Kerry's campaign in the Democratic bastion.

Rock star John Bon Jovi and actor Ashton Kutcher campaigned with Kerry in Iowa, another Gore-won state looking shaky for Democrats. "You have the power to give America a fresh start," Kerry said, borrowing the campaign slogan of former Democratic rival Howard Dean.

Kerry ended his day of campaigning with the same message that he began with in Appleton, Wisconsin, this morning: get out and vote on Tuesday. As many as 30,000 people crowded into the courthouse square in Warren, Ohio, tonight to hear Kerry's message. He told them, "This is the choice of a lifetime."

Kerry says all the quality-of-life issues are on the ballot Tuesday, and he believes on all of them, he can do better than President Bush has done over the past four years.

Meanwhile, President Bush finished his day at a rally in Orlando, which marked his 33rd trip as president to the state that decided the 2000 election. He predicted a "great victory" in the state on Tuesday, but, leaving nothing to chance, planned to campaign in Florida all day Sunday, starting with a church service.

Bush was likely to campaign in Pensacola, Fla. again on Election Day, as well as in Ohio, Republicans said.

The congressional races did not lack for intensity, an unexpectedly close Senate campaign in Kentucky among them. "I think we've all broken the Ten Commandments," said Sen. Jim Bunning, accused by his Democratic rival of violating two of them. Dan Mongiardo made his charge after Republicans suggested he is gay, which he denied.

In a presidential race this close, both sides are on the alert for below-the-radar nastiness. Democrats said a bogus letter was circulating in South Carolina, threatening the arrest of voters who had outstanding parking tickets or failed to pay child support.